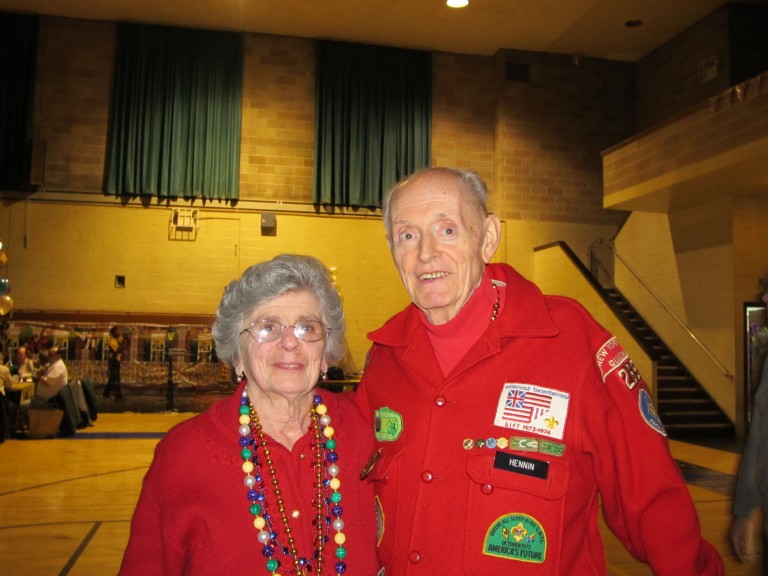 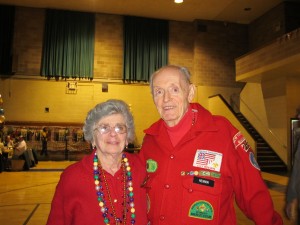 Roger Hennin and his wife, Josephine, raised their family in Woodhaven and often worked together in their efforts to better their community. They were the first two to be admitted into the Woodhaven Residents’ Block Association Hall of Fame. Photo Courtesy of WRBA.

Hennin, who died last Wednesday at the age of 85, knew Woodhaven as the place where he spent his childhood doing everything from riding his bike along tree-lined streets to watching his house be torn down so Woodhaven Boulevard could be expanded, where he raised a family with his wife of 63 years, Josephine, and where he spent his days and nights trying to improve his community.

For more than two decades, Hennin was a board member of the Woodhaven Residents’ Block Association, he was a Eucharistic minister for St. Thomas the Apostle on 87th Street, and he served as a member of the Knights of Columbus. A proud graduate of the Franklin K. Lane High School class of 1947, Hennin spent only a couple years away from Woodhaven, living in Briarwood with his wife just after they were married – but the two quickly returned and he spent the rest of his days in the place he always knew as home.

“I knew him for 40 years, and he was a wonderful, dedicated resident to the community,” said Maria Thomson, executive director of the Woodhaven Business Improvement District and the Greater Woodhaven Development Corporation. “He was a good father, a good husband, a good Catholic, and a very dedicated community servant.”

Thomson emphasized his devotion to his family, including his wife, who he met at a party on Rockaway Beach. As members of St. Thomas the Apostle, Hennin and his wife would bring Communion to housebound residents of the community, as well as patients at Jamaica Hospital.

The two were the very first members of the Woodhaven Residents’ Block Association Hall of Fame in 2010.

“He gave us a connection to the history of the neighborhood,” Wendell continued. “He was someone who has seen what happens to a community over time. He was someone who could lend that perspective, and I really appreciated that.”

Wendell, who recorded an interview with Hennin several years ago that he is giving to St. Thomas the Apostle students who are producing a film about Woodhaven’s history, said Hennin told him one of the most striking moments of his childhood was watching his boyhood home being torn down.

“They widened the Boulevard and destroyed hundreds of houses,” Wendell said. “Roger’s house was bought via eminent domain, and they bought another house in Woodhaven. He went down on his bike and watched his old house being bulldozed – he said it was the weirdest thing he’d ever seen.”

A wake was held for Hennin at Walsh and LaBella on 87th Street on Saturday and Sunday, and a funeral mass was held on Monday at St. Thomas the Apostle.

“I’m definitely going to miss him,” Wendell said. “We all are.”