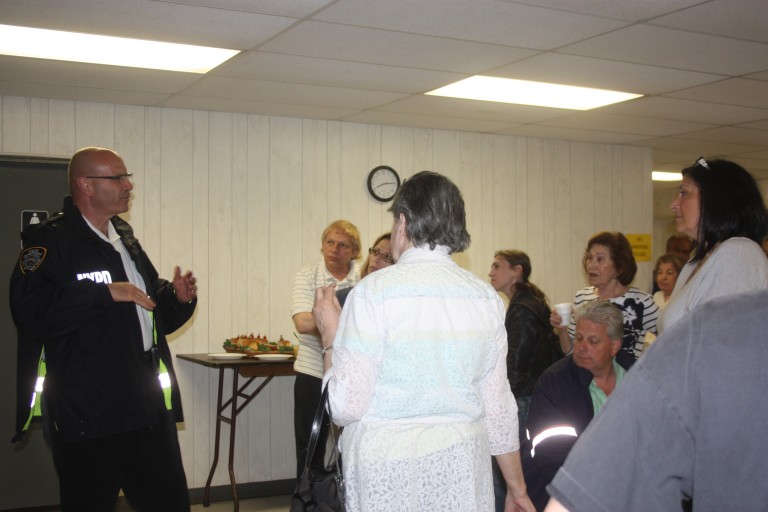 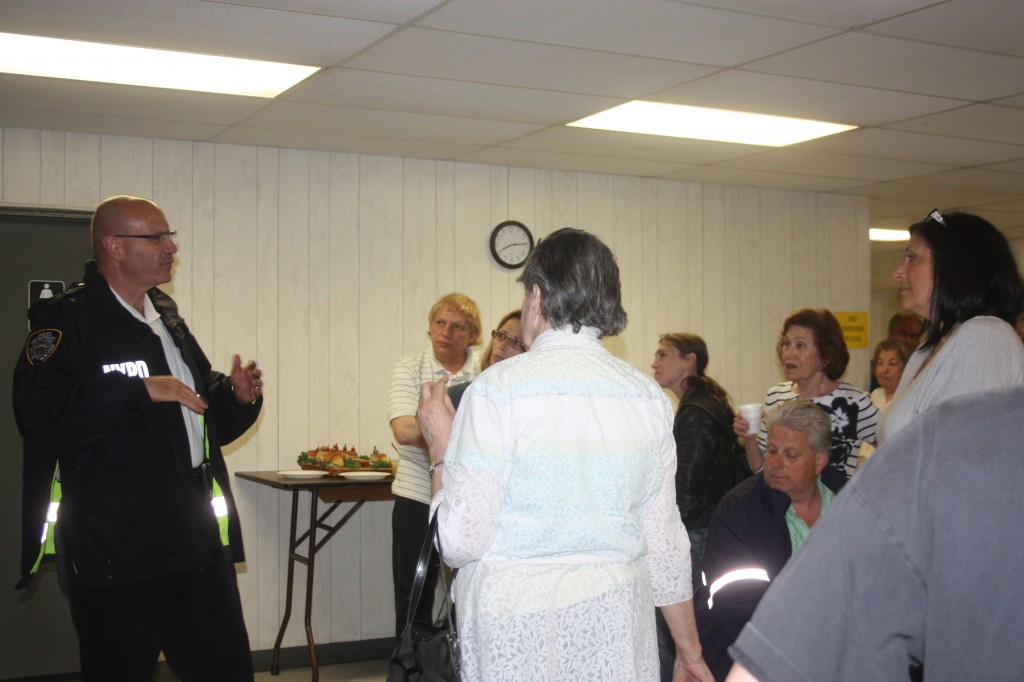 Deputy Inspector Thomas Pascale has the attention of Lindenwood Alliance members as he relates the story of the latest push-in robbery attempt in Howard Beach. Patricia Adams/The Forum Newsgroup

News spread quickly through Howard Beach on Monday afternoon, when two fast thinking female residents prevented the robbery of their home, sending the potential intruders away with nothing.

Police say the female homeowner receives a lot of packages at her house on 90th street between 156 and 157 avenues, and was at once suspicious when the two black males, wearing authentic FedEx uniforms, did not have the electronic tablet drivers always carry.

When she questioned the men as to where it was they said they had left it on the truck. Police believe the thieves timed their attempt to coincide with an actual FedEx delivery in the area so a truck could be seen.

The men then tried to get into the house, which is when Deputy Inspector Thomas Pascale says the woman hit them with a phone and her daughter also got involved with physically preventing them from entering the house. The two men took off without having the opportunity to steal anything from the home.

Inspector Pascale went on to say that the two men walked in from 157th avenue and when they left they walked up to 156th Avenue leading police to believe the men were going to be picked up by a waiting car on 156th avenue.

The inspector said that one interesting thing about the crime is that the men were wearing actual FedEx uniforms but they were carrying an umbrella which is not part of the uniform. Police did collect the umbrella at the scene for evidence and are still looking for the two suspects.

Police ask that all residents are aware of scams such as this one where individuals represent themselves as employees of delivery services or utility companies. If you see anything suspicious they ask you to call 911 immediately.