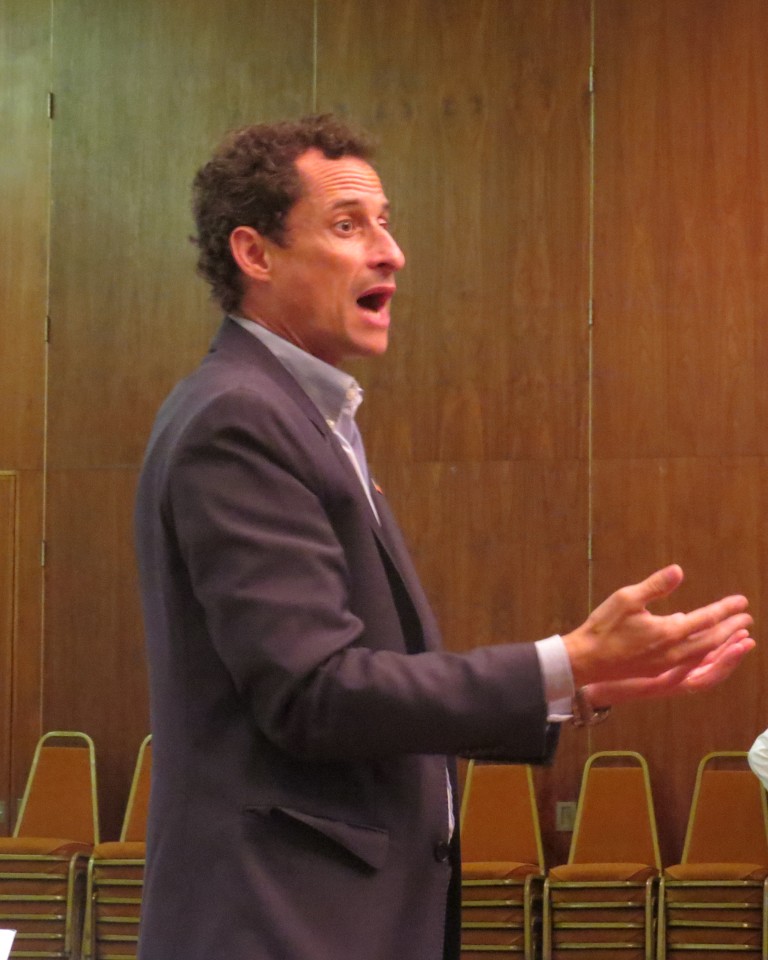 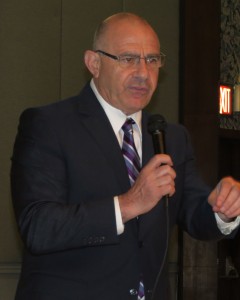 The Democratic mayoral candidates who spoke at a civic forum in Far Rockaway this week may disagree on issues from whether or not to keep Police Commissioner Ray Kelly in his current position to the NYPD’s controversial stop-and-frisk program, but they all agreed on one thing: The city must be better prepared for the next Hurricane Sandy.

Candidates Sal Albanese, previously a Brooklyn Councilman; ex-U.S. Rep. Anthony Weiner, who once represented parts of the Rockaways before resigning in the face of a sexting scandal in 2011; and City Comptroller and former Flushing Councilman John Liu; and gathered for a candidates’ forum sponsored by the Bayswater Civic Association in Far Rockaway on Monday night. Council Speaker Christine Quinn (D-Manhattan), Public Advocate Bill de Blasio, and former Comptroller Bill Thompson were invited but did not show to address the crowd, which included a large congregation of Broad Channel residents.

While the mayoral candidates expectedly highlighted their own backgrounds and touted talking points about everything from education to crime, they also focused on storm preparedness in the city – and what they said was an appalling lack thereof before Hurricane Sandy.

“For 10 years the city was warned about a storm like Sandy, and they did nothing to prepare,” said Albanese, a former public school teacher who represented southwestern Brooklyn – also hit hard by Sandy – in the Council for four terms until 1997. 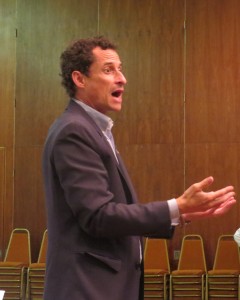 “I’ve been a major critic of how the city did not plan for a storm like Sandy,” Albanese continued. “In my administration, we’d lay out plans for evacuation, for power grids, for protecting the shore line. We’re going to get hit with another storm, it’s just a matter of when.”

Additionally, Albanese said he would want to ensure there are point people from city government who would be tasked with working with residents still struggling to rebuild after Sandy.

“We’d have people on the ground to respond to, and answer questions about mold, about insurance,” he said.

Weiner also lambasted government officials for both preparation for a storm like Sandy, as well as government agencies’ response to residents after the hurricane.

The former Congressman went on to say there needs to be “a real advocate in City Hall to fix the flood insurance program” and slammed federal guidelines that would force numerous residents to shell out money – from pockets that have, for many people, already been emptied to renovate homes – to elevate houses in areas designated as flood prone.

“You can’t have everyone raise their homes,” Weiner said to murmurs of approval from the audience. “It’s an extra tax.”

Weiner – currently the frontrunner among his Democratic opponents, according to the most recent Marist poll – also said marshlands “are disappearing” and need to be brought back to better mitigate flooding.

“And we need to build up bulkheads bayside, not just oceanside,” he added.

Liu, too, chastised the city for not being better prepared for a massive storm like Sandy.

“We should shore up communications, electrical and transportation systems,” Liu said.

Candidates did not see eye-to-eye on many non-hurricane related issues. Liu, for example, said he wants to completely eliminate the NYPD’s stop-and-frisk program that Mayor Bloomberg and Kelly have hailed as necessary to reduce crime and remove guns from the street, but which critics have said unfairly target minorities and do not yield high rates of confiscated weapons.

Weiner and Albanese, meanwhile, both criticized the program but said they would reform it, not ax it altogether.

Saying the Queens borough president office has lacked teeth in recent years, Avella said he would work to strengthen the position in order to “take on” City Hall for more services from Queens.

“We have a lot of problems with overdevelopment, and we need affordable housing and jobs,” Avella said.

“I’ll make sure sewers are a priority if I get elected,” Brown said.

Katz told the audience she would fight for additional health care resources in Rockaway – especially in light of last year’s closure of Peninsula Hospital – and wants to improve transportation services on the peninsula.