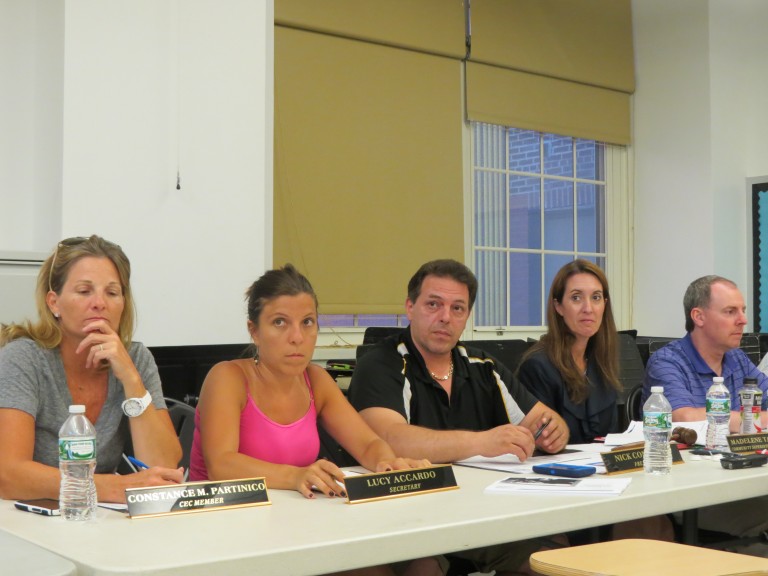 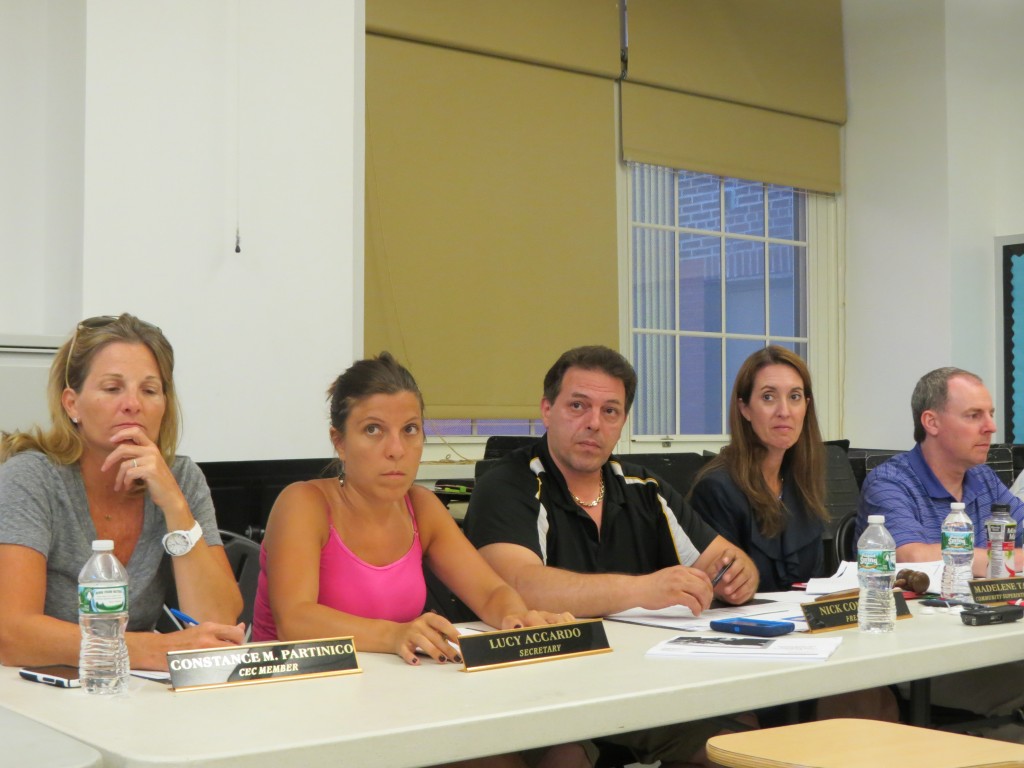 Community Education Council 24 members slammed the mayor over his educational policies, which they said have resulted in parents’ voices being ignored. Anna Gustafson/The Forum Newsgroup

Community Education Council 24 members issued harsh words for Mayor Bloomberg’s educational policies at their first meeting following summer break this week, lambasting the city’s leader for what they said was more than a decade of attacks on parents and teachers.

“It’s been 10 years of the destruction of an entire school system, of taking away the voice of the parents,” said Nick Comaianni, president of the council that covers schools in Glendale, Ridgewood, Elmhurst, Maspeth, Middle Village, and Corona.

The criticism at Tuesday night’s meeting followed a statement from CEC 24 Superintendent Madelen Taub-Chan that the district’s standardized test scores dipped last school year – as happened across the state. About 29 percent of third- through eighth-grade students in District 24 tested at or above proficiency in English on standardized tests issued last year. About 34 percent of the same group tested at or above proficiency in math.

Queens, and District 24, fared better than the city on average, and about 26 percent of city students passed the English tests, while 30 percent passed the math exams.

Bloomberg, city Schools Chancellor Dennis Walcott and state education officials said the drop in test scores was expected because the standardized tests were recently revamped to align with the standards of what is known as the Common Core – curricula that education officials say is more academically intensive and emphasizes deep analysis and problem-solving over short answers and memorization.

But, CEC 24 member Peter Vercessi said a number of problems plagued the tests last year that had nothing to do with more rigorous standards.

“Numerous students reported they found up to a dozen multiple choices where there were two answers so closely related that teachers said they could defend to the death two answers that could both be right,” Vercessi said.

The drop in test scores, CEC 24 members said, is indicative of Bloomberg’s failed education policies. Comaianni railed against mayoral control, which Bloomberg persuaded state legislators to pass not long after he took office in 2002 and which allowed him to take control of the city’s public school system. As the head of the school system, Bloomberg has focused on closing large neighborhood high schools and increasing an emphasis on standardized test scores – moves that have drawn ire in area across the city, and especially in Queens.

“The only thing that’s changed?” Comaianni asked at the meeting. “Morale is at an all-time low.

CEC 24 member Bill Kregler stressed the need to address overcrowding in District 24 – which has notoriously large class sizes in its schools, particularly in the Corona area.

“Teachers could teach better if they had smaller class sizes,” Kregler said.

“We have schools bursting at the seams,” he said. “For years they said they’ll build a school with ‘x’ amount of seats, and we say, ‘That’s not enough.’ Then they say, ‘Sure, they will be.’ But they never are, and there are sites available to build on.’”