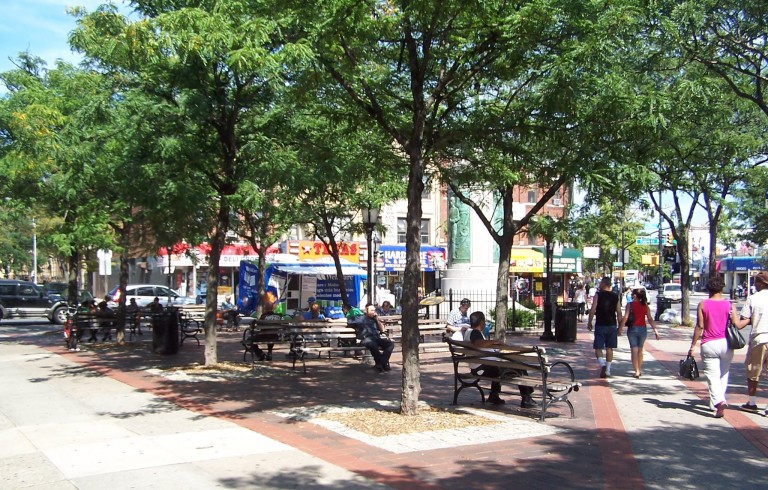 Ridgewood has long been a haven for middle-class families, and residents say it will continue to be so. File Photo

Ridgewood, Queens stands on a serious line of contention. If Brooklyn is popular, Queens is underappreciated. If Brooklyn is cool, Queens is low-key. If Brooklyn is expensive, Queens is cheap (but only relatively so). Most residents of Queens would like to keep it so, and are looking in askance at the recent hype of hipsters crossing the border that can be found in media publications. The thing is, what makes neighborhoods like Ridgewood, on the border of Bushwick and the source of recent speculation about it’s rising popularly, so attractive are also factors that will prevent them from becoming the next “hot place”.

“We’re aware of the changes,” says Vincent Arcuri, the chair of Queens Community Board 5, which serves Ridgewood, when asked about area’s popularity.

He is quick to note that the younger newcomers have been a positive addition of the neighborhood, setting up a co-op in the old Ridgewood Times building, forming a Save the Ridgewood Theater group and joining the community board.

“There are a lot of good vibes with the new people,” he says. “It bodes well, they are already active in the community.”

Ridgewood is the frontline in the division between Brooklyn and Queens. It even looks different than Brooklyn, with neat brick six-family homes dating from the turn of the 20th century standing in stark contrast to the warehouses and loft apartments that are so popular in Bushwick and Williamsburg. As these houses add to the charm of the neighborhood, they have also been lived in more or less continually since the time of their construction.

This makes their pretty facades a more important distinction between Bushwick and Ridgewood: the constancy in the neighborhood largely prevented the blight-flight-return-rebirth that has plagued other parts of the city. Indeed, Ridgewood used to share a Brooklyn zipcode until the 1979 when the bad reputation of Bushwick caused Glendale and Ridgewood to request a transfer from Brooklyn 11227 to Queens 11385.

According to Crifasi, there is very little land left in Ridgewood to build up, unlike in Brooklyn where there are still warehouses and industrial areas that were abandoned or razed and are now ripe for development.

Eric Nelson is a writer who has lived in Ridgewood for just over 4 years after defecting from Bushwick at the suggestion of a friend. Nelson also notes a new demographic alongside the longtime residents. “[With] some young creative people moving here, a majority of new arrivals I see in the neighborhood are regular, hard-working people, many of them with families who want a pleasant, quiet neighborhood to live in.” he says. The other major change has been the addition of new coffee shops, which “attract a varied crowd.”

Nelson echoes Crifasi in his skepticism of Ridgewood as the next Bushwick, noting that many of the buildings are owner-occupied and many of the blocks are designated as historical districts.

In his words, “It’s a great neighborhood. The pre-war buildings are gorgeous and people take care of their block. It makes me want to do the same.”