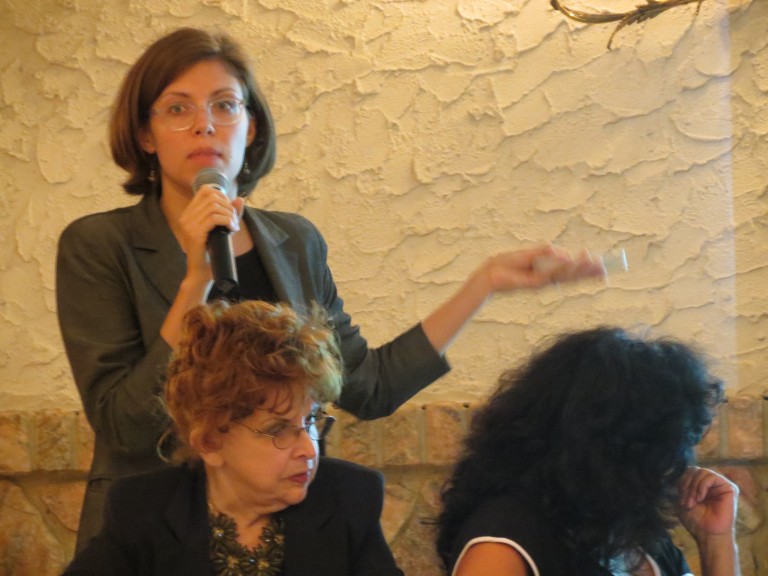 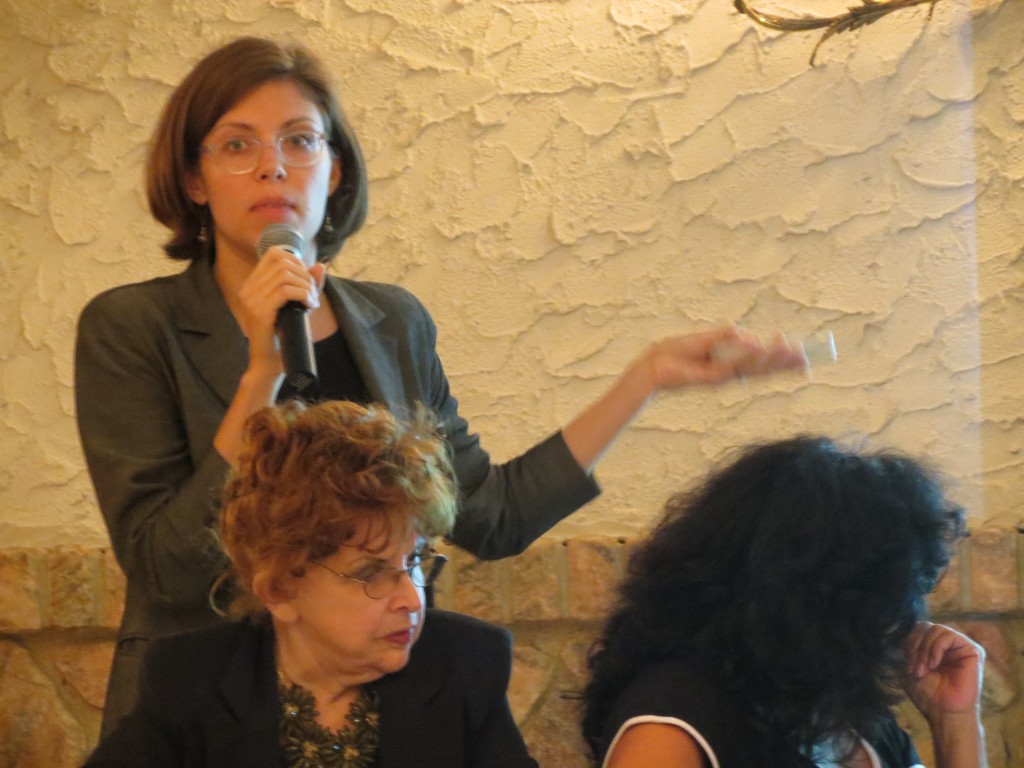 Ever epic, the Community Board 9 meeting this month included board members shouting at one another over an evaluation of District Manager Mary Ann Carey – as well as a presentation about a pedestrian plaza proposed for Ozone Park and a near unanimous vote to deny a liquor license to a Rockaway Boulevard billiard hall that neighbors said had, in the past, been the scene of brawls and underage drinking.

At the board’s June meeting, some members had originally entertained a notion to dismiss Carey but instead opted to retain Queens’ longest-serving district manager, with the provision that she and board members work together to address concerns. Among the problems cited by various members were a lack of communication and the speed with which issues are dealt.

Board member John Carter said at Tuesday night’s meeting that he and two others worked with Carey on a report about the district manager’s general responsibilities, but they themselves did not evaluate Carey’s own performance.

“We recommended the district manager receive an evaluation as soon as possible, certainly before the September meeting,” Carter said. “If the evaluation is such that probation is deemed warranted, we’d start the six-month clock from that point.”

Some members praised this collaboration, but there was consternation over other writings specifically in reference to Carey’s performance which caused a general breakdown among board members at Tuesday’s meeting.

Board member Sam Esposito, pointing to a document he accused CB 9’s chairman of writing – but which Chairman James Coccovillo noted was not signed with any specific person’s name, said, “we all know what’s going on here.

“Whoever did this evaluation, we do not trust,” Esposito said. “I want someone to evaluate her who’s going to do an honest assessment.”

Carey, whose board covers Kew Gardens, Richmond Hill, Woodhaven, and Ozone Park, said at the meeting that Carter’s report about their collaboration was correct but that “this evaluation I received from Jim Coccovillo’s horrible and says I don’t meet any of the standards.”

Less dramatically, City Planner Emily Weidenhof gave a presentation about the city’s proposal to build a pedestrian plaza at 101st Avenue and Liberty Avenue between Drew Street and 75th Street. The plaza, which would at first be temporary in the case that it is a problem for the community, would include sitting benches and planters separating the space from vehicles.

Weidenhof said the plan has landed support from Councilman Eric Ulrich (R-Ozone Park), area businesses and Community Board 5 in Brooklyn. CB 9 did not vote on it during Tuesday’s meeting and is instead expected to make a decision next month.

“There’s also potential for art there,” Weidenhof said. ‘It’s another great way for local artists to get involved and bring anything from performance to physical artworks to the space.”

Esposito disagreed, saying he had not spoken with any business owners who support the plaza and noted “you have a par two blocks from here.”

Other board members backed the idea, including Andrea Crawford and David Adorno.

Adorno emphasized that it would be “an incredible opportunity to bring out different people in the community.

“I think it’s a great idea, especially because it’s temporary, so if it causes problems, we can have it removed,” Adorno continued.

At the end of the meeting, all board members but one – who abstained – voted to deny a liquor license for El Rey IV Billiard Lounge, Inc. at 75-16 Rockaway Blvd. in Woodhaven.

Woodhaven Residents’ Block Association President Ed Wendell said his organization had received numerous calls from concerned residents about this property and the potential of it receiving a license. Wendell said residents said that when it once operated with alcohol, there was “underage drinking, fighting, assaults, weapons, trash” and other problems.

“Since the place has closed, it’s been relatively quiet,” Wendell said.