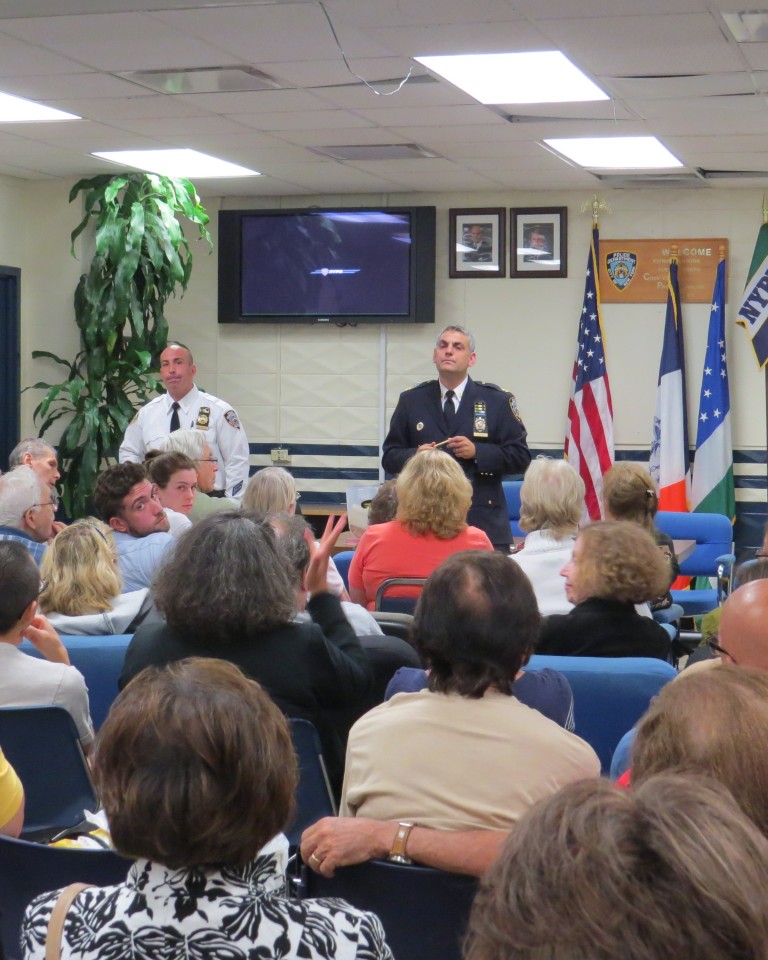 A number of community concerns were raised at the 112th precinct Community Coun­cil on Monday night, including a continuing dialogue between residents and police over the rash of burglaries that began several months ago in Forest Hills and still plagues the neighborhood.

Captain Thomas Conforti explained to about a hundred residents gathered that although the command has made several arrests and sent at least three career criminals back to prison, burglaries continue. He specu­lated that a probable contributing factor to the persistence of the problem is due partly because many people leave their doors and windows open and do not follow preventative measures to guarantee their safety. 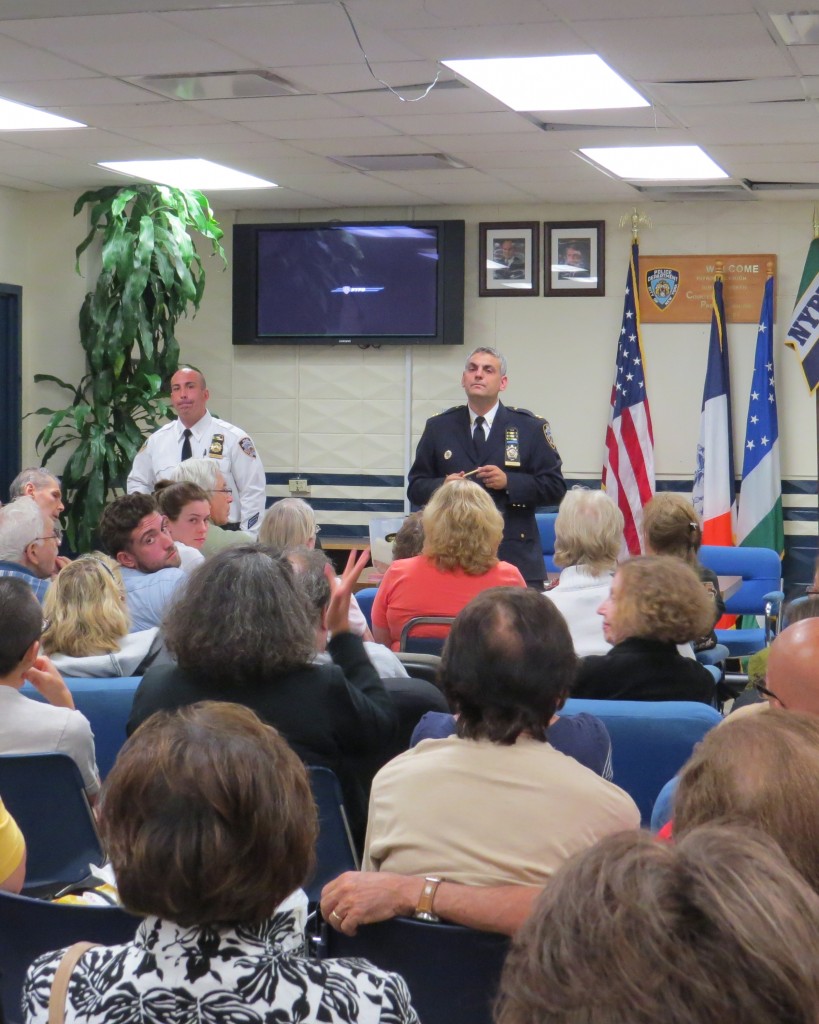 Conforti says that he is convinced a program he began months ago with precinct council president Heidi Harrison -Chain is really show­ing its value. The team implemented a Face­book page in order to disseminate information to the community and to alert them of any developments in the burglaries and other seri­ous situations affecting the community.

Now, after the social media tool has proved its worth, Conforti and Harrison Chain are putting together plans to add to their internet reach by hosting community council meetings online. “There are a great many people who cannot make it here to the meeting because of time, children—any number of personal rea­sons,” the commanding officer said, “they might be more likely to attend a virtual meet­ing. They would be able to access the same information as the residents who attend the meetings.” The project is very close to getting off the ground but no dates for the meetings have been formally announced yet. Please watch The Forum for details.

Another topic of concern among residents were the effects of the Mumford and Sons con­cert held several weeks ago at the Forest Hills Tennis Stadium. Residents said they could not get to their homes and that police stationed around the streets were not accepting identifi­cation from residents.

One homeowner on Burns Street, Patricia Perle Malley said she offered to show an officer her identification but he would not even look at it. “There were officers here from out of the area. One who was extremely arrogant made me walk all the way around Yellowstone Boule­vard,” declared Malley. “I kept telling him– but I live here! He just refused to listen.”

Overall Captain Conforti explained that despite the more than 16,000 people who came into the area for the evening, there was not one arrest, reported dispute or any other problems associated with the concert. The Captain said the area had not had an event such as this since 2009 when there was a Reggae Fest in the area which caused some disturbanc­es. “In order to eliminate past mistakes with policing for crowds, we did a lot of research and set up a buffer zone in which traffic and park­ing was minimized,” explained Conforti. “We took every necessary step in order to provide enough room in case of emergency and to guarantee that there was a means for emergen­cy vehicles to access the area.”

Conforti assured those assembled that plans are constantly being refined so that there are no problems or inconveniences heaped on resi­dents during any future events that may occur.

In closing the Captain addressed the fact that a number of scams, especially those that target the elderly, are still going on in the con­fines of the precinct. He urged residents to con­tinue to look out for their elderly neighbors and reinforced the need to call 911 even for the slightest suspicious activity.