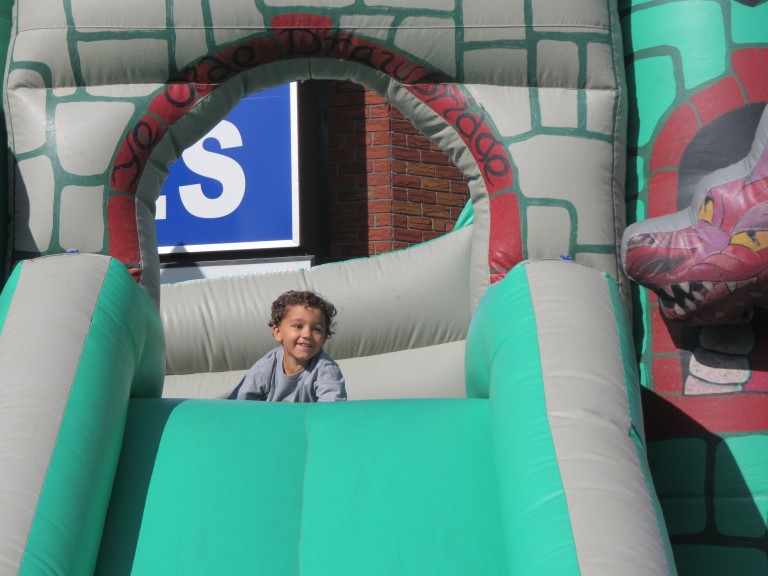 Thousands of people attended the annual Myrtle Avenue Fall Street Festival on Sunday, spending much of their day listening to everything from traditional Native American songs to rock and roll hits, munching on cake pops and empanadas, and learning more about a variety of neighborhood organizations.

The Myrtle Avenue Business Improvement District sponsored the festival, which ran from 12 p.m. to 6 p.m. and featured more than 200 merchants, children’s rides and game booths. The festival, which was held from Fresh Pond Road to Wyckoff Avenue, also included music from Joe Fuoco’s Music Center, exhibited vintage buses in cooperation with the Metropolitan Transportation Authority, and included antique cars from the East Coast Car and Riviera Owners Association.

Kenny Vasti, of Patchogue, L.I., shows off his 1965 Buick Riviera at the festival, where numerous classic car owners exhibited models from decades ago. “I used to work for Buick in ’65, and I loved this car then, but I couldn’t afford it. I waited 45 years to get this,” smiled Vasti, who bought the car four years ago.

Glendale residents Dorin Djura and his daughter, Lucciana, Djura, 7 months, were thrilled by the sea of classic cars that were brought to the event through the East Coast Car and Riviera Owners Association. 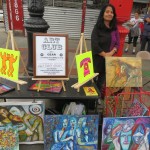 Artist Archana Santra displayed some of her artwork at the festival. Santra, who has shown her work around the globe – from India to Queens – is a member of the Art Club in Glendale. The club, which is free and open to anyone interested, is held each Monday from 6 p.m. to 9 p.m. at Gear, located at 61-08 Myrtle Avenue in Glendale. 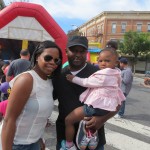 Glenda, left, 2-year-old London, and Anthony Shaw, of Ridgewood, enjoy the afternoon at the festival. 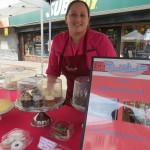 Countless residents lined up to sample treats served by Cristina Nastasi, the pastry chef at Rudy’s Bakery and Cafe – a mainstay in Ridgewood since 1934. Among the goods she sold were cake pops, rainbow cookies, cupcakes, oatmeal marshmallow sandwiches, and gluten free flourless chocolate cakes. 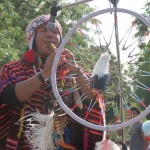 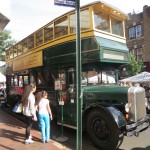 A double decker Fifth Avenue Coach Company bus, one of a number of vintage vehicles displayed at the festival, was parked outside the Ridgewood Theater. The bus operated from 1931 to 1953 and ran along the Fifth Avenue routes in Manhattan. 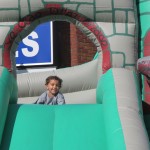 Isaiah Diaz, 3, of Ridgewood, peeks over the edge of one of a number of inflatable slides at the festivities. 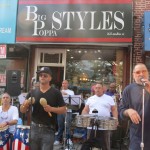 The band Davison Y Su Orquesta had festival goers on their feet and dancing.