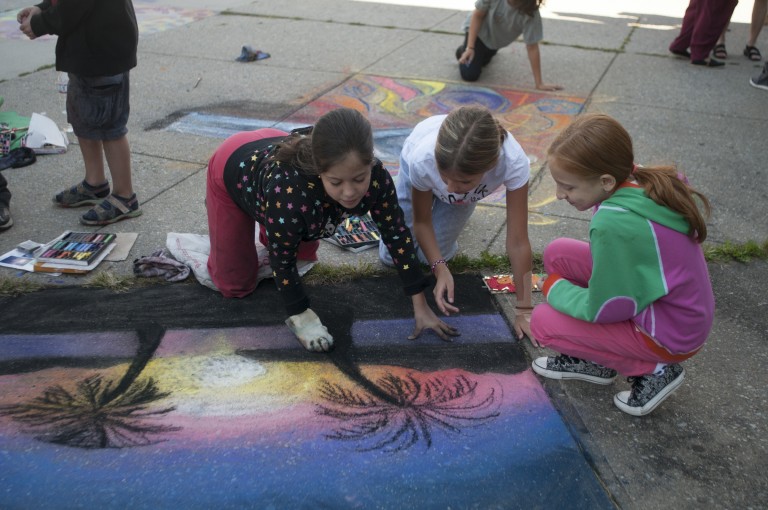 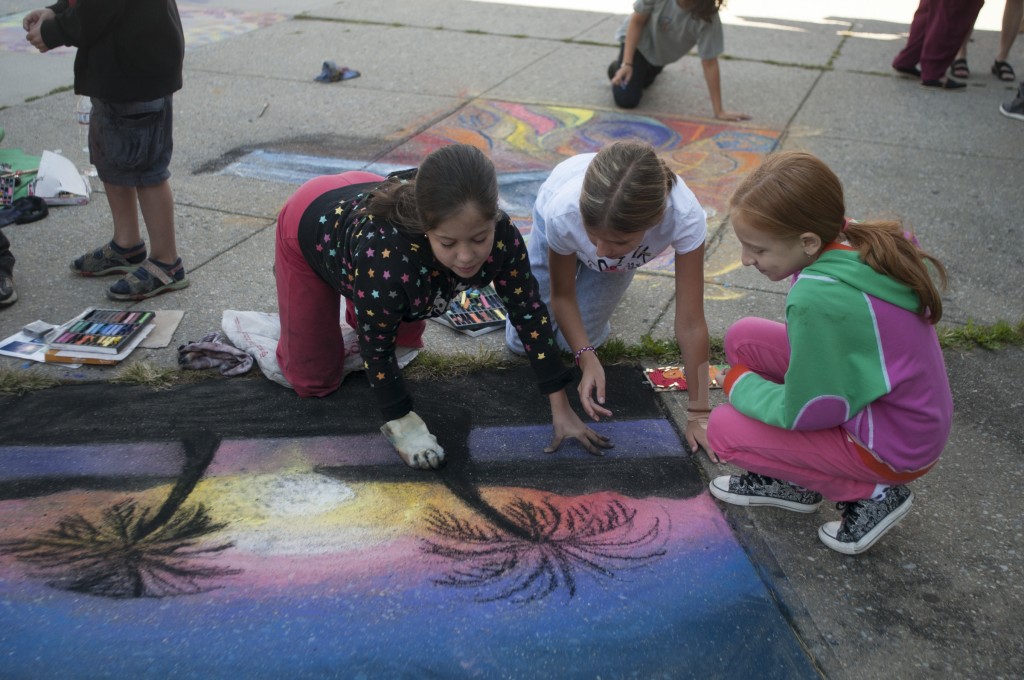 “Do you want to participate in a performance?” Sandra Vucicevic asked a passerby on a picture-perfect fall day in Kew Gardens last Sunday.

“I’m not artistic,” the woman hesitated, looking at the offered paintbrush covered in a cheerful green.

“Oh, why not,” the woman’s friend said, taking the offered brush and tracing the paint on a canvas which bore the marks of several dozen other participants. 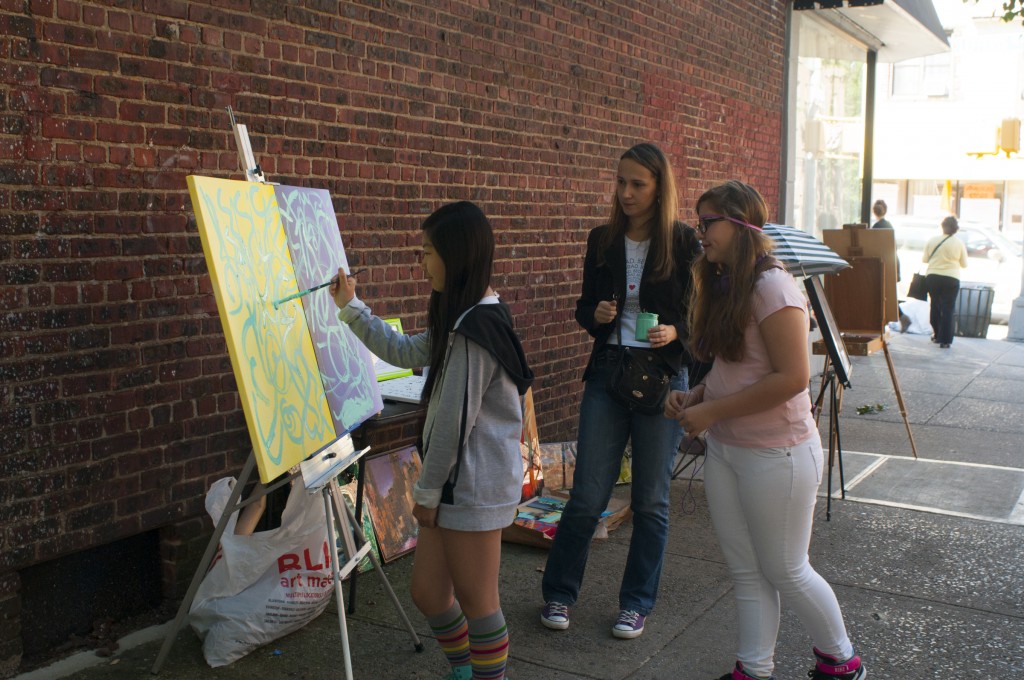 This is exactly the kind of exchange the Vucicevic was looking for. Her most recent project, Brush Votes, is a performance piece where members of the community place a single stroke of paint onto a canvas, allowing the audience to become the artist while Vucicevvic looks on.

The Queens Art Council is sponsoring Sandra’s project, but one would think that the idea was developed just for Sunday’s Kew Gardens Community Arts Festival, which had art and artists peeking out of corners and taking over intersections in an effort to showcase the creative talent that is in abundance in the neighborhood – and borough.

Grace Anker, the owner of the local pottery workshop Potters Wheel, said that three potters from her workshop participated in the day’s event, but that it has drawn the interest of potters in other boroughs as well.

“I’m very enthusiastic about this…it gives people here a chance to see local artists, and it gives local artists a chance to be appreciated,” Anker said. “It’s opening doors to other communities.”

Ali Hashmi, the owner of the Darbar Mehak, a Kew Gardens Indian restaurant, manned an outdoor buffet of samosas, chicken tikka and saag paneer that served as the main refreshment booth at the festival.

“Carol told me about her project, and I thought this would make it better for the community,” he said.

The Carol he cited is Carol Lacks, a force of a woman who serves on the board of the Kew Gardens Improvement Association. Her name is referenced everywhere when asked why artists, visitors and vendors are attending in the event: Carol invited me.

The Community Arts Day is her latest project to improve Kew Gardens. Past projects include Empty Bowls, an international movement to fight hunger; Wishes for the World, a Tibetan peace flag project which is being showcased as decoration; and a tile-quilt project.

“There are a lot of artists in this neighborhood and in Queens in general, and in order for people to know that, we have to do public things,” she said, walking quickly between chalk drawing and the information booth, stopping every so often to say hi to passersby.

“We also want people to come to the stores,” she continued. “Our merchants are great.

We know who they are, and we want people to meet them.”

To achieve this, the information booth handed out green cards that had a map of participating vendors and locations of artwork, with a spot for stamps on the back. Completed cards were eligible to win prizes in an afternoon raffle. The premise is simple: the more places in the neighborhood you visit, the more art you see, the more stamps you get, the better to win prizes.

The map was also handy for one not familiar with Kew Gardens, as the art fair sprawled across the downtown in a hopscotch pattern. Turning down one side street yields a comic-book stand where Kevin Anglaide and Alton Taylor were showcasing their graphic art books and prints. Another corner had the next generation of artists drawing in chalk.

“I like sketching,” said Abigail Glezer, 10, while helping her friend, Fay Schemper, complete an elaborate beach scene. Both girls are seriously contemplating their masterpiece, gloved hands blackened with chalk.

“I like school art!” Her sister Daniella Glezer, 9, added, not to be outdone.

“I love this place,” said Anna Reza, a photographer whose young daughter, Zaira, 6, is doodling with chalk alongside her father, illustrator Geovanny Lopez.

“I have four words: community sharing arts and culture,” Lack said. “That’s what we’re trying to do here.”