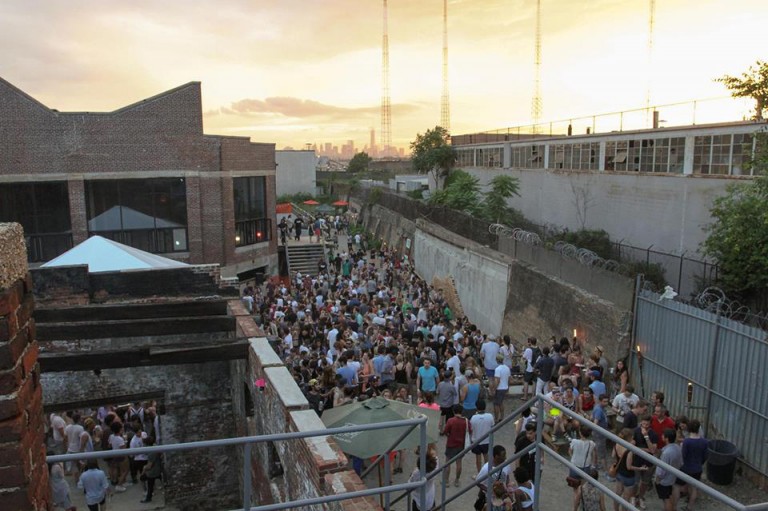 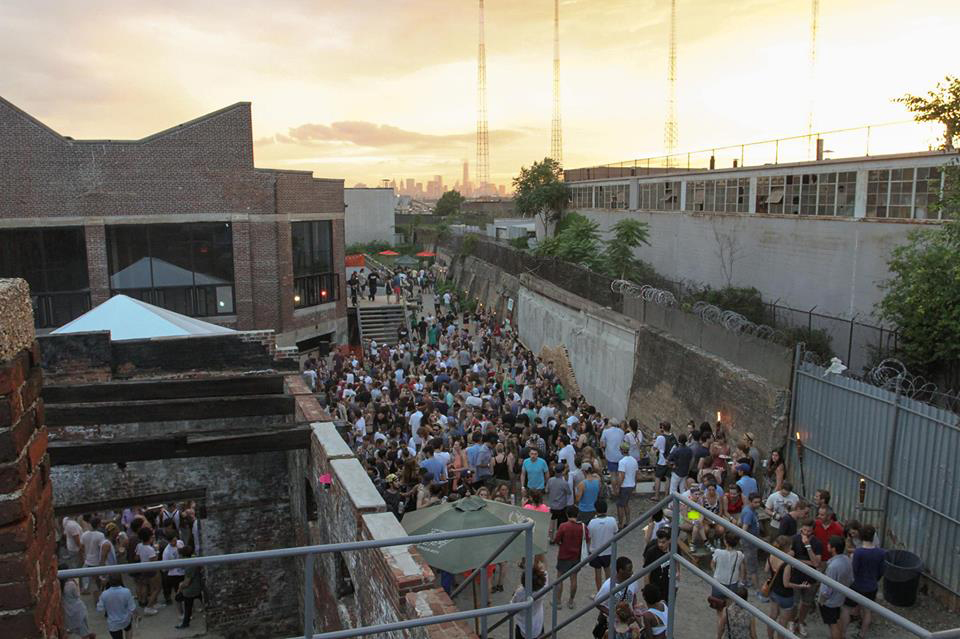 The Knockdown Center in Maspeth has transformed a former glass factory into an arts and music venue, which some residents have praised as “inventive” but which others said is operating illegally. Facebook

The manager of a Maspeth arts center that has set up shop in an abandoned glass factory said at a Community Board 5 meeting last week that his business, the Knockdown Center, has applied for a liquor license in order to grow the space that has held such events as art exhibits and concerts.

While Councilwoman Elizabeth Crowley (D-Middle Village) encouraged board members to support the request for a liquor license for the center that she called “inventive” and a good neighbor, other legislators and civic leaders are urging the state Liquor Authority to deny the application for the business they said has been illegally operating at 52-19 Flushing Ave. for more than a year.

“We want to develop the space so it can have a variety of cultural events,” said Tyler Myers, manager of the Knockdown Center.

Myers added that he expects the center to offer about 30 full time jobs if it expands.

“We hope to offer space to the community so they can have meetings there,” he continued. 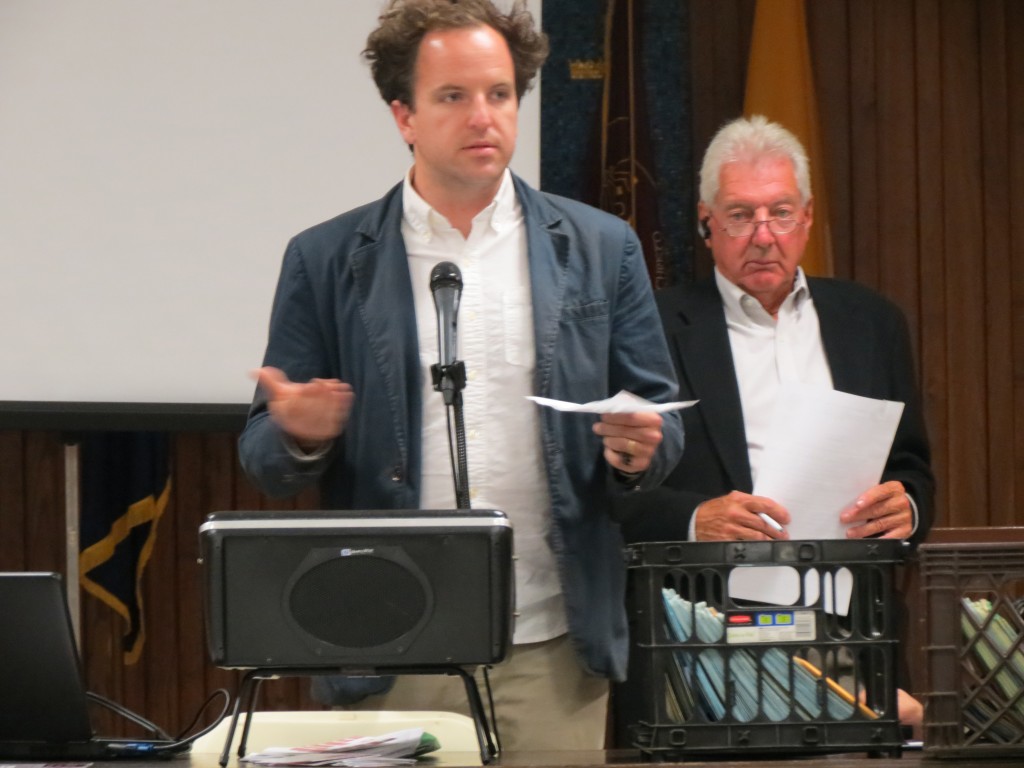 Tyler Myers, manager at the Knockdown Center in Maspeth, asked Community Board 5 at its meeting last Wednesday to support the center’s request for a liquor license. Anna Gustafson/The Forum Newsgroup

However, members of Communities of Maspeth and Elmhurst Together, or COMET, and the Juniper Park Civic Association lambasted the application to serve alcohol to up to 600 patrons, saying in a Sept. 20 letter to state Sen. Michael Gianaris (D-Astoria) and Assemblywoman Catherine Nolan (D-Ridgewood) that the center is operating without city permits in a building of questionable safety and will likely serve alcohol to far more people than 600 individuals.

The letter from COMET and Juniper Park Civic said the center does not have a valid place of assembly permit, noting the business applied for one earlier this year for an occupancy of up to 5,000 people but the city Department of Buildings rejected it.

Additionally, because the center is in the Maspeth Industrial Business zone, it would need to receive a special permit from the city Board of Standards and Appeals in order to change the zoning from manufacturing use to another use – which Knockdown has not done.

“Does anyone really believe that in a building with the capacity to hold 5,000, only 600 people will be served alcohol?” the letter to Gianaris and Nolan asked. “…Furthermore, how would 5,000 people get to Maspeth? Public transportation is lacking. Where will the parking be? And we want people driving around here after they have been drinking at a club all night?”

In a Sept. 20 letter to State Liquor Authority Chairman Dennis Rosen, Nolan also said she was worried about the facility.

“I have great concern that the business will host many more people due to the size of the facility,” she said in reference to the center’s request to serve 600 people alcohol.

Crowley, however, praised the center, calling it “new” and “inventive.”

“They’re building good economic development and could generate jobs locally,” she said at the CB 5 meeting.