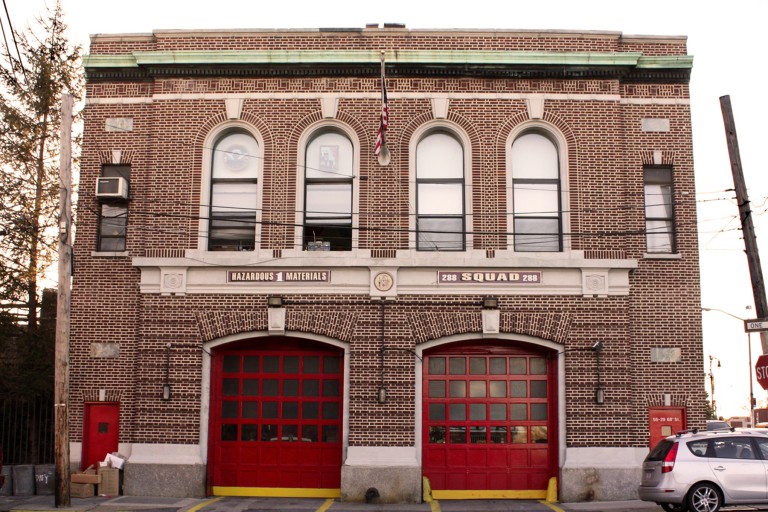 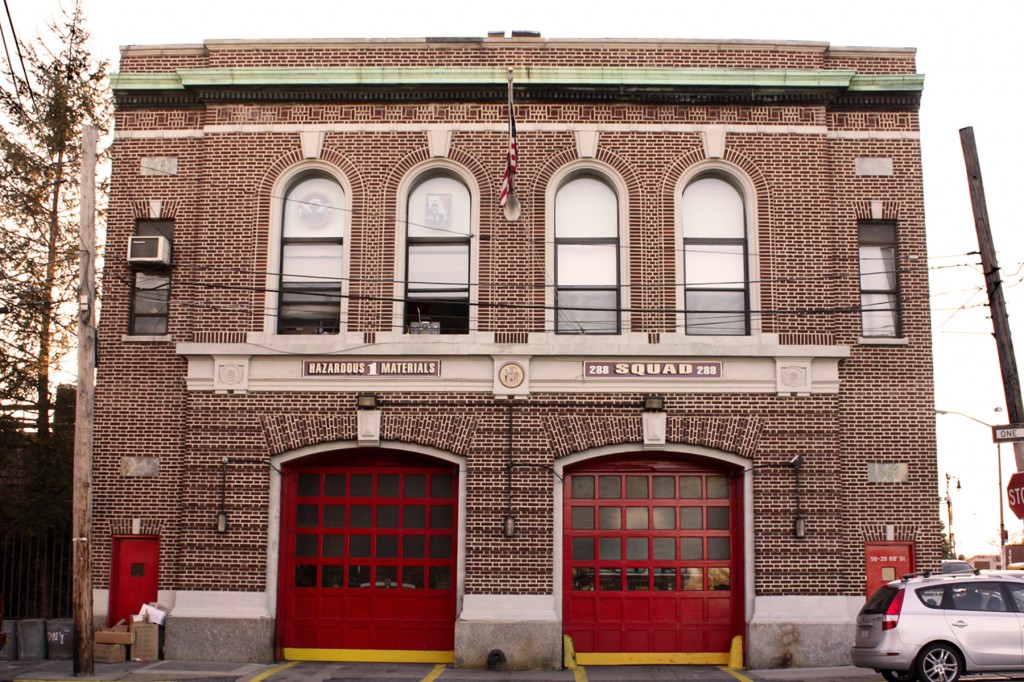 Residents are urging city to landmark the Maspeth firehouse, which will celebrate its centennial in 2014. Photos Courtesy Steve Fisher

For the men and women of Maspeth, their firehouse has long been more than just a place of brick and mortar. 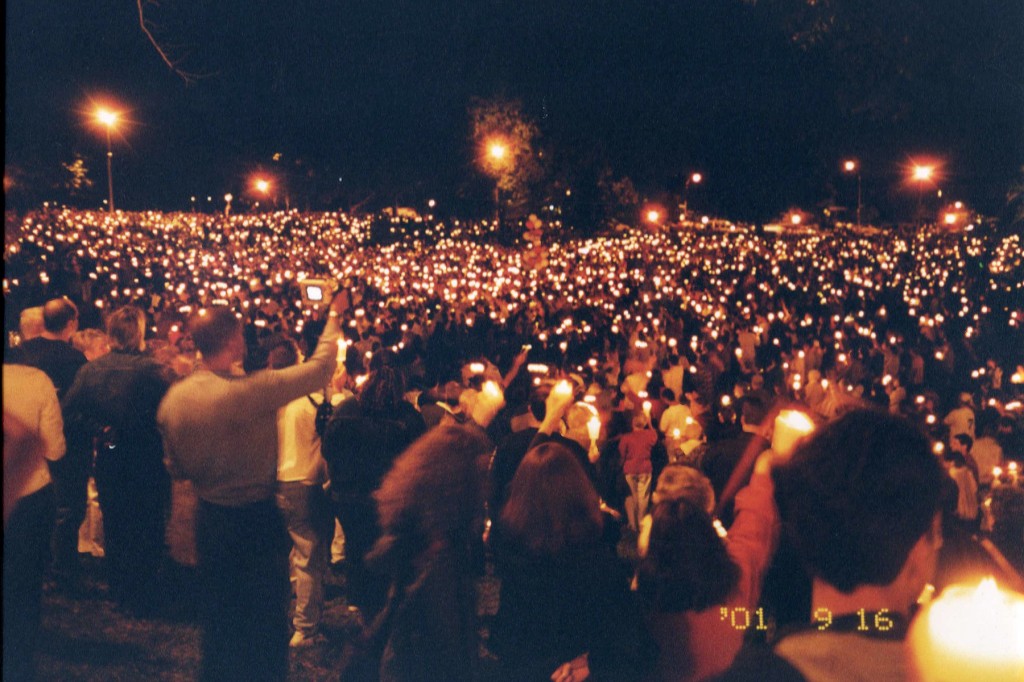 Thousands of people attended a memorial for the victims of Sept. 11, 2001 days after the attack that claimed the lives of 19 firefighters from Squad 288 and Hazmat 1 in Maspeth.

For nearly a century, it has been a place where the community gathers, where lifelong friends meet, where everyday heroes are made. It is a place where people routinely rush out to put their lives on the line for neighbors they may have never met – and they do it without a second thought.

And on Sept. 11, 2001, the Maspeth firehouse became a place where 19 of its firefighters were lost – more than any other firehouse in the city – as well as a place that became synonymous with resiliency and community as the firefighters’ colleagues, family and friends wove an unbreakable web of support that continues to this day.

It was all of this – the building’s history and the role it played helping in the aftermath of the terrorist attacks – that prompted Maspeth residents to call on the city to landmark the building that will turn 100 in 2014. After residents submitted an application to the city Landmarks Preservation Commission, the city originally rejected the bid for preservation but said just last week that the LPC would take another look at it.

“I feel it’s not just a firehouse – there are plaques to all the heroes there; there are tools from the Sept. 11 site,” said Maxine Fisher, a Maspeth native who is leading the landmarking charge with her brother, Steve Fisher. “It’s a living memorial. It’s significant to the people alive today. 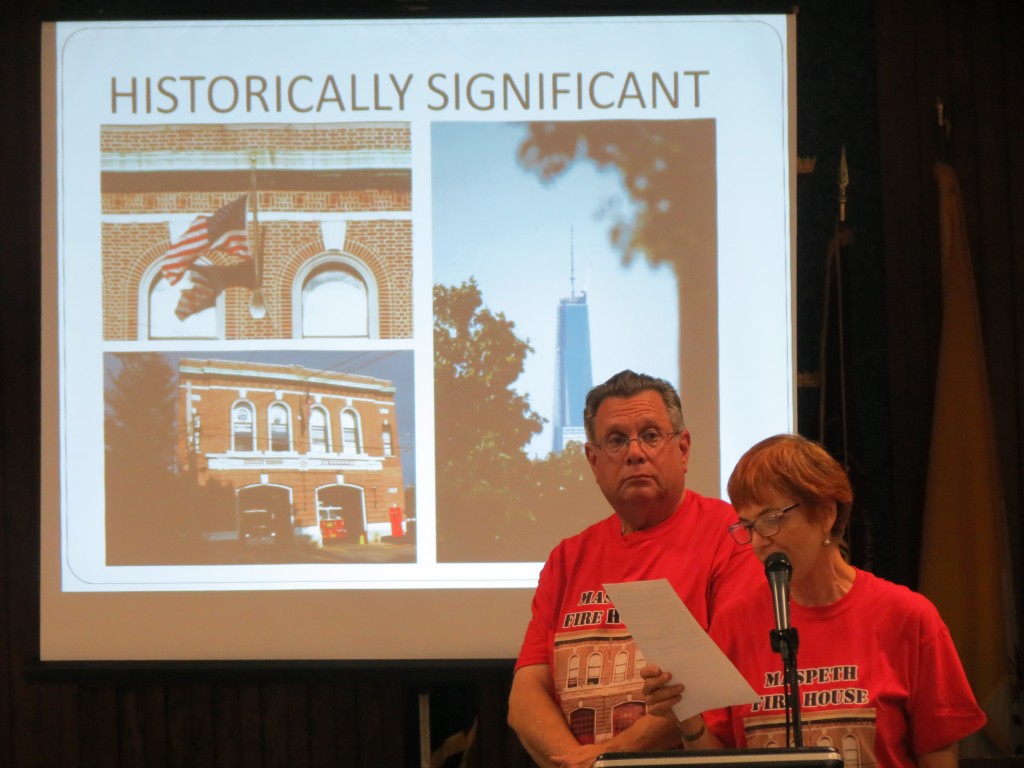 Steve and Maxine Fisher speak at last week’s Community Board 5 meeting about the importance of preserving the firehouse. Anna Gustafson/The Forum Newsgroup

“Even though some of them don’t live in Maspeth anymore, they are still an important support group to each other,” she added.

Last week, the Fishers spoke at the Community Board 5 meeting to encourage people to support preserving the firehouse, which has been placed on the National Register of Historic Places and is located at 59-29 68 St.

Speaking to those attending the CB 5 meeting, Steve Fisher said he will forever remember the firehouse on Sept. 11, 2001.

“Twelve years ago, I witnessed firsthand the fall of the Twin Towers from my office window,” he said. “I walked eight miles home to Maspeth, and when I got to Grand Avenue and 69th Street and saw the firehouse, little did I know that it had suffered more loss than any other fire station in the city.”

The building, the Fishers said, is a place that deserves to be landmarked so it may remain a reminder to the community that, even in our darkest days, there is a place where people will reach out their hands to help, no matter what.

“There are no landmarked buildings in Maspeth that will be protected for all time – why not start with a building that has had such an important historical role?” Maxine Fisher asked.