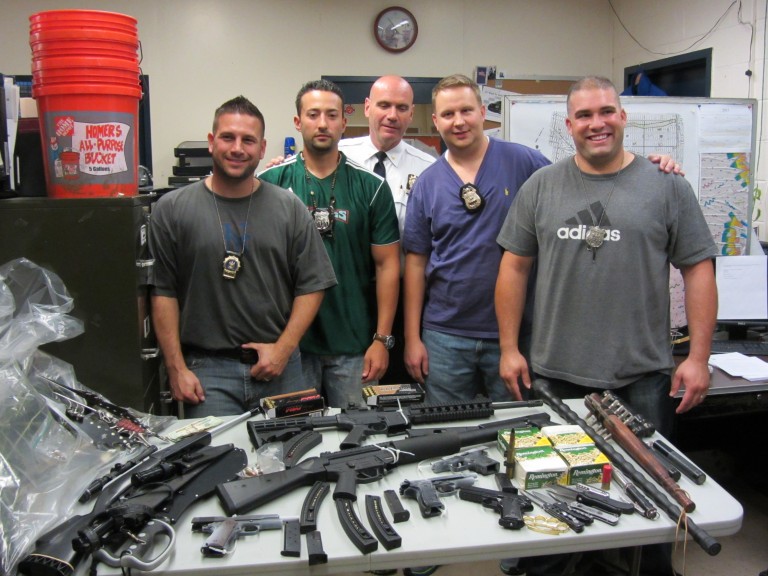 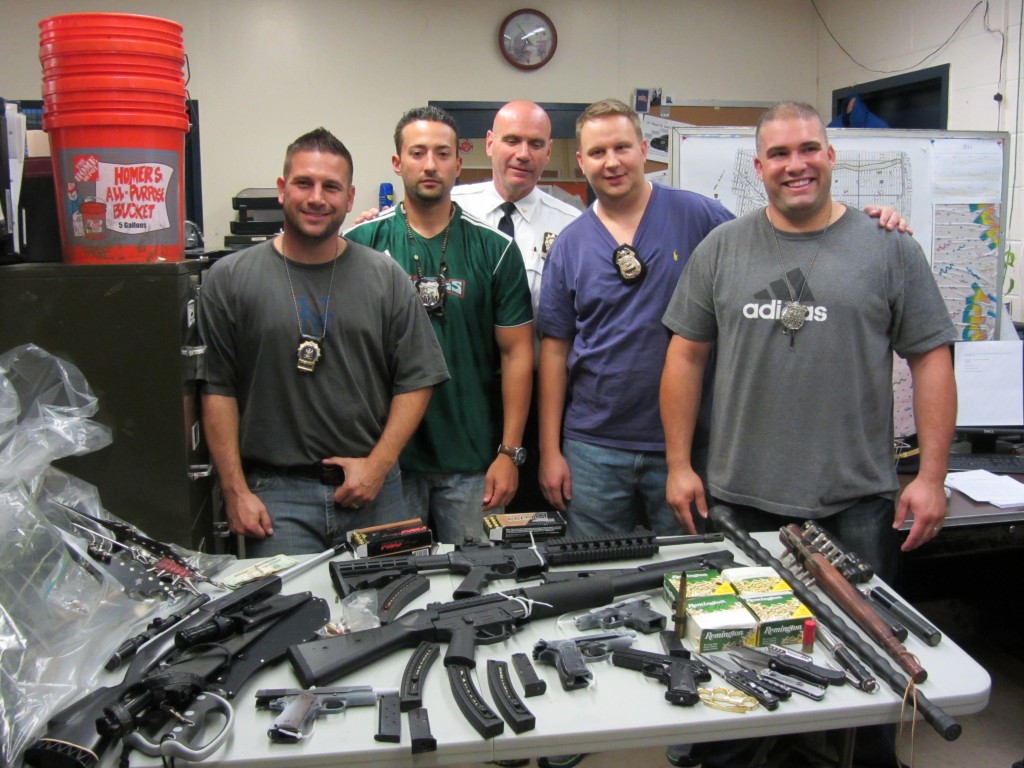 There were lots of happy cops at the 106 after an investigation initiated by their field intelligence unit led them to a house which contained a large number of illegal guns, weapons and drugs. Pictured L to R: Detective Nathaniel Taub, PO Thomas Scalise, Sgt. Joseph Muir and PO Sergio Silva. Photo Courtesy 106 Precinct

Police at the 106th precinct made a major bust last week when they executed a search warrant at a Richmond Hill house. Detective Nathaniel Tauber and Sgt. Joseph Muir, assigned to the field intelligence unit at the 106, had developed information from a lead about the house where there was reason to believe there was illegal growing of marijuana on the property.

Upon following up, police were able to acquire a search warrant for the premises and upon executing the warrant, police discovered and seized a total of 8 guns, including 2 loaded assault rifles, 3 loaded handguns and 3 air operated pistols. In addition to the cache of illegal weapons uncovered, they also seized a large amount of ammunition, cash and unconventional sharps, including knives, spiked maces, clubs with metal studs, Billy clubs and a sword.

A crop of marijuana was found to be growing outside in the back yard and was also confiscated. A total of four arrests were made inside the home. The individuals were charged with varying degrees of criminal possession of illegal weapons and criminal possession of an illegal substance. Three of the suspects are expected to be released after the owner of the home said that the articles found in the home were his and that no one else there had anything to do with them.