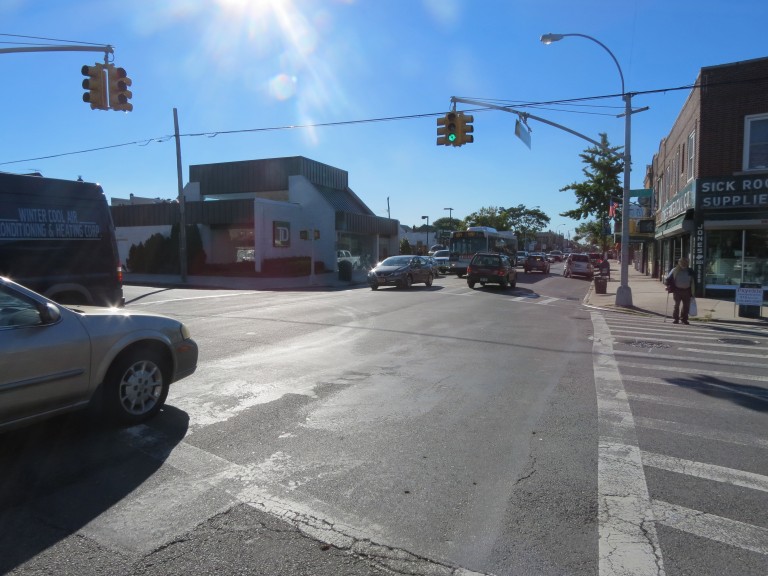 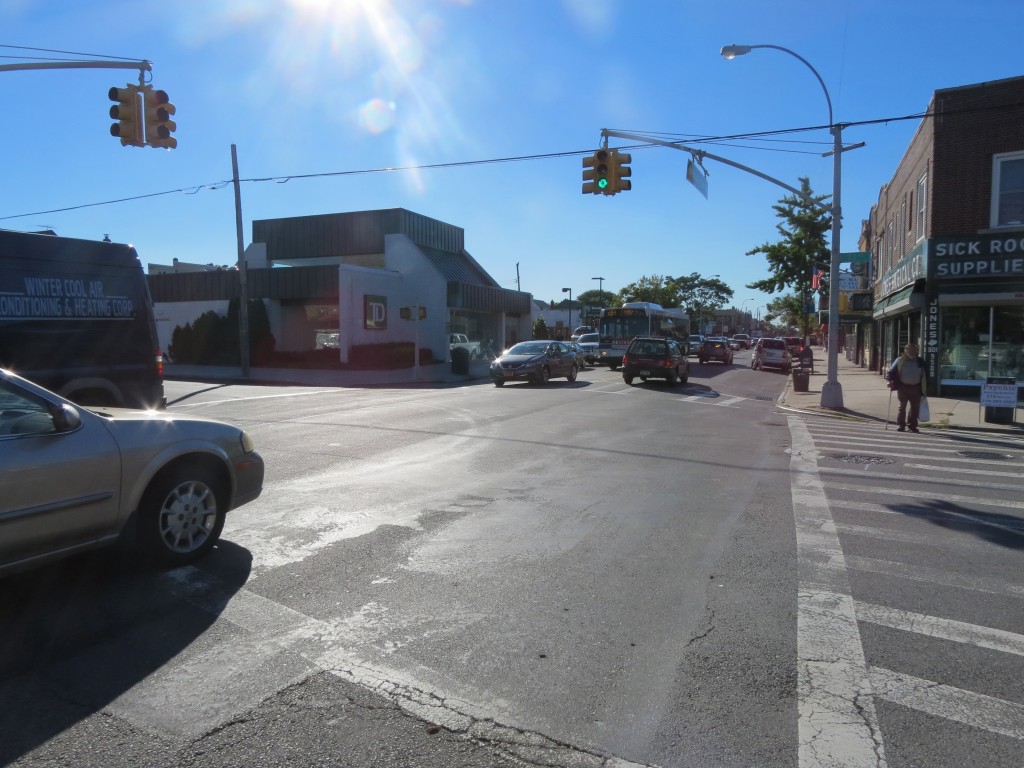 Construction to create a permanent pedestrian area at the 71st Avenue Plaza in Ridgewood could begin in 2014. File Photo

New pedestrian-friendly spaces in Ridgewood and Glendale are well on their way to becoming a reality – and the areas that boast everything from seating areas to additional greenery are expected to give a financial boost to the area, civic leaders said this week.

The 71st Avenue Plaza redesign plan went through the city Public Design Committee at the end of September. Most of the plan was approved with only a few pieces left for final approval. The city Department of Transportation’s project, which is backed by Community Board 5, could be up for a construction bid in spring 2014 with construction possibly beginning in 2014.

Another DOT project, the Glendale Memorial Triangle at the intersection of 70th Street, Cooper Avenue, and Myrtle Avenue is even further along, with construction bidding planned for the end of 2013. Construction on the project could begin as soon as spring 2014.

Both plaza plans were authored by CB 5 in concert with the Ridgewood Development Corporation. CB 5 Chairman Vincent Arcuri said that having both areas expanded would allow events – especially for Veteran’s Day at 71st Avenue and Memorial Day at the Glendale Triangle – to flourish.

Paul Kerzner, president of Ridgewood Property Owners Association, said having more outdoor seating options should bring more business to surrounding restaurants. The 71st Avenue Plan includes working with the owner of a sidewalk café to be a part of the plaza, Arcuri said.

A crucial element to both plazas was keeping a consistent aesthetic appeal. The plans were conceived with 10 community residents brain storming ideas in a board room, Renz said.  With the addition of light fixtures, stone seating, water fountains, and permanent chess tables, Arcuri said it was important to make sure fixtures were constructed with cast iron. The goal was for the plazas to feel old world-European to match elements seen throughout the rest of the neighborhood.

“It’s also for the new immigrants in the neighborhood to feel comfortable,” Arcuri said.

Another component of the 71st Avenue project is a rain garden. The rain garden was a highlight for both Renz and Arcuri from both a practical and environmental standpoint.

“The water flows down 71st,” Renz said. “A significant stream will be captured by the rain garden, which won’t go into the sewer.”

Kerzner added that property owners have had few complaints about the 71st Street project. The only issue was losing the ability to make left turns from the McDonald’s drive through.

“You would either have to turn right and turn around, or make an illegal left turn,” Kerzner said. “We’re looking into different options to solve that.”

There has also been a complaint of lost parking spaces. Renz said the current plan is to move those spaces somewhere else.

Arcuri said there have been some commercial complaints with the island at 70th Street in the Glendale triangle plan blocking delivery routes.

However, the community leaders said the residential response to both projects has been largely positive, seen as something that will bring people to the community.