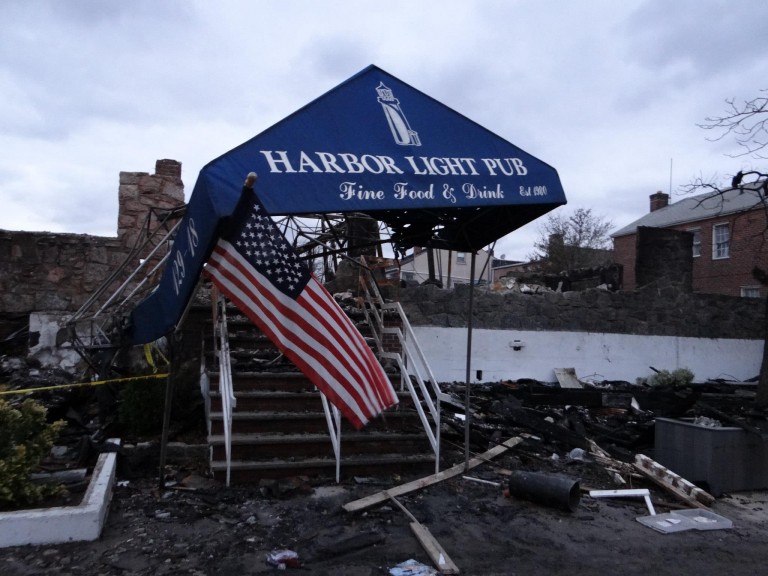 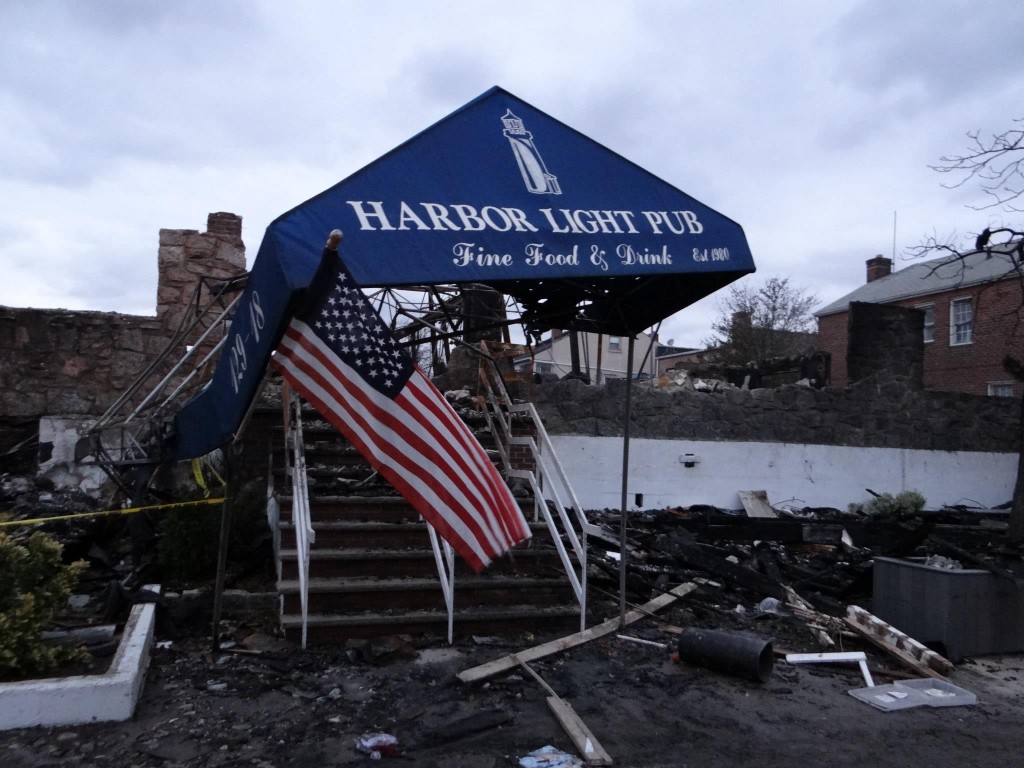 The Harbor Light Pub, a community mainstay in the Rockaways for years, burnt to the ground in the blaze the destroyed much of Breezy Point. File Photos

Billy Heeran was out working with Ladder 123 in Brooklyn during Superstorm Sandy when he heard over the radio about a blaze in Belle Harbor, Queens, where his family had long owned a beloved neighborhood pub, The Harbor Light.

This was not the first time that he had a heard such a call. On Nov. 12, 2001, a plane crashed just blocks away from the restaurant, killing five people on the ground and destroying three houses, with the initial address being stated as the Harbor Light. That time, the pub was spared.

Sandy was something different.

The power was still on when the water and wind came. Arcing from downed wires on sparked a blaze. A few unlucky embers blew over to Belle Harbor. The water from the tidal surge between the ocean and the bay was over the tops of the fire engines, cutting off the firefighters from the flames. 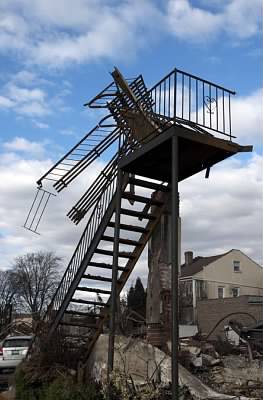 A charred staircase remained outside the spot that once held the popular eatery.

By the time the water receded to a level that the engines could get through, the Harbor Light Pub was burning to the ground.

Billy Heeran, his father and his brother bought the restaurant along with the chef William Whalen in 1980.  The Heerans are a firefighting family and the pub was the site of family dinners, fundraisers and funerals, a gathering point in the small community.

It would have been the place where neighbors gathered to grieve the loss of their homes and process the damage done. The blackened foundation and a bent Harbor Light awning were all that remained in the wreckage after the storm. The neighbors instead gathered amid piles of insulation pulled from basements and on street corners heaped with donations from strangers.

“For a long time, I don’t think that there wasn’t a bar in town” Heeran says.

Marie Reilly, a lifetime resident of Rockaway and a friend of the Heerans, is the bartender at the other pub in Belle Harbor, Jameson. She speaks of how the water came up swamped their downtown bar.

“Everything had to be redone” she says. “There are still little things being done, here and there.” Jameson’s Pub would not re-open until May.

“If they had just shut the power off, we wouldn’t be in this situation. People would have left if LIPA warned that power would have been shut down at a suitable hour. That’s probably the most sensible way to evacuate an area. LIPA’s Top Brass put civilians in a very precarious situation” Heeran says.

He and 120 plantiffs in the Rockaways are suing LIPA and National Grid for negligence for failing to de-energize the power grid before the storm, a suit that LIPA has filed a motion to dismiss.

In addition to the cost of rebuilding a restaurant from the ground up, the maze of red tape has frustrated the Heerans’ plans to break ground. For now, the empty lot sits unused behind a plywood fence that bears the Harbor Light awning on its exterior.

When asked about plans to re-open, Billy Heeran says, “I want to give everyone a straight answer, but I don’t know when we are re-opening, and I don’t know what the future holds for Harbor Light.”