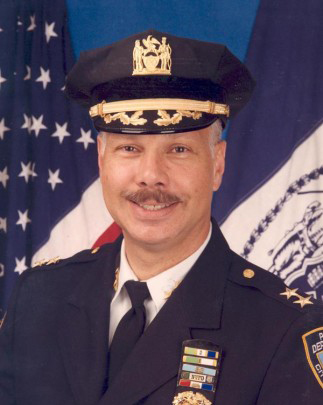 James Tuller, chief of the NYPD’s Transportation Bureau and a Howard Beach resident, has been selected to lead Puerto Rico’s police force.

Tuller, who recently served as the commanding officer of Patrol Borough Manhattan South and has also commanded Patrol Borough Queens North, was recently named as the new leader by Puerto Rico Gov. Alejandro Garcia Padilla. He will begin his new job Dec. 1.

Though Tuller was born in New York, he lived in Puerto Rico as a child and began his service in the NYPD in November 1973, when he was appointed to the city Housing Police Department. He was promoted to sergeant in August 1983, lieutenant in December 1984, captain in December 1990, deputy inspector in May 1992, deputy chief in December 1994, and assistant chief in July 1999.

Tuller, who will take Puerto Rico’s police force’s reins from former FBI official Hector Pesquera, holds a Bachelor of Arts degree in Police Science from John Jay College of Criminal Justice and a Master in Public Administration degree from Marist College. He is also a graduate of the FBI National Academy and attended the University of Virginia’s Division of Education Program in Criminal Justice.