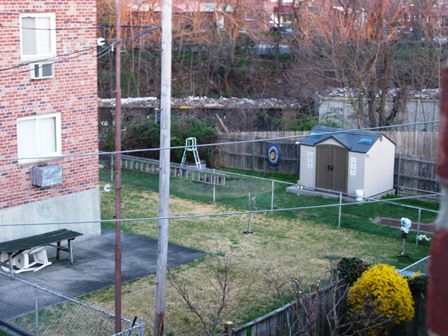 Martens’ letters to 10 Queens legislators followed on the heels of the same politicians alerting the commissioner to a slew of concerns they had about the application from One World Recycling – a company that processes the garbage in Lindenhurst, Long Island that then travels through Queens by rail cars operated by New York & Atlantic – to the state DEC to increase its daily garbage output from about 370 tons to approximately 1,100 tons. The proposal drew outrage from residents and legislators who have for years complained about the rail cars that leave a pervasive stench throughout the area.

“DEC is sensitive to the concerns of both the Lindenhurst community, and those who reside near the Fresh Pond Rail Yard in Glendale, Queens,” Martens wrote. “We have communicated directly with the Village of Lindenhurst officials and local emergency responders about issues of concern related to the proposed permit modification.

“We will also closely evaluate issues regarding the capability of the facility to accommodate the increased waste volume proposed, and have advised the applicant accordingly,” Martens continued. “As the application review process moves forward, DEC intends to take steps to ensure that the other issues raised in your letter are also taken into consideration.”

Since 2008, One World Recycling has had a state permit that allows the co-mingling of commercial waste, which can be, for example, food pieces, used diapers and pet feces – essentially the parts of garbage that smell – in their cars traveling through the borough.

Residents said the garbage smell and debris has resulted in a wide variety of problems, from residents being unable to open their windows during the summer because of the stench to children having problems with asthma.

“Continuing operation or expansion of this facility without mitigating the impacts on our communities would be detrimental,” said Mary Parisen, chairwoman of the Civics United for Railroad Environmental Solutions.