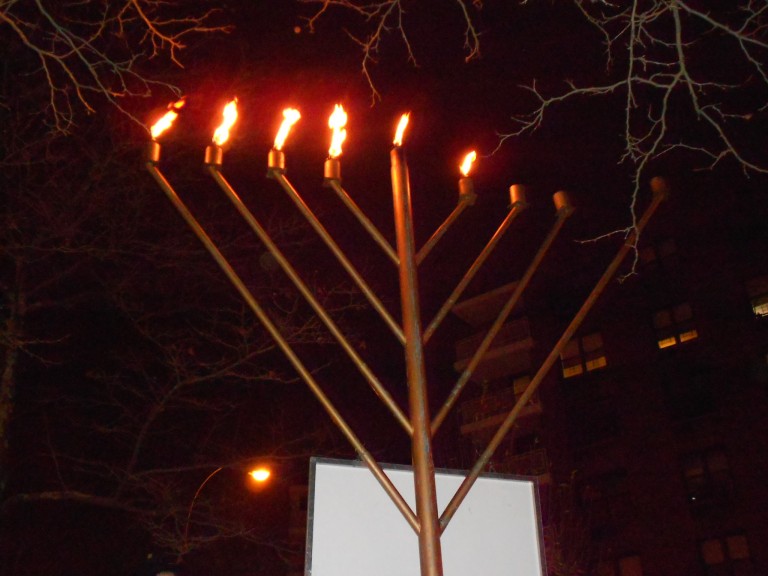 While Hanukkah began on the evening of Wednesday, Nov. 27, the group waited until Sunday so they could celebrate with the fifth candle. Rabbi Eli Blokh, founder of the organization, explained the importance of celebrating the fifth day of Hanukkah. He said for those who celebrate, the fifth night represents “a deeper level to affiliation and commitment.”

Hanukkah, also known as the Festival of Lights, commemorates the rededication of the Temple in Jerusalem after a group of Jewish warriors defeated the occupying Greek armies.

Queens Borough President-elect Melinda Katz celebrated with the Chabad at Federoff Triangle, which is bounded by Queens Boulevard, 102nd Street, and 67th Road.

“Thank you Rabbi  Blokh for once again pulling everyone together and for the good work that the Chabad does both in Rego Park and throughout the city,” she said. “It is a blessing for all of us to be together again.”

“This is very exciting every year and I want to wish everyone a happy Hanukkah,” Koslowitz said.

Woodside resident Harry Bieber was honored at the event for his contribution for fighting in Israel’s war for independence in 1947. Bieber got to help Blokh and the Chabad’s honorary president, Vladimir Fulman, light the torch, which was then passed around throughout the crowd. Blokh then took the torch and lit the first five candles, starting with the fifth, as the crowd recited a prayer.

Once the lighting was complete, those in attendance got to celebrate with song and dance and some complimentary hot latkes and doughnuts.

Story and Photos by Michael Florio 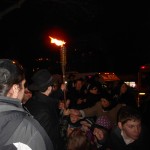 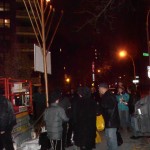 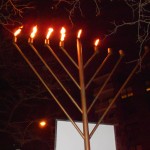 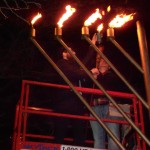 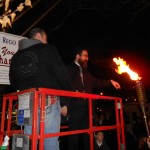