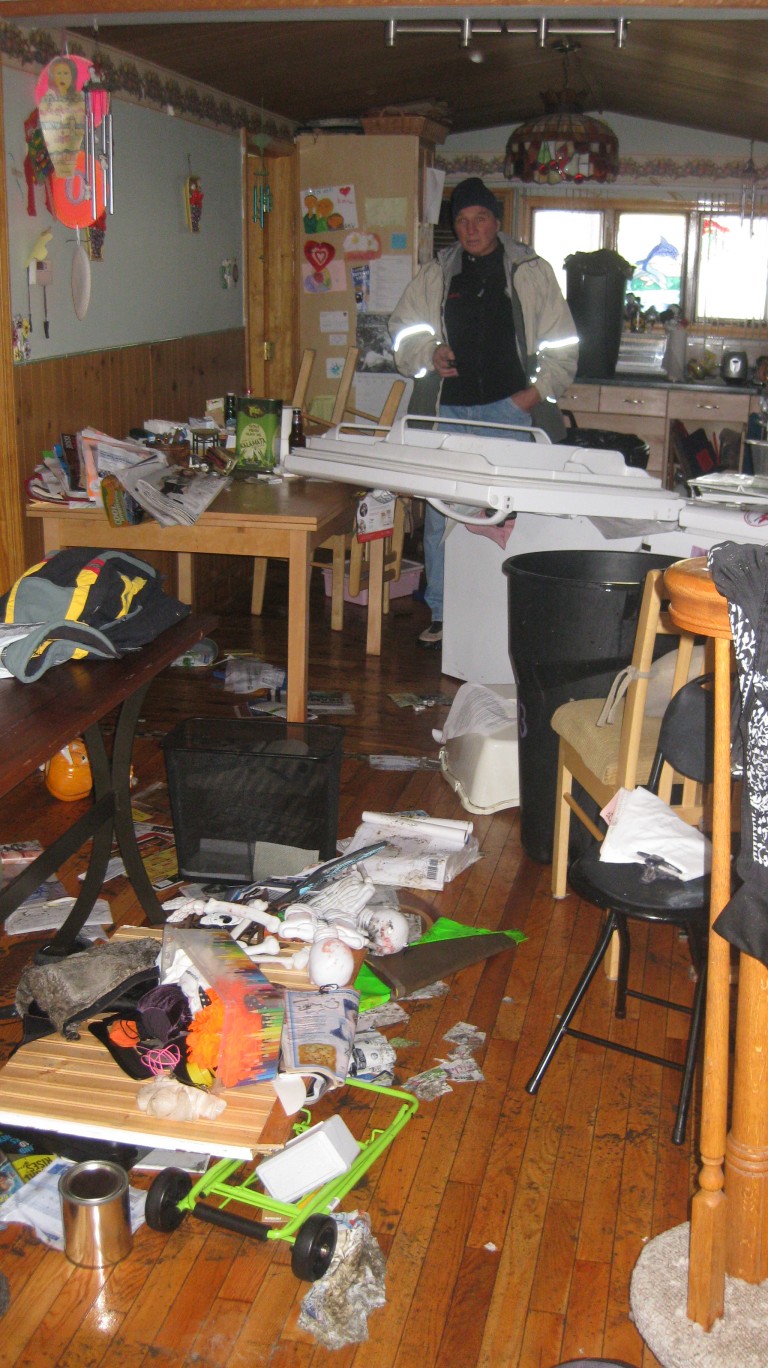 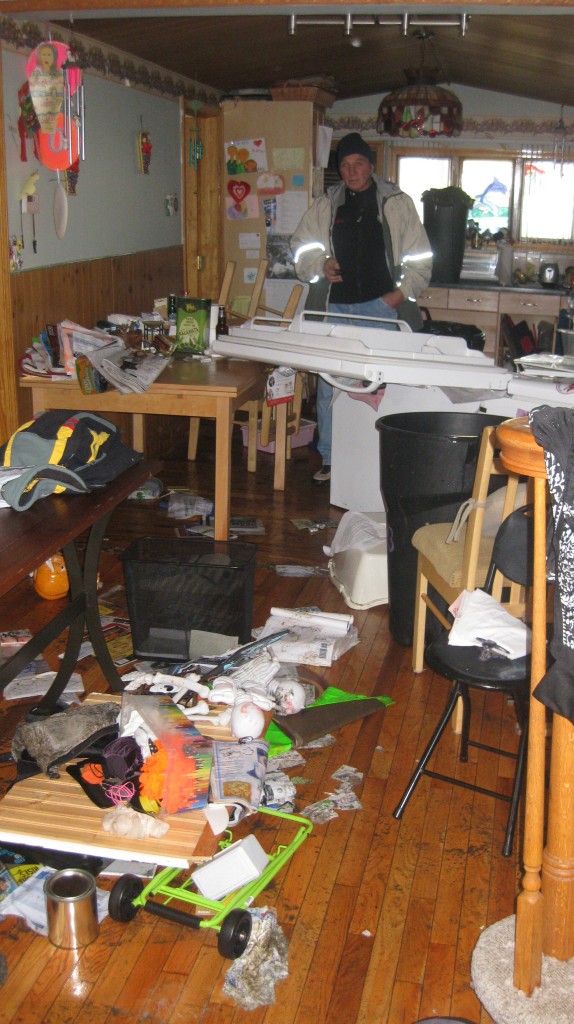 After Hurricane Sandy destroyed their Broad Channel home, pictured here just after the storm, Sophia Vailakis-DeVirgilio and her husband turned to contractor to help them begin to piece their lives back together. However, the couple has now filed a complaint with the state Attorney General’s office alleging that he stole tens of thousands of dollars from them. Photo Courtesy Sophia Vailakis-DeVirgilio

After Hurricane Sandy hit New York City, leaving the Broad Channel resident, her husband and their then 10-year-old daughter with no home, she didn’t think life could get much worse.

But, it did. Her husband, Lenny, who was diagnosed with liver cancer in April 2012, had to stay in the hospital a number of times following the storm – including for prostage surgery – and Vailakis-DeVirgilio herself began to face health issues and had to have a partial hysterectomy in mid-February 2013, leaving her immobilized for weeks. She wasn’t able to return to work for close to two months.

Throughout this time, the family was having to move around – first to a family member’s house in Brooklyn and then a rental apartment – because Sandy brought three and a half feet of water rushing into the first floor of their Broad Channel home. Vailakis-DeVirgilio and her husband were, like so many others across South Queens, facing paying tens of thousands of dollars, or more, to repair the place on West 12th Road – a street that has a physicality – small and narrow – the exact opposite of its denizens – large, gracious and warm-hearted who immediately looked out for one another following Sandy.

So, when a contractor her husband knew offered to help them out with their house, they were relieved. Here was a man who, they thought, was licensed and sympathetic to their seemingly never-ending plight after the hurricane. The contractor, Robert Guddahl, who frequently does work in the Brooklyn’s Bay Ridge neighborhood, started going to meetings about Sandy aid with the family in what Vailakis-DeVirgilio and her husband that was a gracious gesture to try and understand what resources were available to them.

They ended up giving Guddahl $53,000 for repair work – most of which, they said, was not completed. Now, the family is attempting to get $41,900 back from the man – who turned out to not be a licensed contractor – who they said completely took advantage of their situation in order to land big bucks.

Guddahl began work on their house in December, but it wasn’t until the spring that red flags were raised about the situation, Vailakis-DeVirgilio said.

“In July I confronted him – I said I need receipts, I need a detailed bill where you map out where your money is going,” she said. “He said he didn’t feel comfortable turning over the receipts. I said, ‘Your receipts? For our money you’re spending?’”

In an attempt to recover their money, the family has contacted the state Attorney General Eric Schneiderman, the city public advocate – otherwise known as Mayor-elect Bill de Blasio, and elected officials.

Guddahl, who could not be reached for comment, responded to Vailakis-DeVirgilio in a statement to the attorney general’s office, which reached out to him on behalf of the Broad Channel resident.

“It is a surprise that Sophia Vailakis-DeVirgilio is now making complaints to a multitude of agencies,” he wrote in an Oct. 30 email to the attorney general’s office. “She always claimed to be extremely satisifed with the help and services provided. The pricing was on an agreed lump sum price. Her payments were made over several months as she directed. Meetings took place weekly, many times daily, and some on a moment’s notice to meet with her and/or others as she requested.”

Upon reading Guddahl’s response, Vailakis-DeVirgilio said she was so frustrated and outraged that she cried.

“He knows how to rob people,” said Vailakis-DeVirgilio, who is now living with her husband and daughter in their friend’s house on West 12th Road.

As for what they plan to do now, the Broad Channel resident said she is unsure. She is hoping that, in between the continued battle for her husband’s health and attempting to repair the home on which she is still paying a mortgage, she and her husband will be able to fight Guddahl.

Vailakis-DeVirgilio’s story is one of many throughout much of South Queens, Assemblyman Phil Goldfeder (D-Rockaway Park) said. The legislator has urged the state attorney general to target unscrupulous contractors who Goldfeder said have exploited numerous residents. His office has worked with about 29 families who have been fighting a battle similar to Vailakis-DeVirgilio.

“We’re working to resolve these issues,” he continued. “We’re committed to protecting our families.”