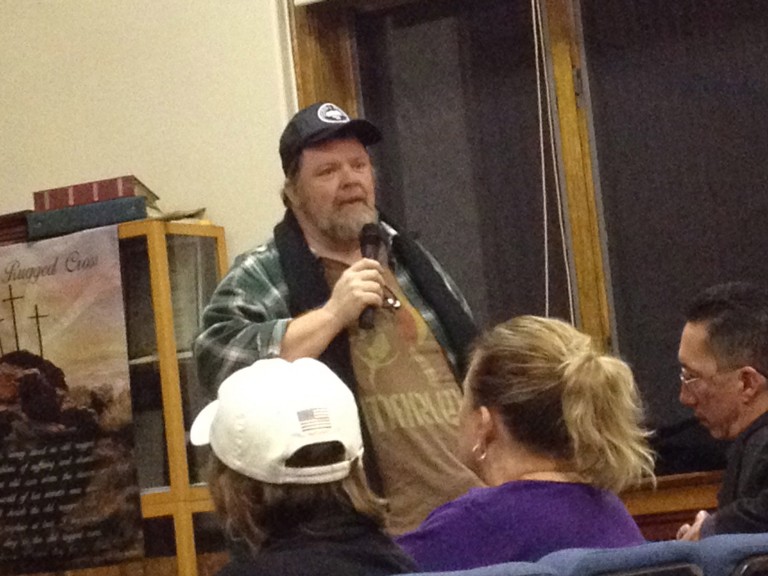 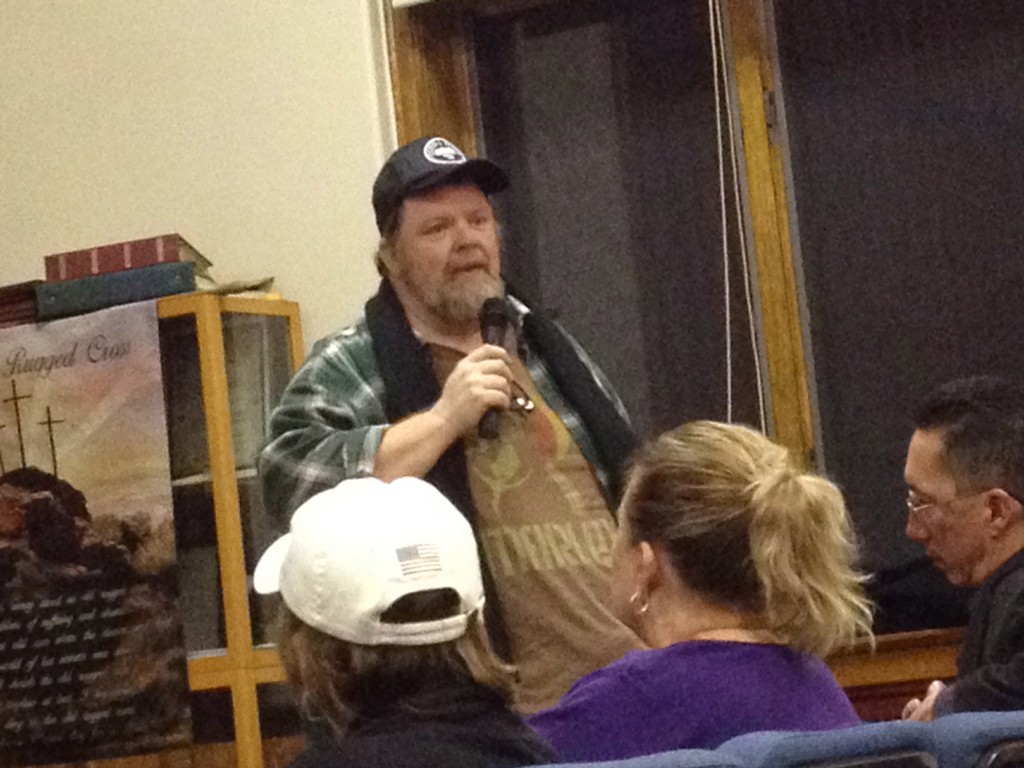 The rules were clear as Woodhaven residents filed into their block association’s public forum Monday evening.

“We want to hear from the Woodhaven residents first,” said Alex Blenkinsopp, the Woodhaven Residents’ Block Association’s communications director, as members scrawled their names onto the speakers list.

The association invited all Woodhaven denizens to the Emanuel United Church of Christ Tuesday night to sound off regarding proposals for a set of abandoned railroad tracks that once ran from Rockaway to Rego Park. The debates of the night centered around two key plans, which included either transforming a piece of the land along the tracks into a 3.5-mile public park, known as the QueensWay, or revitalizing the old rail line that has fallen into disrepair after the city abandoned it more than five decades ago.

“It’s a difficult situation,” Maria Thomson, executive director of the Woodhaven Business Improvement District and the Greater Woodhaven Development Corporation, said during the hour-long public forum. “Security is not guaranteed because police cannot be everywhere in the precinct.”

Thomson’s security concerns were echoed throughout the evening as one of the community’s most important priorities in either of the two proposals.

“Either way, I say leave Woodhaven out of the equation,” Thomson said. “It’s going to do nothing for us.”

Some of those in attendance argued that any new attraction in their enclave of southern Queens would attract unwanted attention and make the area less secure.

Though most residents at the meeting were steadfast against a new railway, the new park proposal seemed to garner a bit more support from some of the speakers.

Twenty-five year Woodhaven native Ruben Ramales was one of those speakers.

“Forest Park needs more money and could benefit from something like this,” Ramales said of the QueensWay, which would run through part of Forest Park. “It could bring more money to the precinct and maybe more people, which is not necessarily a bad thing. We should be proud of exposing Woodhaven to other people.”

The Friends of QueensWay group has long been at the forefront of the parkland proposal, and a spokesman said it would undoubtedly improve the borough’s standing for the 250,000 residents in the area.

“When completed, the 3.5-mile QueensWay will improve quality of life, create much-needed park space and generate new economic benefits for the residents, workers, visitors and businesses in the borough of Queens,” said Friends of the QueensWay Steering Committee member Travis Terry.

Frank Notaro also spoke more favorably about the Queensway plan, arguing that if given an ultimatum between a new park and revived railroad line, he would go park.

“Think about it. If we lose the greenway, it’s definitely going to be a railroad,” Notaro said in front of the packed meeting room.

Blenkinsopp, however, was not as big a fan of any new parkland. Though he remarked about the recurring issue of neighborhood security acting as a common ground between both sides of the debate, he said there were other issues the city needed to address.

“I don’t see why we should expand the greenway when we already have a greenway that isn’t secured,” he said in reference to Forest Park.

Ed Wendell, the association’s president, said Woodhaven residents were promised a more official forum to voice their concerns. But what they got instead were various workshop meetings in which their questions were not addressed, he said.

“It’s so important that we have a public forum like this,” he said. “You need to hear what other people have to say.”

And now that some residents were given what Wendell deemed an adequate avenue to express their concerns, WRBA members were left hoping they were being listened to.

Assemblyman Mike Miller (D-Woodhaven) sat alone near the back of the room for most of the evening but left about halfway through the hour-long forum.

Earlier this year, Assemblyman Phil Goldfeder (D-Rockaway Beach) announced an impending a feasibility study with help from the Queens College Urban Studies Department. The college agreed to provide grant money to conduct the study along with anywhere between $50,000 and $100,000 from the state.

Gov. Andrew Cuomo also rolled out an additional $467,000 in grant money, giving the go-ahead to the Trust for Public Land to conduct a study of its own, though that study will focus solely on the greenway.