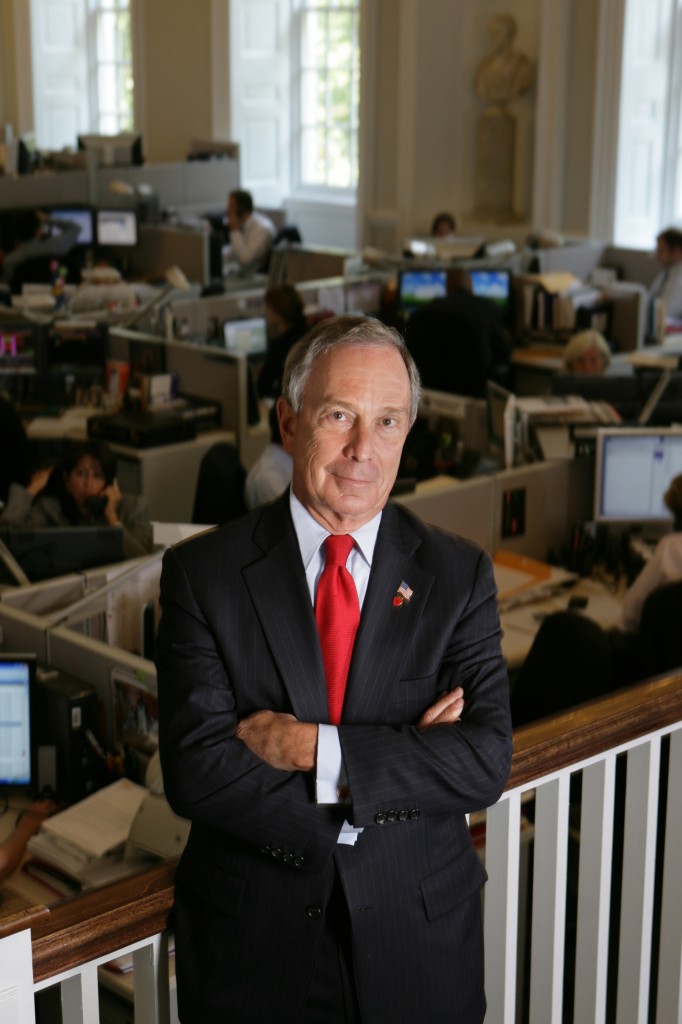 As Mayor Bloomberg’s final days in office wind down, many New Yorkers are now trying to assign the mayor’s three terms in office a final grade – in much the same fashion as the mayor was often accused of relying too heavily on data and statistics to solve some of the city’s most vexing problems.

But, at least in Queens, the mayor’s final grade is a bit more elusive and much closer to that of an old Clint Eastwood movie – “The Good, The Bad, and The Ugly.”

Indeed, to many borough residents and politicians alike, Bloomberg’s legacy is a mixed bag of accomplishments, well-intentioned policies and heavy-handed tactics that often seemed to alienate the middle- and working-class.

In terms of sheer economics, Queens is doing well right now according to several key measures.

Private sector jobs are at an all-time high, property values across the borough are rising, and all signs point to more investment and growth, according to Rob MacKay, who directs marketing and tourism efforts for the Queens Economic Development Corporation.

“At 2.3 million people, we are also the most populous we have ever been,” he said.

MacKay, who mostly supported the mayor’s economic efforts, also credits Bloomberg with helping to spur the city’s tourism, which he said has broken records in the past few years with more than 50 million visitors, which ultimately helps all the boroughs.

He pointed to the borough’s hospitality industry as one that is “booming.”

“Beyond all the jobs at the airports, we are close to having 100 hotels in the borough,” MacKay said. “This includes a 20-hotel spike in Long Island City over the past five years, as well as spikes in Flushing and around JFK Airport.”

Moreover, he said that the mayor was successful in attracting tech-related jobs to the city.

“We all know about Silicon Alley, but many tech companies have moved to Long Island City over the past few years,” MacKay noted.  “Some of the companies have renovated old warehouses, and they all have contributed to the local economy.”

And like many economic experts, MacKay linked the city’s lowered crime rate to its economic activity.

“In terms of Bloomberg, the base of all economic development is safety,” he said. “If crime rates are high, people won’t live in a certain area, businesses won’t set up shop and tourists will not visit. So I have to give the mayor credit for the crime drop that has happened on his watch.”

Notwithstanding the mayor’s politically unpopular battles against smoking, trans-fats and sugary drinks, Mackay did have some criticism on what he termed the Bloomberg administration’s “nanny state initiatives.”

He said that many of these initiatives, which revolved around compliance issues, translated into “more fines and wasted hours for small businesses.”

“A good friend owns a coffee shop, and he would tell me horror stories about city workers harassing him for noncompliance with little-known and trivial rules and regulations,” MacKay related.

But, while some lauded Bloomberg for his economic policies, others questioned the mayor’s methods of getting things done.

“He [Bloomberg] had a grand vision and appears to have brought rigor and discipline to some city agencies, but he also had a tendency to make residents feel like he wasn’t listening to them and didn’t care about them,” said Alex Blenkinsopp, a Woodhaven resident and member of Community Board 9.

Blenkinsopp noted that while the mayor oversaw some important development projects, many seemed to be concentrated in or near Manhattan.

And he added that even initiatives that seemed positive at first, such as the creation of the city’s 311 help system in 2003, faltered over time.

“Mayor Bloomberg’s decision… to create the 311 system was visionary, and in its early days, it was a dramatic improvement over what we New Yorkers had been used to,” he said. “A decade later, though, the 311 system sometimes feels like an obstacle standing in the way of residents getting the help they need.”

Topping the list of complaints about the mayor, along with a perceived lack of emergency preparedness for Hurricane Sandy and several snow storms which hit the city in recent years, was his campaign to extend term limits in 2008.

“Orchestrating an extension of term limits, to give Bloomberg four more years in office, was the first indication that the Mayor had his own interests above our communities,” said Assemblyman Phil Goldfeder (D-Howard Beach), whose district includes the Rockaways.

Blenkinsopp said the mayor’s term limits extension campaign did not help his reputation in the city.  “It doesn’t matter what borough you live in – that move was indefensible, and I think it really damaged his legacy.”

He noted, however, that the mayor was a friend to the JPCA and to the community in his first term in office. Bloomberg helped save the site of the old Elmhurst Gas Tanks and he also pulled his support for the controversial Cross Harbor Tunnel project that would have brought thousands of trucks into Maspeth.

However, Holden said that the mayor changed his tune towards the JPCA, and Queens in general, following his re-election to a second term.  Holden pointed out that the mayor began his “war against the middle class with various taxes, parking and sanitation fees.”

He also said that the mayor not only stopped visiting the community but that he also “turned his back” by pulling support for numerous community projects, including the rebuilding of St. Saviours’ Church, which Borough President Helen Marshall had allocated money for but the mayor refused to approve.

“Many times in the mayor’s second and certainly third term, many commented that he was more like a dictator than a mayor,” Holden said.

And, in fact, that comparison has been made.

An article in the September issue of New York Magazine was titled “Autocrat for the People,” giving voice to many New Yorkers’ perception that Bloomberg ran the city with almost unlimited power by virtue of his vast personal fortune and eschewing of traditional city politics.

Queens College Political Science Professor Michael Krasner also agreed with many others in the borough that the mayor’s record in office is a “mixed bag.”

“Bloomberg has continued the policies that held down crime, which is itself a good thing, but the stop-and-frisk policies that have been part of the package saddled an outrageously large number of minority young men with criminal convictions that often sullied their life chances.”

Asked about the mayor’s record on development, Krasner said that his policies had limited impact in Queens.

“…We got a lot of luxury housing and amenities for people who can afford that housing.  Similarly, large business enterprises have been favored over small business which has suffered from vigorous enforcement of laws and regulations that produce burdensome fines,” Krasner said.

But, to Krasner, one of the most troubling aspects of the Bloomberg administration was its approach to education, where the mayor attempted to apply business practices to public education.

“The idea seems to be that you can educate children in much the same way that you produce an industrial product—standardize the process, train the workers (teachers), supervise them closely, and rely on statistical measures to judge results… Kids ain’t widgets and teachers ain’t assembly line workers,” Krasner said.  “Top down, do-what-we-tell-you, when-we-tell-you policies only demoralize teachers.”

He added that successful educational policies recruit and reward good teachers, who must be treated as “professionals and given the freedom and responsibility to teach creatively.”

On the positive side, Krasner credits Bloomberg with helping to restore some civility to city politics as well as spearheading efforts regarding climate change and the threat posed by Super Storms such as Sandy.

As the chair of the Rego Park-Forest Hills Preservation Council, activist Michael Perlman had many frustrating experiences with the Bloomberg Administration by way of the Landmarks Preservation Commission.

“I have attended a series of preservation and community meetings, where I heard that whatever properties Bloomberg doesn’t favor, doesn’t get to see the light of a public hearing and designation at the Landmarks Preservation Commission,” Perlman said.

Perlman explained that he has submitted numerous proposals and letters to Bloomberg, as well as provided testimony in City Hall, hoping for support for landmarking and creative reuse in Queens, but his and the pleas of his colleagues “fell upon deaf ears.”

He also added that landmark-worthy sites, such as the Trylon Theater, the Forest Hills Tennis Stadium, and St. Saviour’s Church, were rejected with form letters by the Landmarks Preservation Commission not long after asking Mayor Bloomberg for his support.

Perlman said that even sites such as the Midway Theatre, Forest Hills Post Office, Rego Park Jewish Center (both of which are on the National Register of Historic Places) and Eddie’s Sweet Shop were rejected during the Bloomberg administration.

“The mayor should have encouraged the Landmarks Commission to hold public hearings and designate our significant collection of landmarks officially,” he said. “Without public hearings, democracy falls short.”