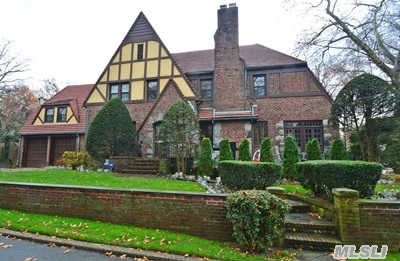 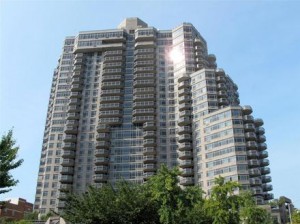 A three bedroom apartment on Queens Boulevard in Forest Hills is being sold for $1.35 million. Photo courtesy Douglas Elliman

The real estate market throughout Queens – including the borough’s southern neighborhoods – enjoyed a lucrative end to 2013 with record-setting numbers, a Douglas Elliman report said.

The group’s quarterly survey of residential sales throughout the borough showed 2013’s inventory and absorption rates fell to the lowest level since that information was tracked in mid-2005, while sales skyrocketed when compared to the same time in the year prior.

“With the surge in sales, the absorption rate – the number of months to sell all inventory at the current pace  of sales – fell to 4.7 months, the fastest pace  since 2005 when the metric was first tracked,” the real estate report said. “After falling to a recent low in the prior year quarter, sales activity continued to climb over the next four quarters, but remained 45.5 percent below the level seen in the same period a decade ago.”

In other words, things have been looking up for home sales in Queens and buyers have been snatching up property much faster than in years past.

That same good news extended into southern and western Queens, the report said, with overall sales numbers trending upward in the double digits. In the southern part of the borough, which includes such neighborhoods as Howard Beach and Ozone Park, a total of 545 sales in the last quarter of 2013 made for a 31.3 percent increase from the same period in 2013. As for the west, 565 sales capped off a huge 75.5 percent increase when compared to the same time last year.

While in the borough’s central neighborhoods, such as Middle Village and Maspeth, the median and average sales prices for real estate dipped to about $292,500 and $367,547, respectively, the number of of sales in the quarter more than doubled over last year’s figures. There were 945 sales in the last quarter. 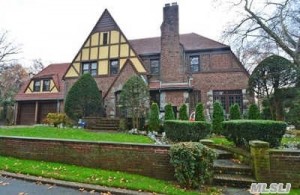 This Forest Hills home at 20 Norden Rd. is on the market for $2.2 million. Photo courtesy Douglas Elliman

Meanwhile, in the Rockaways, sales more than doubled from last year’s devastating Superstorm Sandy, the report said. The final quarter of 2013 saw 67 total sales compared to just 31 during the same period in 2012, the report showed.

Those figures, however, still remained about 50 percent below typical levels in the three years before Sandy swept through the region.

Overall, Douglas Elliman said the borough’s faster absorption rate has remained consistent with the rise in average sales prices. Those numbers came as a result of an ongoing overall gain in market performance, which began about two years ago, the report said.

“Over the past three years, the overall average sales price expanded 11.2 percent, while the monthly rate of absorption fell 70.1 percent,” the report said.

When it comes to how long houses have been on the market, Douglas Elliman said the final quarter of 2013 was about six days faster, falling to 103 days from the prior year’s quarter. Listing discounts also fell to five percent from 6.1 percent over the same year period.

What did go down, however, was the borough’s listings inventory, which fell 39.6 percent to 5,248 units.

Douglas Elliman Real Estate releases the report each quarter and has become a known indicator of how the city’s residential real estate market behaves. The company has offices throughout the city, with the Queens headquarters based in Bayside.