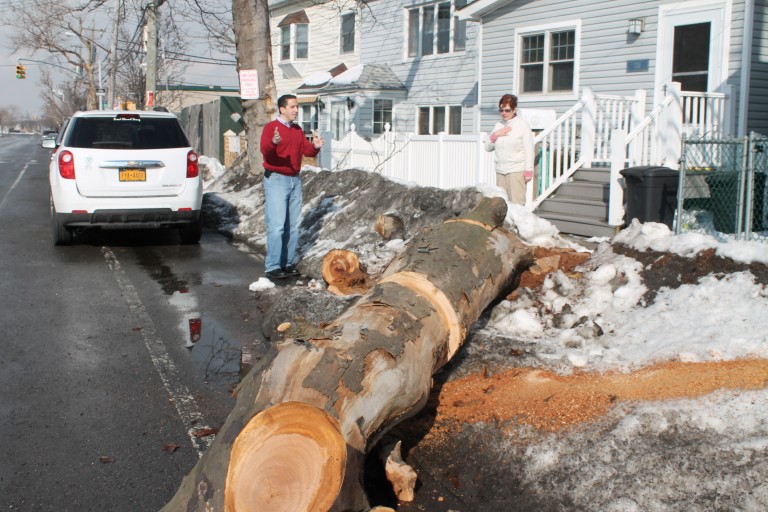 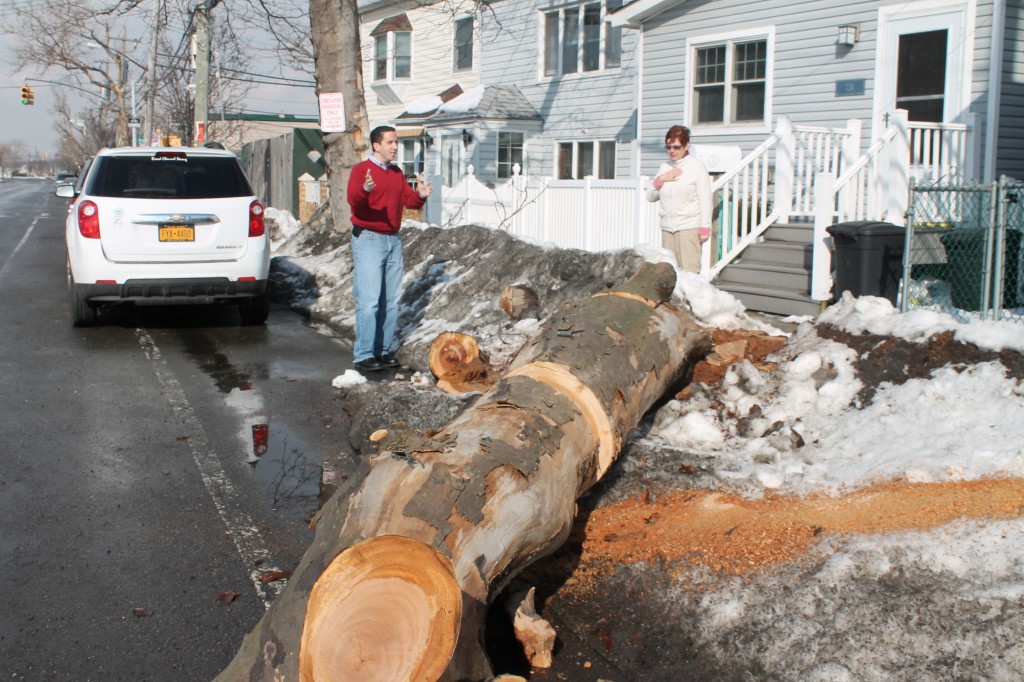 Assemblyman Phil Goldfeder, left, recently sent a letter to Acting Commissioner of the Department of Design and Construction David Resnick urging him to expedite a street repaving and sidewalk repair project that would rehabilitate damaged roadways and allow the city Parks Department to replant trees damaged by Superstorm Sandy. Photo courtesy NYS Assembly

The city Department of Design and Construction’s slow movement on a repaving and sidewalk repair project is keeping the Parks Department from being able to replant trees damaged by Superstorm Sandy 17 months ago, Assemblyman Phil Goldfeder (D-Rockaway Park) said in a recent letter urging the DDC’s commissioner to turn things around.

“With warmer weather quickly approaching, residents will be spending more time outside, and they deserve to have the appearance of their neighborhood in top shape,” Goldfeder said. “It has been too long since Sandy for the Parks Department to be further delayed in beautifying our neighborhood due to a street repair project that should have already been finished.”

Broad Channel was one of the hardest hit neighborhoods by Sandy, which touched down in New York City at the end of October 2012, and the storm left numerous residents homeless and the entire area looking much like a warzone. With many of the residents still struggling to rebuild their homes and lives, area leaders stressed that any bit of normalcy – such as the replanting of trees – is more than welcome in lives that have been rocked by chaos.

The DDC’s resurfacing and sidewalk repair project includes the area along Cross Bay Boulevard from West 5th Road to West 20th Road in Broad Channel. Because of the delays in the DDC project, Parks Department officials cannot move forward with their initiative to replant the trees damaged during Sandy, as scheduled.

The DDC project was approved in October 2012, before Sandy, and was expected to be completed soon after, but the project has been at a standstill and the work has continued to be postponed, leaving some streets in the neighborhood in disrepair and still bare without any greenery following the storm.

“The trees in Broad Channel beautify our little town, add an element of community pride and exemplify a close-knit neighborhood,” said Judy Zack, a member of the Broad Channel Civic Association’s Beautification Committee.

“People who have trees on the sidewalk in front of their houses water them, plant flowers in their pits, and it makes you feel good when you walk down the street and see your neighborhood being taken care of,” she continued. “Now, it looks a little war-torn and depleted. Any help getting these trees replanted would be appreciated.”

Goldfeder too stressed the need for residents to once again be proud of the neighborhood they call home.

“Residents of Broad Channel have suffered enough,” Goldfeder said. “… A small step on behalf of the DDC will go a long way in boosting the spirits of many residents still recovering.”