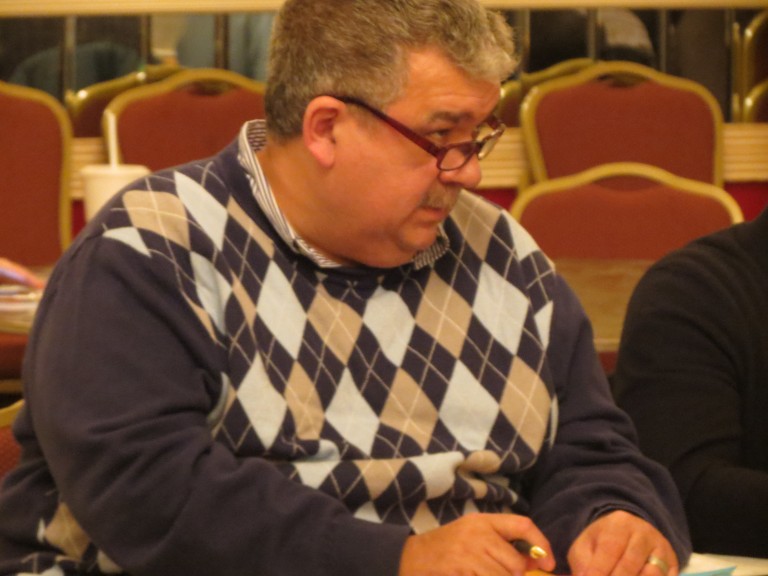 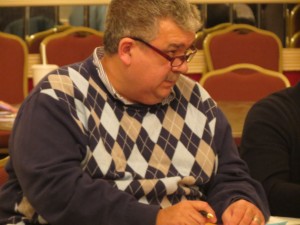 Community Board 9 ushered in a new slate of leaders Tuesday evening, unanimously electing Ralph Gonzalez as its new chairman to take the helm of a board that has for months been marred by infighting.

Gonzalez, an Ozone Park resident and head of the board’s Health and Social Services Committee, said he was honored by the election. He was nominated for the position by outgoing Chairman Jim Coccovillo and will take the reigns at next month’s meeting. No one ran against Gonzalez.

“I want to thank the people ending their service tonight,” Gonzalez said of the board’s outgoing leaders.

Landing a number of chuckles upon describing his year as chairman as a “very interesting position,” Coccovillo went on to say that he was “very honored and privileged to hold this position, even with all the issues that came about.”

The “issues” to which the chairman referred include tension between himself and CB 9 District Manager Mary Ann Carey, who Coccovillo wanted to remove from her position earlier this year after he cited concerns with communication. The attempt was met with both criticism and support, and Carey ultimately retained her job but was placed on probation.

Both Coccovillo and Carey read letters of apology during last month’s meeting – which followed statements by Carey in January that she and community board staff members felt harassed by Coccovillo.

While CB 9 member Joe Iaboni was originally also nominated to be in the running for first vice chairman, he ultimately declined and Raj Rampershad will replace Ivan Mrakovcic next month.

Turley was then nominated for secretary, as was Mrakovcic and Marian Molina. Following a tie between Turley and Mrakovcic, another vote was held and Turley won 24-18.

The board will also undergo another major change come next month – its longest serving member, Richmond Hill resident Anton Dietrich, has submitted his resignation. Dietrich has served on CB 9 since 1971.

“Any time Anton walks through the door, he’s got a seat next to me,” Coccovillo said.

After growing up in Richmond Hill – and even once living across the street from the Marx brothers – Dietrich enlisted in the U.S. Army in July 1941, believing he would likely be in the military for no more than a year. That quickly changed once Pearl Harbor was attacked on Dec. 7 of that year.

He received his much-deserved Purple Heart in 2012 for his military service, during which he was on a ship torpedoed by the Germans, spent 16 hours floating in the Mediterranean before being rescued, and was struck by a mortar shell in France.