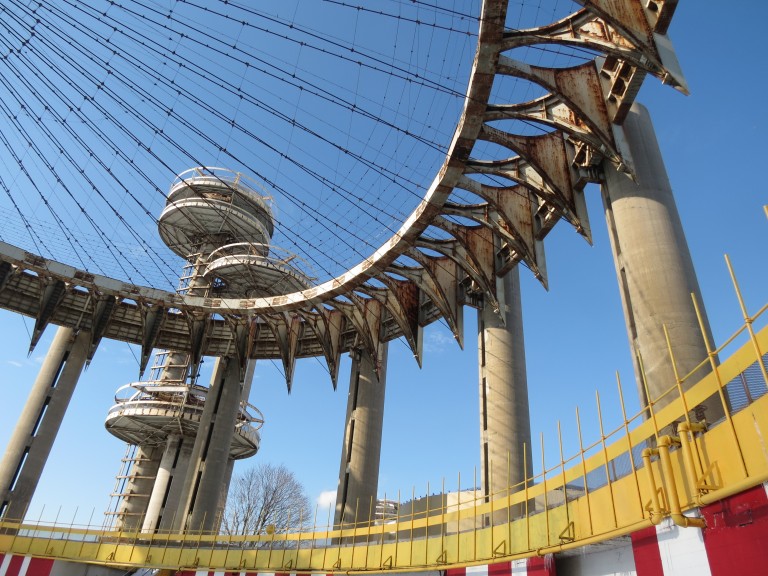 The New York State Pavilion in Flushing Meadows Corona Park will open to the public on Tuesday, April 22 between 11 a.m. and 2 p.m. Photo by Anna Gustafson

Supporters of saving the New York State Pavilion in Flushing Meadows Corona Park landed two batches of promising news in recent days: Queens Borough President Melinda Katz last week chaired the first meeting of her task force to preserve the iconic structure and the facility that was built for the 1964 World’s Fair will open to the public for the first time in decades on April 22.

Katz, who last month pledged her support for preserving and reusing the space that was once crowded with thousands of people from across the world but has been deteriorating for years, led the task force meeting on March 14, which resulted in group members agreeing to continue working on a viable plan for the structure.

Additionally, the group People for the Pavilion announced this week that the public will have a chance to get a glimpse inside the pavilion on Tuesday, April 22, which  marks the 50th anniversary of the opening of the facility. The opening comes thanks to the work of the New York State Pavilion Paint Project Crew, as well as the city Department of Parks and Recreation.

Between 11 a.m. and 2 p.m., the north gate of the pavilion will be opened to allow limited access so guests can view and take photos of the inside of the structure. Hardhats will be required and will be provided for the visitors. RSVPs are not required to attend.

Ultimately, elected officials, civic leaders, and area historians hope to see the revitalization of a space that held the Tent of Tomorrow, the Observation Towers, and the Theaterama during the 1964 World’s Fair. The Theaterama became what is now the Queens Theatre, but the Tent of Tomorrow and the Observation Towers have remained largely untouched, creating a site beloved by many  Queens residents but almost entirely inaccessible to the general public for years.

The city Parks Department said late last year that it would cost anywhere from $43 million to $72 million to preserve the historic structure, depending on what individuals want to see happen at the site. According to the city, it would cost about $14 million to tear down the structure.

Designed by architect Philip Johnson, the Tent of Tomorrow measured 350 feet by 250 feet, with 16 100-foot columns suspending a 50,000 square foot roof of multi-colored panels. The popular exhibit also held three towers, measuring 60 feet, 150 feet, and 226 feet. The two shorter towers held cafeterias for the fair, and the tallest tower, the highest point of the World’s Fair, held an observation deck.

One of the most popular features of the exhibit was the Texaco Company’s map of New York, which was designed with 567 terrazzo mosaic panels, each weighing about 400 pounds. The $1 million map featured 50,000 square miles of New York state in meticulous detail.

After the World’s Fair, the tent was used as a roller skating rink, but by 1976, the roof had become unstable and the tent was removed, leaving the map to be damaged by the forces of weather. A Parks Department representative said the city has conserved four of the map’s tiles. 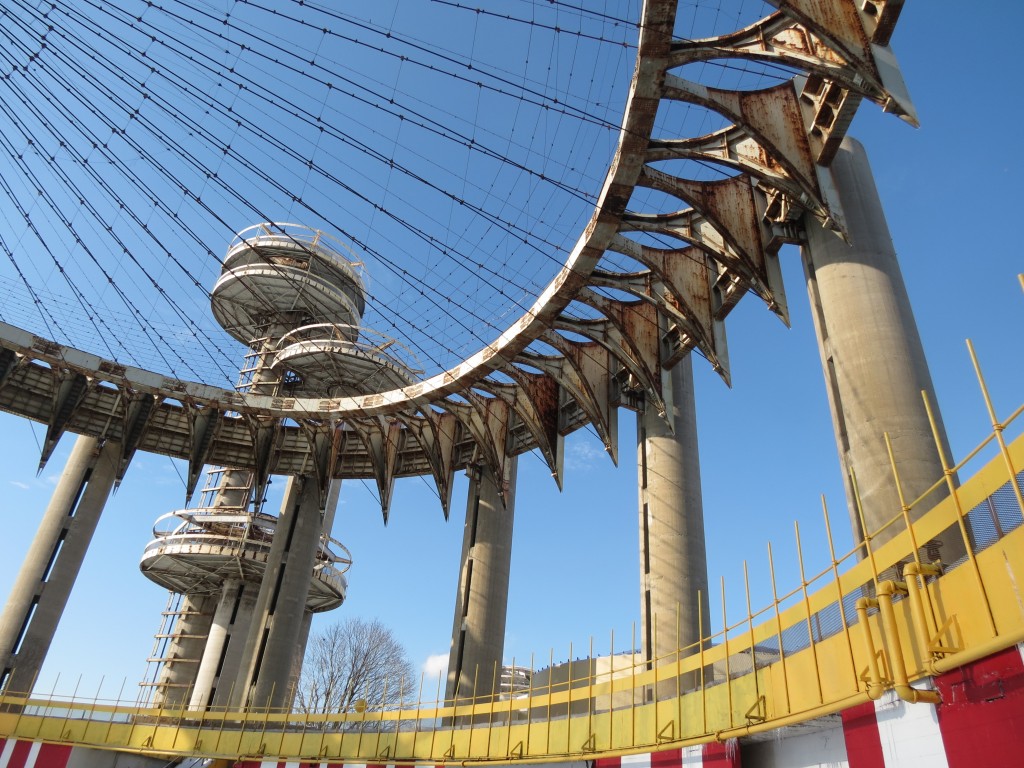 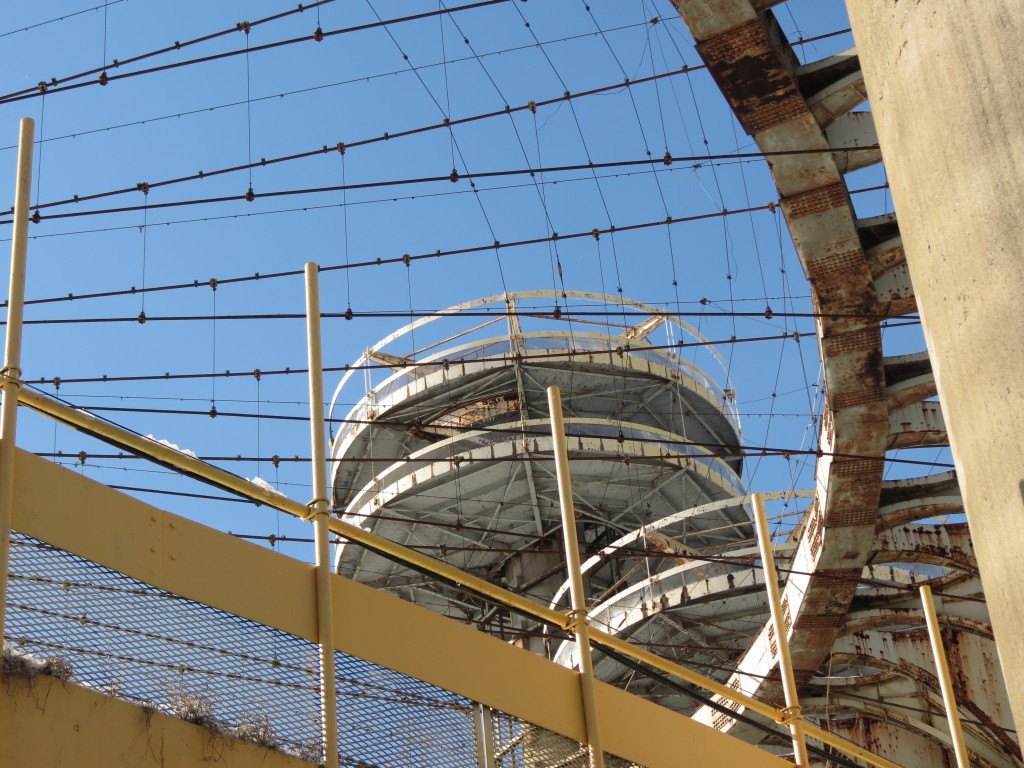 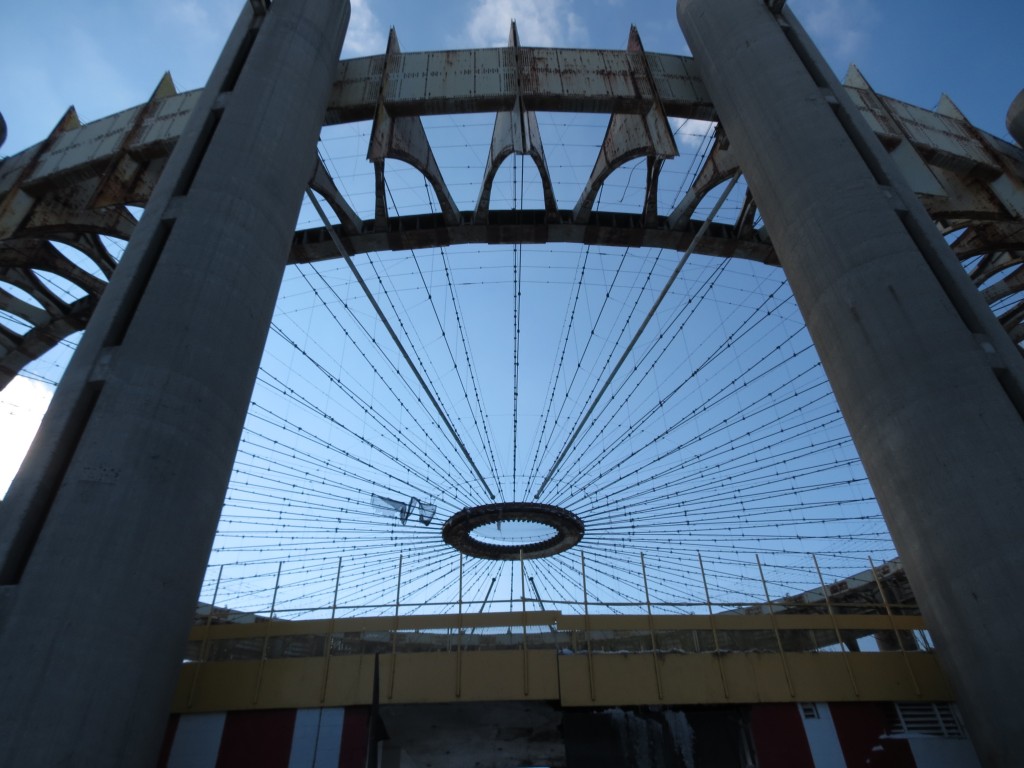 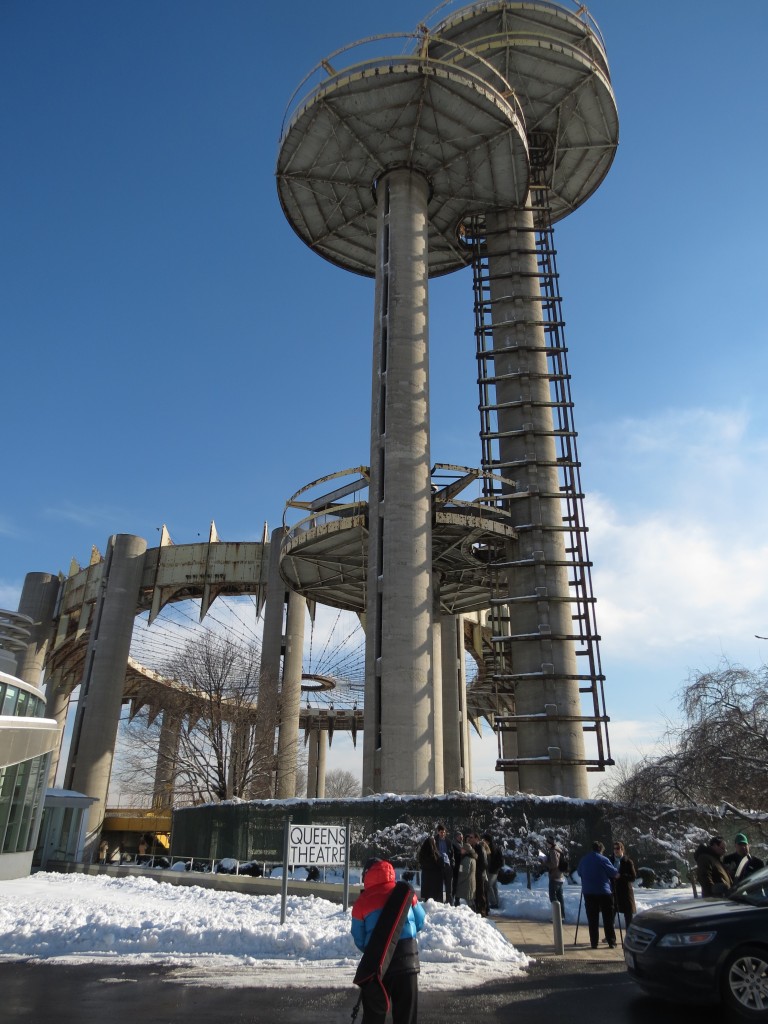 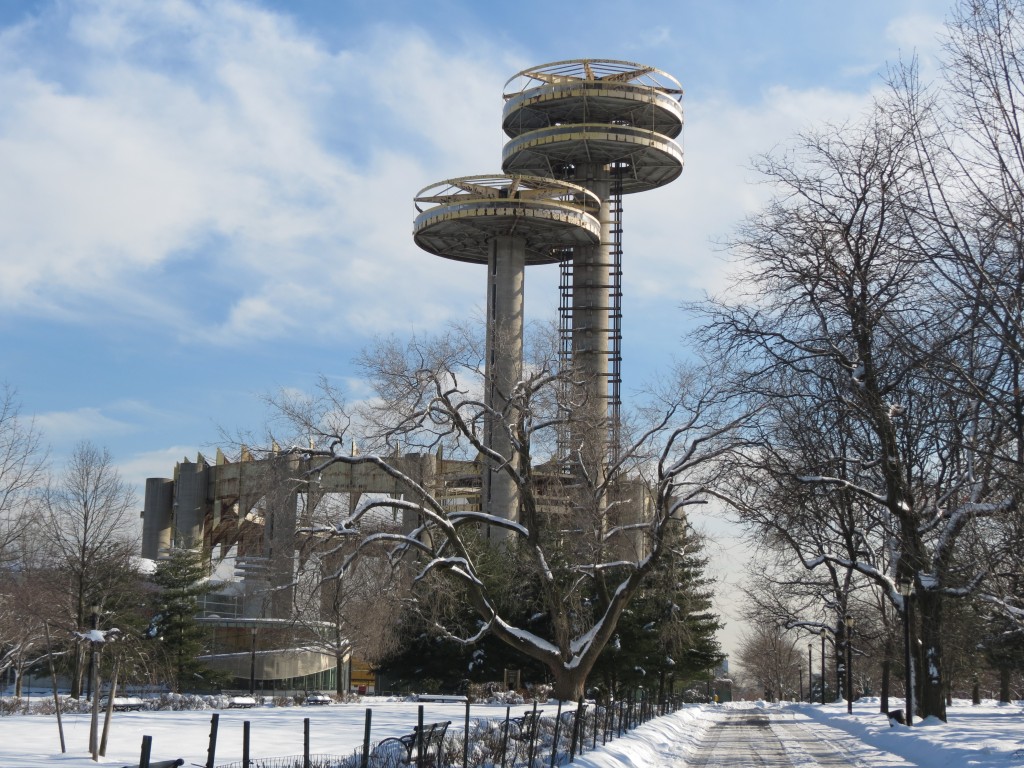