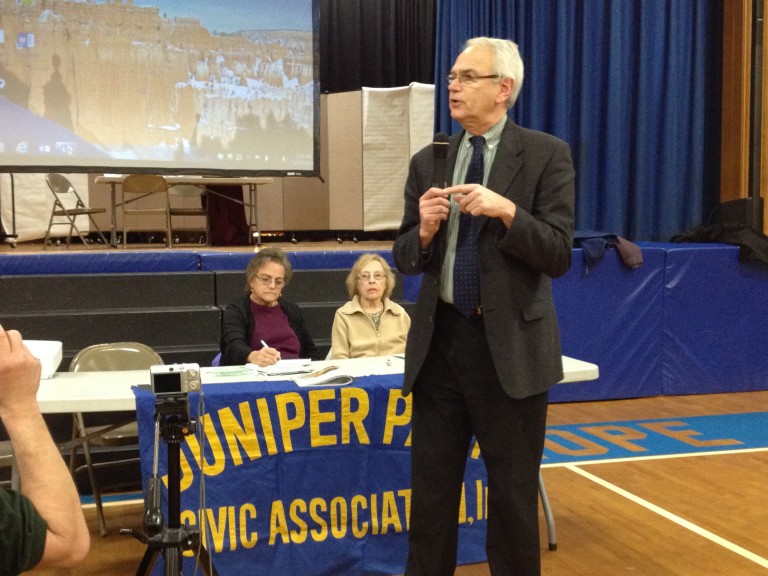 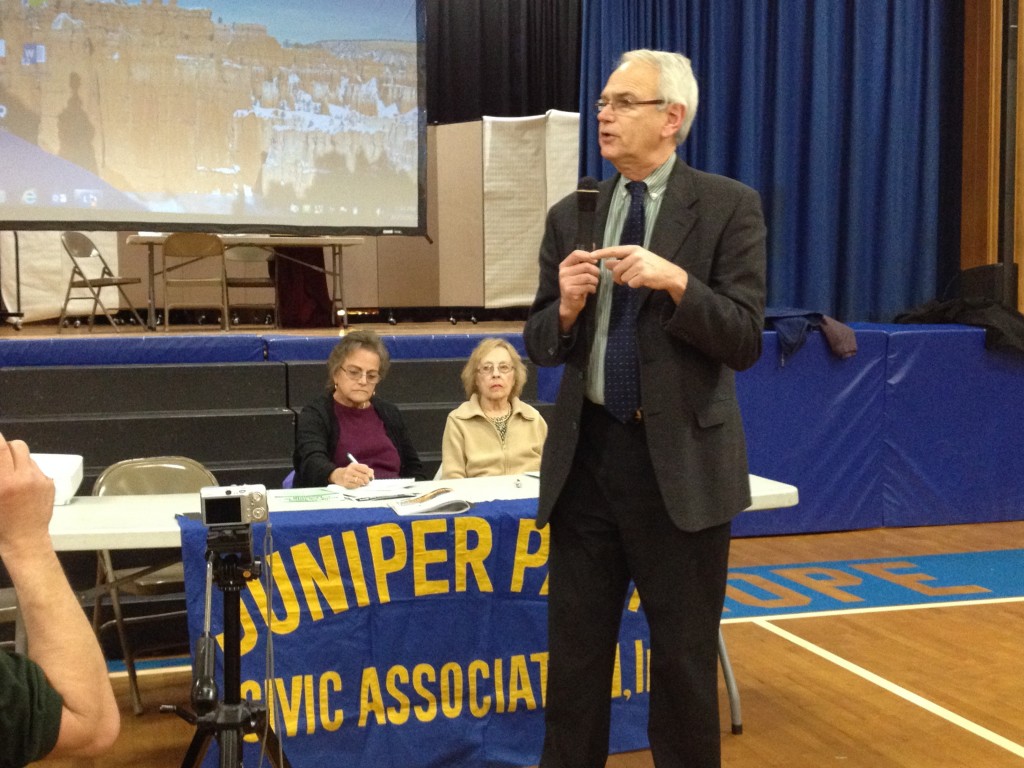 The city started offering curbside collection of organic waste, such as food scraps and yard waste, to some schools and other institutions in 2012 and announced residential tests would begin in parts of Glendale on June 2 and sections of Maspeth and Middle Village on June 16. Haley Rogers, a representative from the Sanitation Department, pitched the citywide plan at the JPCA meeting and garnered mixed results as residents remained skeptical.

“We ask that everybody give it a shot and see how it works for you,” Rogers said.  “The city chose these areas because they all recorded high recycling rates and are home to community-minded neighborhoods.”

Rogers said organic waste made up nearly one-third of all the city’s waste, costing roughly $85 million a year to ship out-of-state for handling. But under the new program, the city would instead re-sell collected compost to landscapers and regional facilities and save money, she said. Results from the project will be compiled into a final report by July 2015, when the city will decide whether or not to make organic waste collection mandatory.

Residents were weary of some of the fine print in the project, which included a separate garbage truck being added to select routes and a mandatory fourth bin being set aside for collection. JPCA President Robert Holden said residents may have been skeptical of the project but they were still happy to see the Sanitation Department putting faith in their Queens enclave.

“I think it would be unreasonable for us to say, ‘No, we don’t want to try it,’” Holden said. “If it will save the city money and improve the environment, then we will try it and see if it works. But there are still some things we worry about.”

Holden said it was natural for Juniper Parkers to worry about the city staying on top of its collections and doing its part to keep the new bins raccoon-safe as organic waste is mostly made up of food. Rogers, however, said the residents living within the target area would receive free trash bins for organic waste equipped with a locking lid and ridges on the edges to help prevent vermin getting to the waste.

Some members of the civic floated other ideas for the city to save money on waste collection and management, such as instituting new regulations on packaging or eliminating the New York Bottle Bill, also known as the Returnable Container Act, which requires a deposit on specific types of beverage bottles and cans. Residents also called for more enforcement against trash scavengers who sift through other people’s garbage for recyclables.

Nevertheless, Holden said he and his neighbors were taking a “wait and see” approach.

“Nobody liked recycling when it first came out, but we understood it was needed because this is a big city that generates a lot of garbage,” Holden said. “We’re just concerned because with anything the city does, you have to go in as a skeptic.”