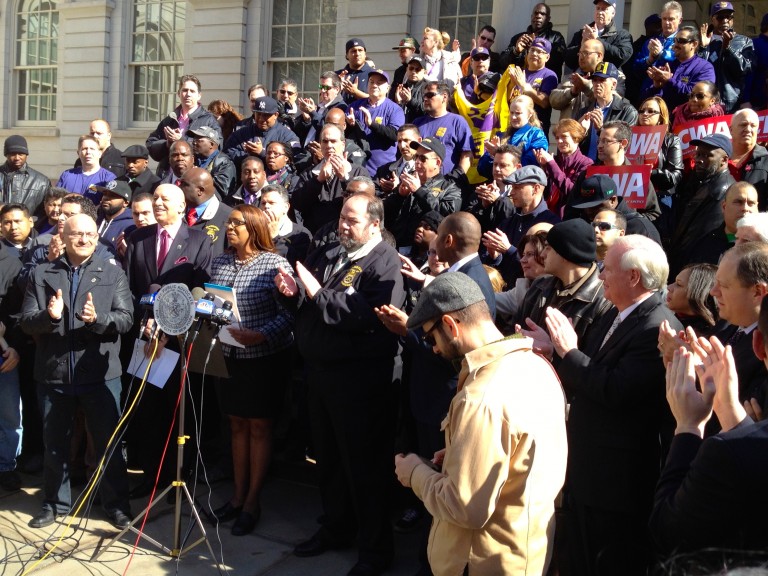 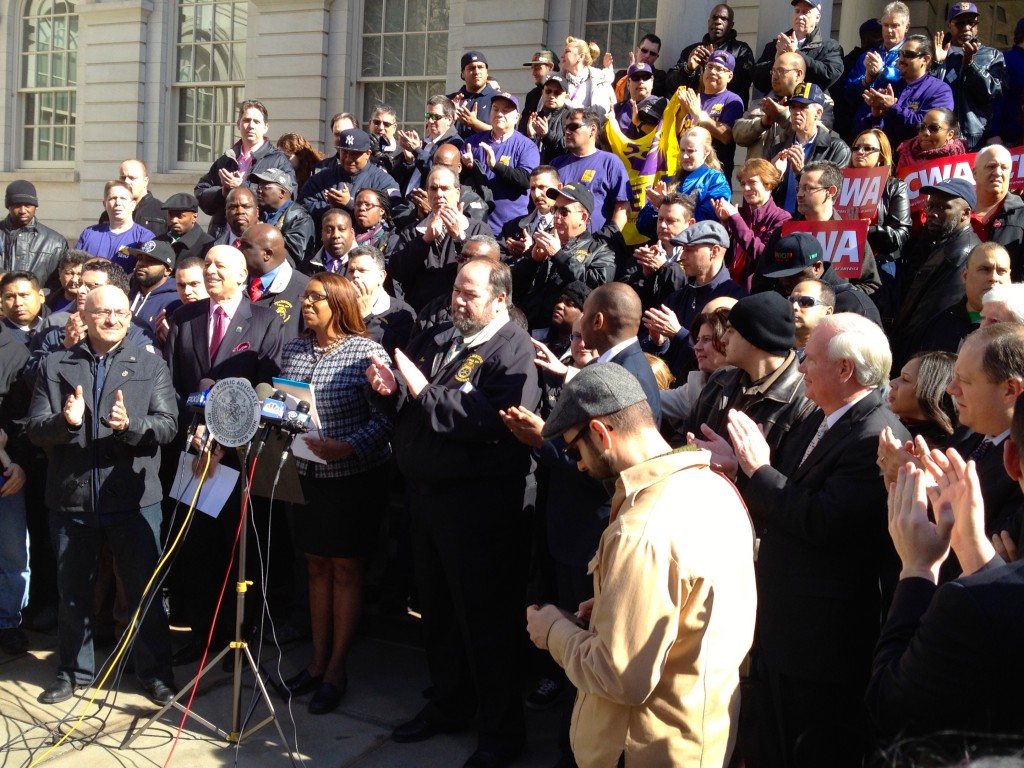 Public Advocate Letitia James was one of several speakers at Thursday’s UPS protest on the steps of City Hall. Photo by Phil Corso

City and state officials fired back against the United Parcel Service’s firing of 20 Queens drivers this week by threatening to cut contracts that save the company tons of cash.

The delivery service notified 250 of its workers of their pending termination last month and passed out its first 20 pink slips on Monday, with potentially more to follow. City Public Advocate Letitia James helped lead a booming rally on the steps of City Hall Thursday morning in protest of the company’s actions, which a UPS spokesman said came in reaction to workers walking off the job in February to support a fired co-worker.

James stood alongside several city and state officials, including City Councilwoman Elizabeth Crowley (D-Middle Village), City Councilman Rory Lancman (D-Fresh Meadows), City Comptroller Scott Stringer and state Sen. Tony Avella (D-Bayside), who used the platform as a reminder to UPS that the company saves millions of dollars each year through various contracts and parking breaks, which they threatened to have revoked.

“We will not stand by idly when New York City workers are being mistreated,” James said. “They must come to the table and revoke these terminations.”

The issue started in February when UPS fired 24-year driver Jairo Reyes. Workers argued he was not allotted the proper termination hearings as stated in his contract and staged a protest on Feb. 26 before returning to work. UPS argued the walk-out put the workers in violation of their contract and notified them last month they would be terminated.

A UPS spokesman said the threats of revoking city and state contracts with the delivery company would in return impact the lives of even more workers.

“UPS appreciates its business with the New York public offices,” he said. “Ultimately if that business is reduced or eliminated, the result will be reduced need for UPS employees to serve the pick-up and delivery requirements of City offices, potentially impacting the livelihoods of the many local UPS employees that did not join in the illegal work stoppage.”