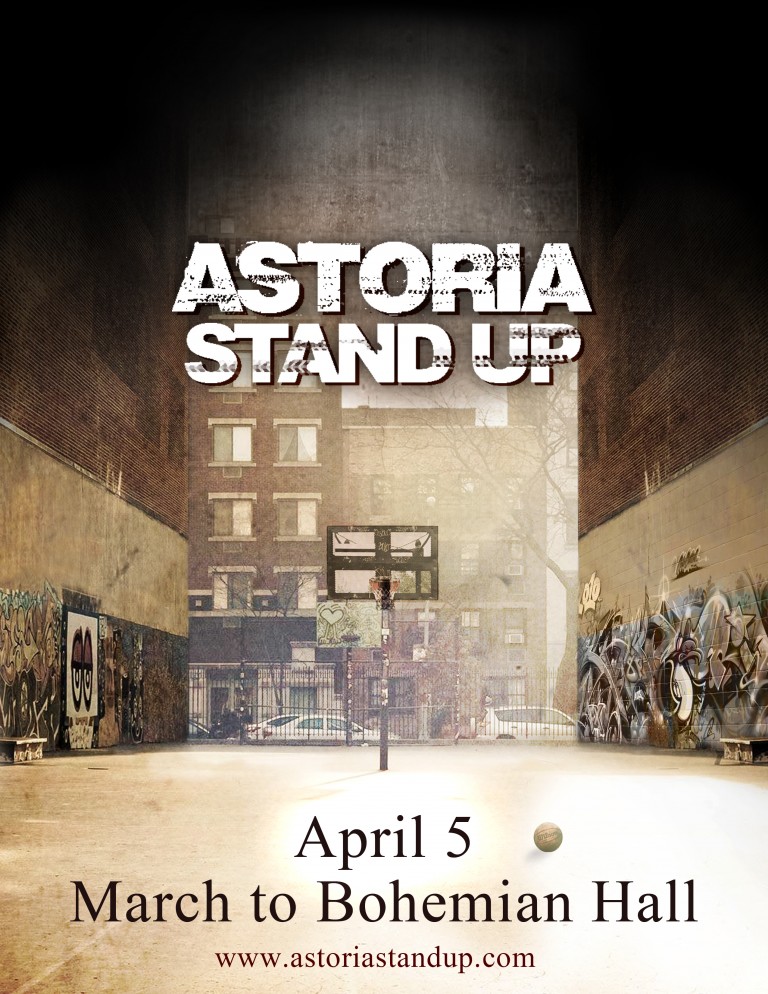 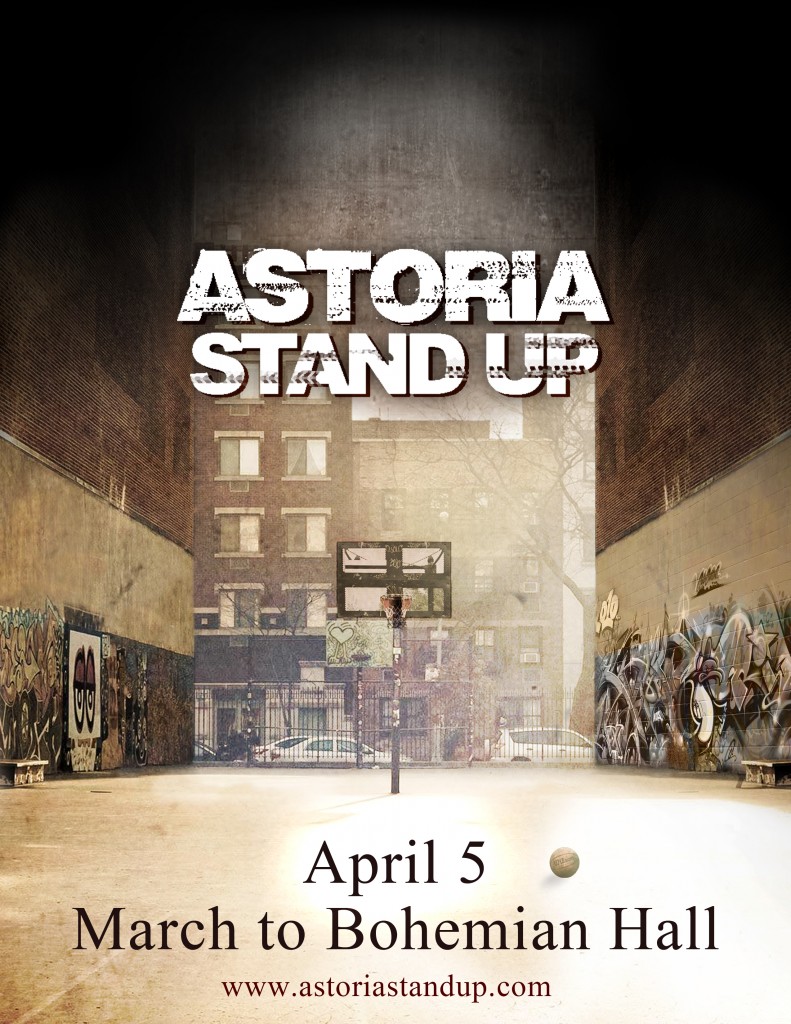 When Paras Chaudhari and Chrysovalantis Stamelos moved to Astoria just after graduating from college in 2004, the two friends launched a film company and immediately began working on a drama that delved into topics not always easily digested – such as racism and homophobia.

Centered around characters’ interactions on a basketball court, the film “Astoria Park” is an effort to explore difficult social issues while straying from an after-school special feel and wading more into something not easily depicted: Reality.

“It’s about a place in the neighborhood that, no matter who you are, no matter where you’re from, you can go to this park and you can be there to decompress and coexist,” Chaudhari said of his movie, “Astoria Park.”

A founder of Astoria Stand Up – a community-based campaign to showcase the solidarity and diversity of the area’s artists, residents, and businesses – Chaudhari is now trying to spread the word about their group and film in an effort to create an even more cohesive community. 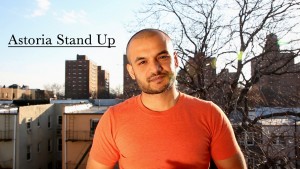 A series of upcoming events are being held to help Paras Chaudhari, pictured, and his fellow filmmaker Chrysovalantis Stamelos raise money for their film, “Astoria Park.” Photo courtesy Paras Chaudhari

“I think it’s time the community knows about this project while it’s being made, not after it’s made,” Chaudhari said. “We said, “Why don’t we bring together artists in this community?”

And, beginning this Saturday, April 5, they are doing just that.

The filmmaker – who, along with Stamelos, who now lives in Turkey, founded Crescent Street Films – will be kicking off a Kickstarter campaign to generate funding for “Astoria Park” on April 5. He will shoot a video that will air on his Kickstarter – a crowdfunding platform – website in Astoria Park with friends, family and artists, and he is inviting anyone interested in getting involved to meet at the Bohemian Hall and Beer Garden at 29-19 24th Ave. in Astoria around 12:30 p.m. Chaudhari will then film a shot of the crowd before a showcase of area artists will begin around 1:45 p.m. to 2 p.m. at Bohemian Hall – the oldest beer garden in New York.

“We want to show the diversity of local artists – there will be spoken word, jam bands, lots of different stuff,” said Chaudhari, who is partnering with author and poet Audrey Dimola to organize the April 5 event.

Following the show at the beer garden, there will be another showcase of musicians and poets on April 13 – this time at the Strand Smokehouse at 25-27 Broadway in Astoria. Beginning around 6 p.m., the evening will again highlight the wide range of creative individuals living within the neighborhood.

“There’s so much talent here in Queens, and it’s not getting the recognition it deserves,” Chaudhari said. “And I think most of the artists agree that there’s not enough venues to share their voices, so I hope what we’re doing is going to be a big part of moving that along.”

The amalgamation of the different artists, writers, poets and others from the area is representative of a major theme in “Astoria Park” – the idea that while diversity can raise difficult questions – it ultimately makes life a far greater place.

Focusing on the lives of the main characters, Aman and Sean, whose “lives are tragically linked,” according to Chaudhari, the film tells the story of the hottest day of the summer on the basketball court, where two groups of friends are “struggling to protect their identity in an intense environment.”

“I want to bring up a conversation and have you, the audience, walk away with something to talk about without me telling you what I think is right,” he continued. “Basketball is the intersection of culture and society, and it starts right here in the neighborhood.”

For more information about Astoria Stand Up, “Astoria Park,” or the upcoming events, visit astoriastandup.com