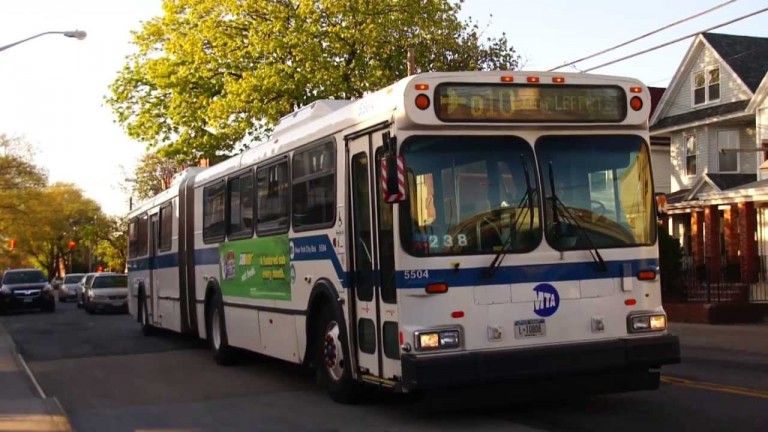 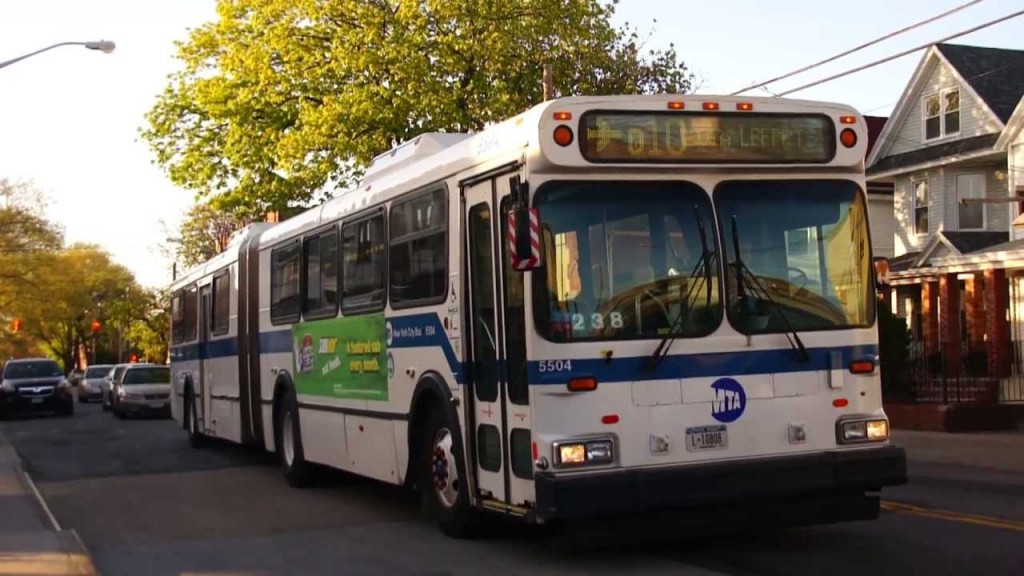 Some Kew Gardens residents are up in arms over the city’s plans to tweak the Q10 bus route. Courtesy photo

Both the buses and frustrations are growing in Kew Gardens.

Members of Queens Community Board 9 have asked the Metropolitan Transportation Authority to put the brakes on a plan than would run longer articulated buses along the Q10 line between Kew Gardens and John F. Kennedy International Airport and stop on Kew Gardens Road for shift changes. The agency visited the group’s March meeting to discuss the change and was met with some criticism.

“This would be a complete nightmare,” said Andrea Crawford, chair of the CB 9 Transportation Committee. “This kind of thing may work down along other routes, but not in Kew Gardens. It’s just inappropriate.”

Albert Lai of the MTA delivered the latest plans for the Q10 at last month’s CB 9 meeting and said the agency’s goal was to send buses up Lefferts Boulevard with a left turn onto Kew Gardens Road before getting onto Queens Boulevard. Along that route, buses would be making 10-minute rest stops near 80th Road in between shifts, he said.

The bus stops themselves would also be adjusted to make room for the bigger buses by eliminating about seven nearby parking spots, the MTA said. The entire plan, the agency said, was crafted with the goal of street congestion and providing more commuting options to riders.

“Those are apartment buildings – people live there,” Crawford said. “This is not an industrial area. It is a residential block. Utilizing Queens Boulevard would be much better.”

Crawford argued that Lefferts Boulevard would not be ideal for this kind of plan because it only has one lane going in either direction, making the perfect recipe for congestion and other traffic problems. The additional rest stops would also transform the mid-Queens roadway into an impromptu bus terminal, she said, which would negatively impact the surrounding homes and businesses.

“The MTA already failed us during this winter’s snow storms,” she said of the traditional 40-foot buses she saw struggling to navigate the city’s snowy streets over recent months. “So to put these buses on a one-lane road is just crazy. This is simply an untenable situation.”

One of the more problematic parts of the route, Crawford said, included the northern part of Lefferts Boulevard, where buses were mapped out to drive near PS 99 and put some passing pedestrians at risk.

A spokesman for the MTA said the Q10 route was the agency’s highest-volume local route with an average weekday ridership of nearly 25,000 and a plan such as this one was necessary in order to address overcrowding on the routes.

“The average weekday ridership on NYC routes is approximately 12,000, so there is heavy demand on the Q10 and we have added the articulated busses to meet that demand,” he said.

Crawford argued the MTA needed to do more community outreach before presenting such a proposal, and evidence to her claims was backed up when so many community board members came out in opposition.

The MTA agreed to revisit the alterations and come back to CB 9 within the next week or so.

“That battle, we are still waiting to finish,” she said. “We hope the MTA comes up with a reasonable alternative.”