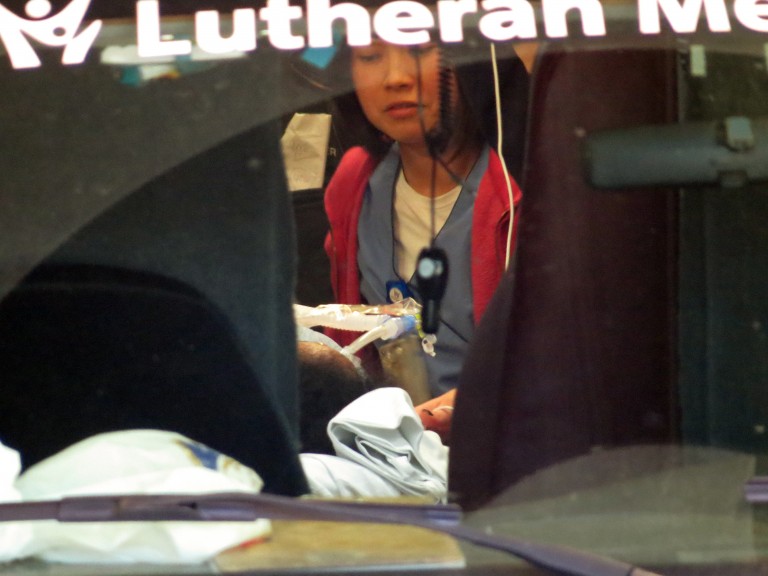 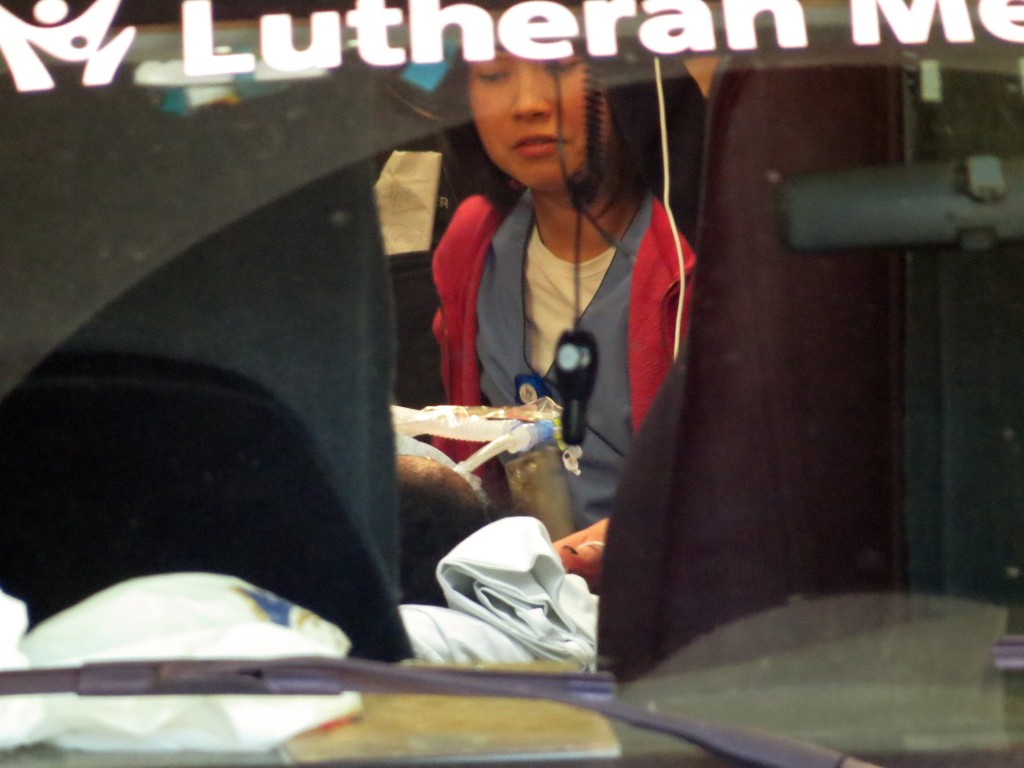 NYPD Housing Officer Rosa Rodriguez, of Howard Beach, is treated in an ambulance after responding to a fire in Coney Island on Monday. Photo by Robert Stridiron

A Far Rockaway officer died, and a Howard Beach officer is fighting to survive, after responding to a fire allegedly set by a teenager in his Coney Island apartment building Monday, officials said.

Dennis Guerra, 38, a married father of four from Far Rockaway, was pronounced dead at Montefiore Medical Center in the Bronx at 6:50 a.m. Wednesday morning, the NYPD said. Rosa Rodriguez, 36, who lives with her family in Howard Beach, has been in critical condition at New York-Presbyterian Hospital Weill-Cornell.

According to police, Marcell Dockery, 16, allegedly torched a mattress on the 13th floor of a New York City Housing Authority building in Coney Island. When the blaze got out of control, Dockery called 911 – after which Rodriguez and Guerra appeared on the scene, officials said. However, by the time the two arrived, the smoke was so toxic that the two were knocked unconscious. Firefighters removed them from the 18-story building, and they were immediately hospitalized for carbon monoxide poisoning and smoke inhalation, officials said. Guerra fell into a coma, from which he never emerged, according to officials.

“We’ve lost a good man… a very brave police officer who did something that most of us wouldn’t know how to do: He went selflessly toward the flames,” Mayor Bill de Blasio said of Guerra.

In a speech given by the mayor on Thursday, de Blasio said of Guerra that, “we lost someone who exemplified all that’s good about New York City, and my heart goes out to his family.”

Dockery was charged Monday with assault, arson and reckless endangerment. Following Guerra’s death, the charges are expected to be upgraded to include felony murder, officials said.