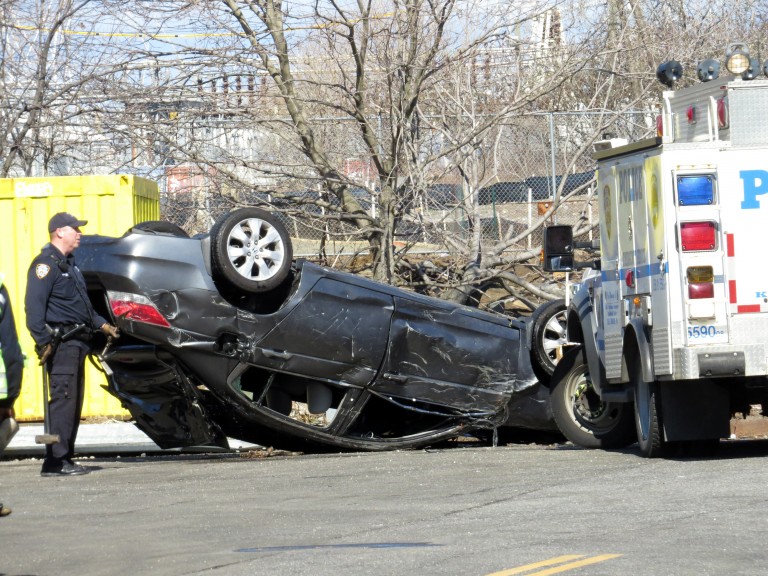 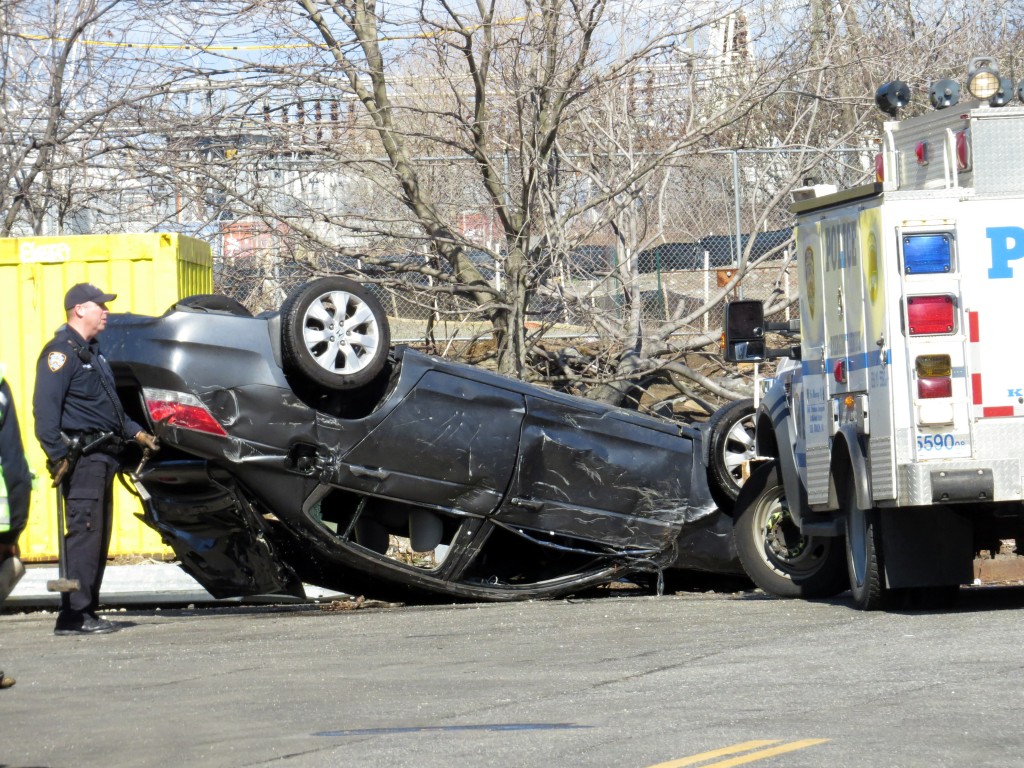 Four people died after this car flipped over into Steinway Creek in Astoria Friday. Photo by Robert Stridiron

After four young people were killed when their car plunged into Steinway Creek in Astoria Friday, police are investigating speed and rain as potential causes of the fatal accident and the city is expected to conduct a review of roads leading to water throughout the city following a request by a Queens lawmaker.

The victims, Jaleel Feurtado, 20; Crystal Gravely, 19; Jada Monique Butts, 19; and Darius Fletcher, 21, died after their car flipped over into the creek after the driver, Andrew Gramm, 20, allegedly attempted to make a U-turn when confronted with the road that dead-ends at the water, police said. Gramm was the only one who managed to make it out of the car alive.

The five friends, all of whom lived in East Elmhurst, had been returning from celebrating Gravely’s birthday, which was Saturday, according to published reports.

Gramm did not have alcohol in his system, the NYPD said. The cause of the accident had not been determined as of press time, but police said they were investigating speed and rain as two possible reasons for the accident that left family and friends reeling from the tragedy.

“Gone way too soon,” one woman wrote on a Facebook photo of Gravely. “…Our hearts are broken, but heaven gained an angel. Sleep in peace.”

Following the deadly crash, state Sen. Michael Gianaris (D-Astoria) called for the city Department of Transportation to review roads leading to the water. DOT officials said this week they would do so.

Gianaris, who lives five blocks from the accident site, noted that reports from the crash raised questions about the strength of the chain-link fence meant to serve as a barrier between the road and the creek – which did nothing to stop the car on Friday. Additionally, the legislator said there is a lack of proper signage indicating that the street leads to a dead end.

“Our community is still grieving, but we can hopefully find some solace in the fact that the city is acting quickly to prevent tragedies like this one from happening again,” said Gianaris. “It is incumbent upon us to keep our neighbors safe as they move around our city, and I will keep fighting for safety measures to be implemented before the next accident occurs, not after.”