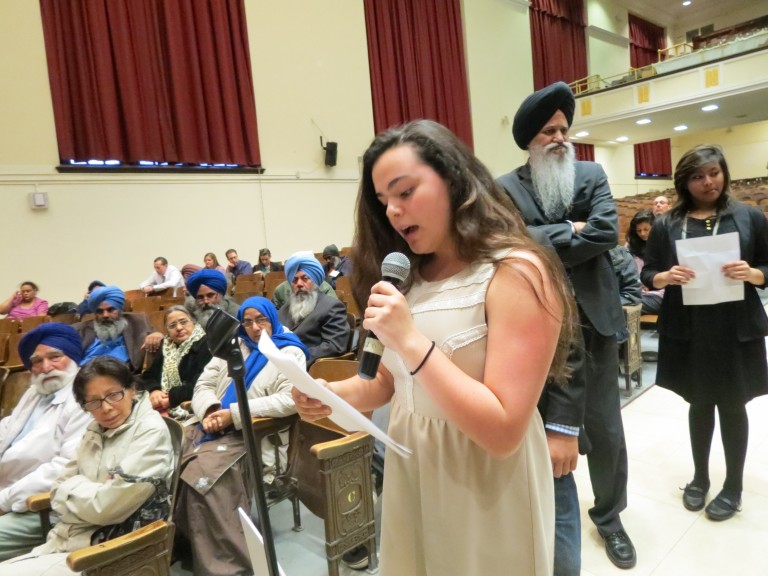 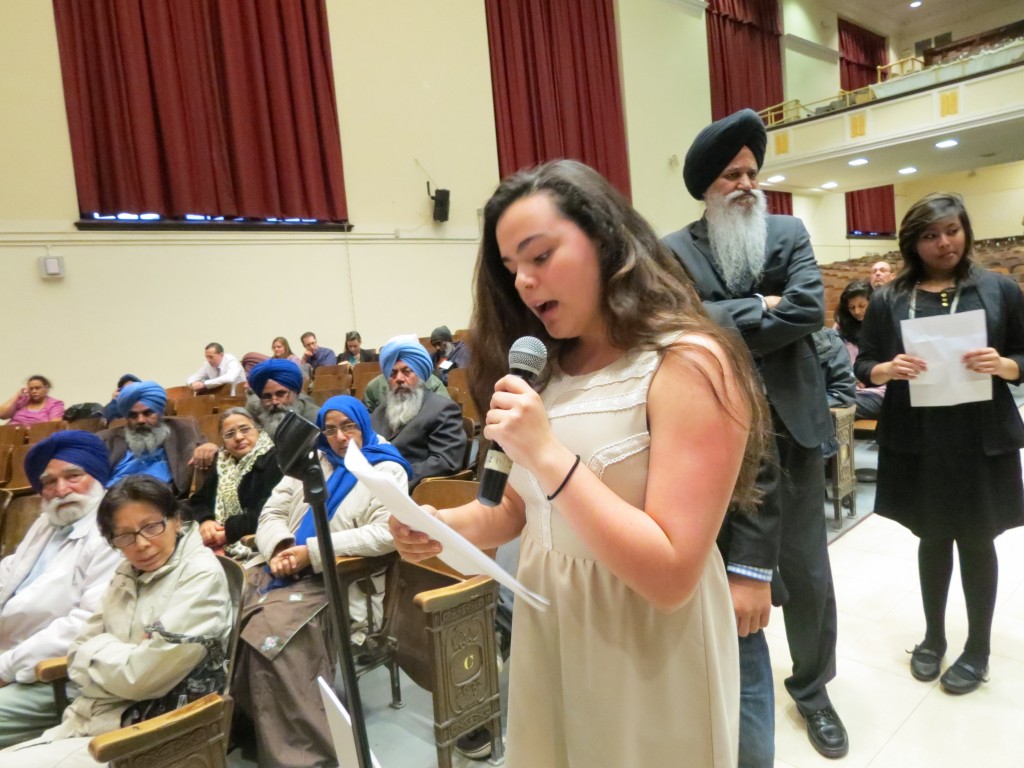 For years, Richmond Hill High School struggled – with low graduation rates, with violence, with trying to land resources from a mayoral administration that teachers and students argued had turned its back on the South Queens facility that educates a large population of students who speak English as a second language.

But, recently, educators, parents and students agreed: Things have been turning around. Pupils seem to have embraced a new principal, Neil Ganesh, who they said has been leading the school out of what some leaders called the school’s “dark days” and into a world where students have access to a wide variety of classes, graduate on time, and go on to succeed in college.

However, area leaders said at a meeting organized by state Sen. James Sanders (D-South Ozone Park) Tuesday evening  that the optimism surrounding the school could be a short-lived fantasy if the city moves forward with its plan to move more than 400 Richmond Hill HS freshmen from the annex that all first-year high school students now attend class into some of the 22 trailers – many of which are more than 12 years old – outside the high school that parents called “dangerous” and “decaying.” 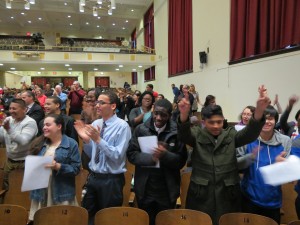 “When Richmond Hill High School was overcrowded, we were forced to have multiple schedules – and the graduation rate was at 49.3 percent,” Vishnu Mahadeo, president of the high school’s Parent Teacher Association, said at Tuesday’s gathering held at the high school. “It was deemed a persistently low-achieving school. Those were the dark days of Richmond Hill High School.

“If they take the annex from us, those 400 kids will have to be accommodated,” which would once again create the kind of overcrowding that lends itself to academic decline, among other problems, Mahadeo continued.

Sanders said he convened the meeting, which was also attended by City Public Advocate Letitia James, Assemblyman David Weprin (D-Fresh Meadows), and the Queens Borough President’s Education Director Monica Gutierrez, among others, in order to “save Richmond Hill High School.”

Last year, the city Panel for Educational Policy voted in favor of the city’s plan to open a new high school in Richmond Hill’s annex, a facility located a couple blocks from the main campus, at 94-25 117th St., that was opened to address overcrowding at the school. The DOE then plans to open a new high school in the annex – which city officials have argued would result in smaller class sizes at Richmond Hill. According to the DOE, enrollment at the high school would drop from the current 2,184 students  to as low at 1,580 pupils in the 2017-18 class.

“The DOE is planning to gradually decrease Richmond Hill’s enrollment by approximately 420 to 460 students over a period of four years,” the city stated in its impact statement.

This, however, is vehemently contested by everyone from parents to educators to students, who say closing the annex to them will flood the trailers on the main campus – which the public advocated noted are currently made up of predominantly English Language Learners.

James also noted that she received a phone call from city Schools Chancellor Carmen Fariña Tuesday, when the educational leader promised her she would visit Richmond Hill HS to assess the situation.

The city DOE did not respond to a request for comment for this article.

“We’re tired of the DOE – we take one step forward, and the DOE kicks us 20 steps backward,” said Cheryl Rose, co-president of the school’s 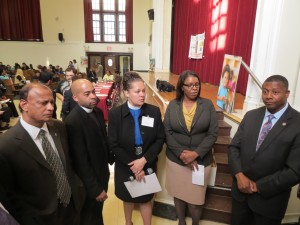 While the city PEP did vote to approve the plan, de Blasio has the authority to stop it. Elected officials said there are plenty of other options to reduce overcrowded at Richmond Hill, and Weprin noted that the recently passed state budget includes a $2 billion Smart Schools Bond Act, some of which he argued could be used to eliminate the trailers and build permanent classrooms.

A number of students spoke during Tuesday’s meeting and stressed many of the same points. Freshman Indpreet Kaur said the annex “provides a great experience to students,” with pupils appreciating the smaller classroom sizes, and the high school’s junior president, Summer Cruz, said she was concerned that the closure of the annex would translate to the school being unable to offer various programs because of a flood of students.

As for the trailers that the students would moved into, English teacher and United Federation of Teachers Chapter Leader Charles DiBenedetto said they essentially scream to students: “We don’t care about you.”

“If you go into those trailers, they’re deplorable; they’re disgusting,” he said. “… There’s mold on the ceilings, holes in the walls. It’s like being in a little rat cage.”