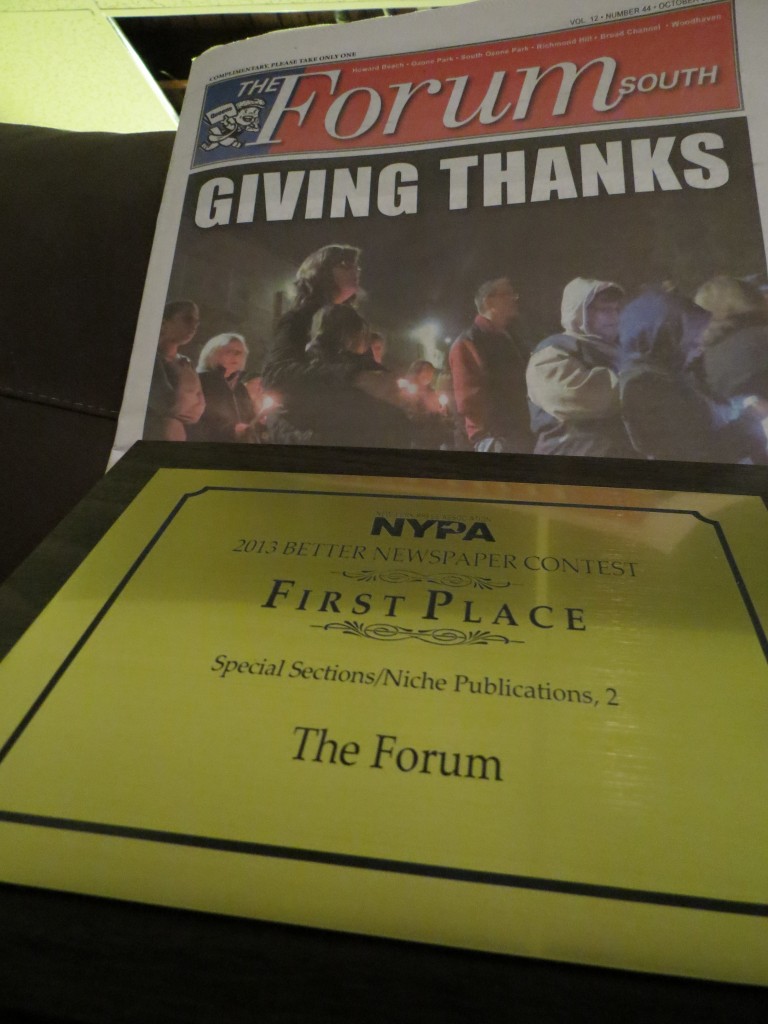 The group announced the award at NYPA’s Spring Convention and Trade Show, held last Friday and Saturday in Saratoga Springs. The Forum shared the first place honor with The Wave, the Rockaway-based newspaper.

Saying there was “no way to choose between the Sandy sections,” the judges went on to note that “you can literally feel the blood, sweat and tears of the people and communities affected in each section.”

The 76-page Oct. 31 edition of The Forum marked the year anniversary of Hurricane Sandy with stories about the people whose lives were turned upside down in a matter of hours – and the overwhelming support the community gave in a time that has been like no other.

“It is certainly a wonderful feeling to have your work recognized by your peers,” Forum Publisher Patricia Adams said. “And in this case it is especially sweet because we had such a large contribution from our readers, who, despite being devastated by the storm, took the time to share their experiences with us. This was community journalism at its best, no doubt, and I could not be prouder of The Forum and of the staff.”

As The Forum put together the edition, the overwhelming theme throughout it was the importance of community in a time when government and other agencies seemed to have abandoned South Queens.

As we wrote on the front page, headlined “Giving Thanks,” “people reached out their arms to catch anyone in need and held them until they could stand again. Residents said the community was tested, but because of love, faith, and the goodwill of neighbors, it has persevered – and will continue to do so.”