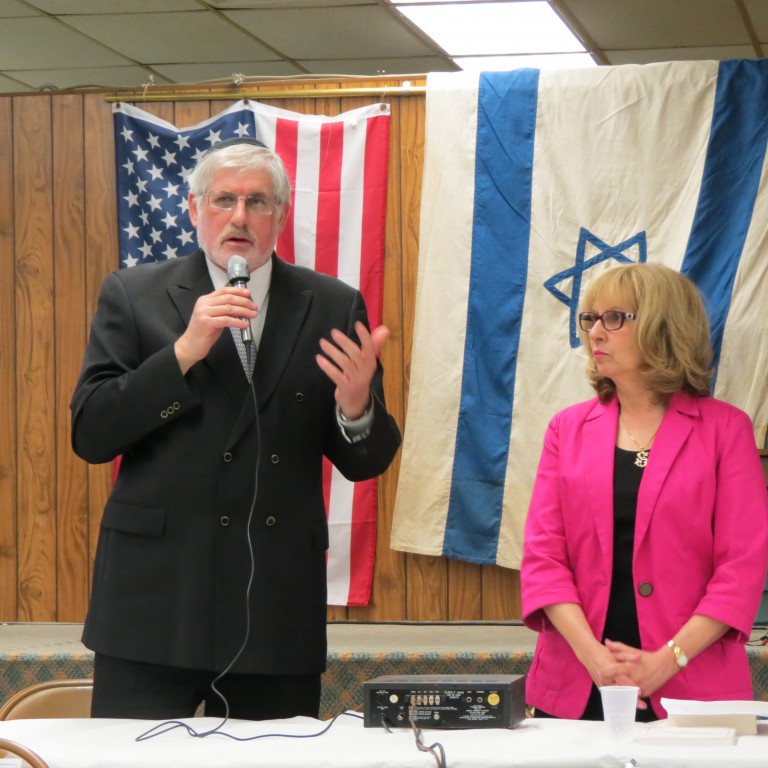 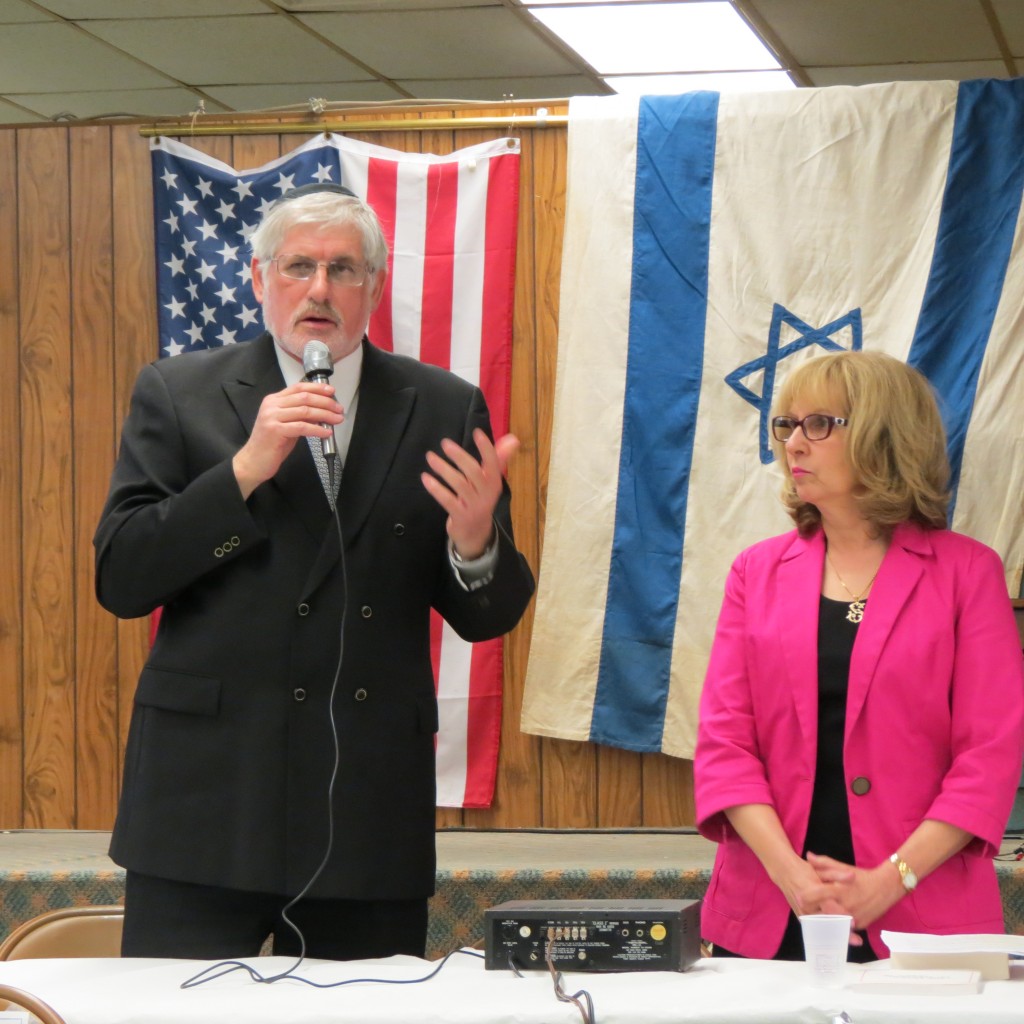 Lifting up her sleeve, Judy Berkowitz looked down at the number tattooed on her arm when she arrived at Auschwitz with her parents and five siblings, all of whom were murdered at the death camp, and said, 70 years later, she can remember it like it was yesterday: the crowds of people standing naked with their heads shaved, the beatings, the killings, the mass graves.

“I can still hear the knock, them saying, ‘Open the door; open the door; this is the police,’” said Berkowitz, who had grown up in the former Czechoslovakia and was 19 years old when she and much of her family was taken to Auschwitz, a Nazi-run death camp where at least 1.1 million people were killed – 90 percent of whom were Jewish.

“It never goes out from my mind,” continued Berkowitz, who attended the Holocaust Remembrance Day ceremony at the Rockwood Park Jewish Center in Howard Beach Sunday evening. “I remember each and every day what happened. I would see everyone – women, children, the religious – waiting outside, naked their heads shaved. People were beaten. There was no food. They made a big, big hole and pulled people from the gas chamber to burn in the hole.”

Each year, people around the world mark Yom HaShoah, also known as the Holocaust Remembrance Day, by honoring the memory of the six million Jews who were murdered during the Holocaust, as well as all of those who were not murdered but had to endure the atrocities of the Nazi regime. In addition to Rockwood Park’s event, there are ceremonies across New York City, where about 65,000 of the world’s approximate 500,000 Holocaust survivors live. In Queens, there are about 9,000 Holocaust survivors – the second largest population in the city, following the 38,000 survivors who reside in Brooklyn. 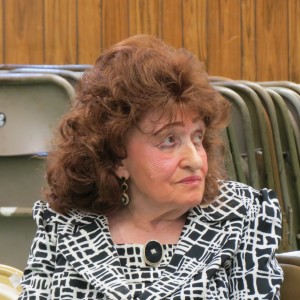 Judy Berkowitz was 19 years old when she and her family were forced to go to the Auschwitz death camp. After her parents and five siblings were murdered there, Berkowitz was freed after the 1945 liberation and moved to Israel and then the United States, where she and her husband raised their son, Rabbi Tzvi Berkowitz of the Rockwood Park Jewish Center. Anna Gustafson/The Forum Newsgroup

During Sunday’s event, Susan L. Somers, a former senior prosecutor attorney to the United Nations International Criminal Tribunal at The Hague for the former Yugoslavia, spoke about the influence the Nuremberg trials – a series of military tribunals held following World War II to prosecute prominent Nazi leaders – has had on consequent tribunals, including on her own work prosecuting and investigating crimes against humanity.

“Because of Nuremberg’s tenacious prosecutions, we’re able to mitigate some effects of war,” said Somers, who tried individuals tied to the Omarska death camp that was run by Bosnian Serbs and was one of 677 detention center and camps set up throughout Bosnia and Herzegovina during the 1992 war. About 7,000 Bosniaks and Croats were held at Omarska, and hundreds died of beatings and starvation, according to the United Nations.

“Will every person who who carries out atrocities be punished?” Somers continued. “No. But they realize there may be a day of reckoning.”

The international justice system is a complex one, Somers said, especially when considering that prosecutors are working on cases that can take years and involve bringing witnesses to testify about events that few can truly understand – seeing one’s entire family killed before them, watching as countless innocent people are tortured and murdered, seeing their home devolve into a chaos that would haunt them for the rest of their lives.

“When you hear what people have gone through, you’re silent,” Somers said.”You can’t imagine this could happen to human beings.”

As the number of Holocaust survivors dwindles, religious and civic leaders have stressed the importance of documenting individuals’ stories and continuing to lead conversations about the atrocities of World War II.

“We have to keep doing this, year after year,” said Queens Supreme Court Justice Augustus Agate, a Howard Beach resident. “History repeats itself.”

Community Board 10 Chairperson Betty Braton echoed this sentiment and said that “eternal vigilance is the price of liberty.”