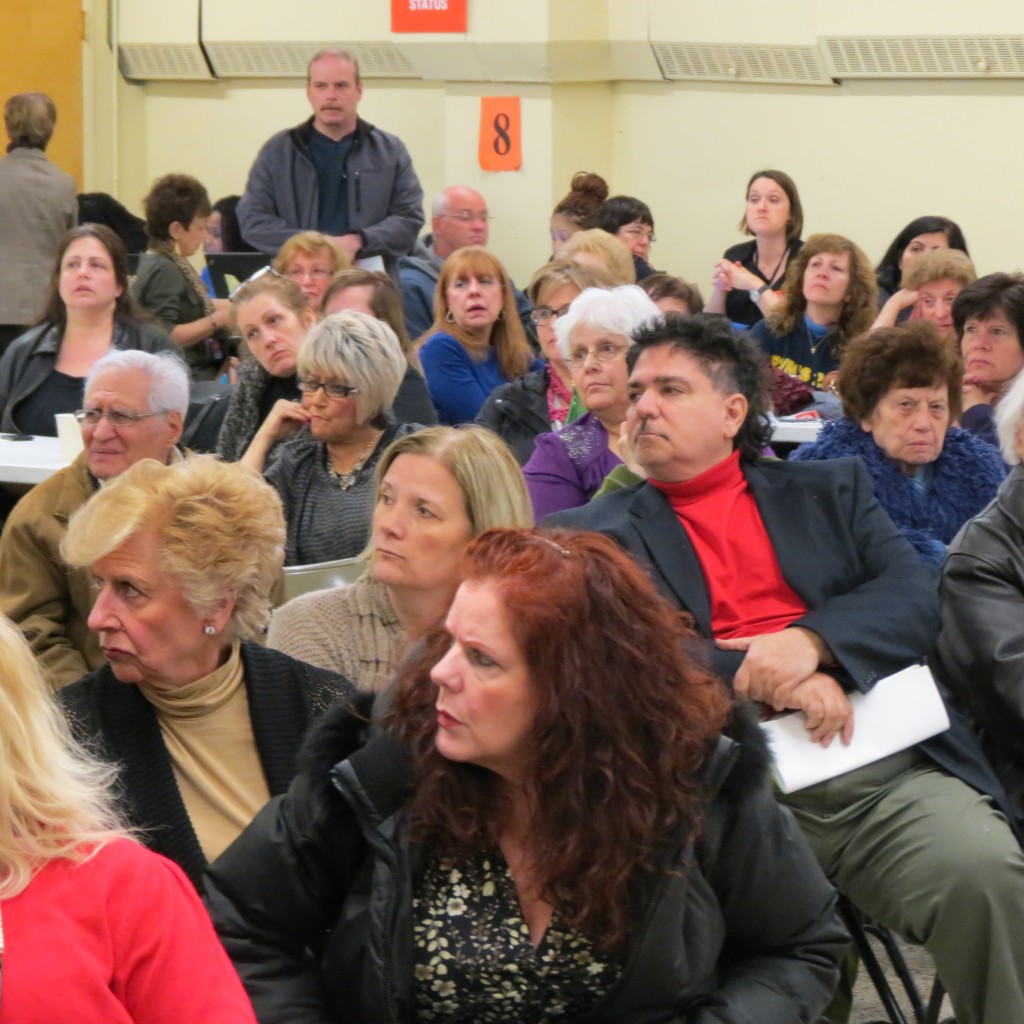 Looking out at a sea of hundreds of South Queens residents, many of whom sat with arms crossed and lambasted the city for failing to deliver the funding that was promised to help them after Hurricane Sandy decimated their homes, the new head of the Build It Back program, Amy Peterson, told them, simply, “Don’t give up.”

Some laughed bitterly at this statement, others looked angry, and others still wiped tears from their eyes as they tried to describe to Peterson, who spoke at the Howard Beach-Lindenwood Civic meeting at St. Helen’s Tuesday evening, the kind of nightmare their lives have been over the past 18 months – because of the chaos that Sandy brought in general and, specifically, because of what they said was a lack of support from the city, namely through its Build It Back program.

“I don’t know what to do – I have a baby and we’re about to be homeless,” said Allison Alacqua, who was one of the first people in the city to apply for financial help from Build It Back last July but has not yet received any aid and is now facing her rental assistance ending this July. 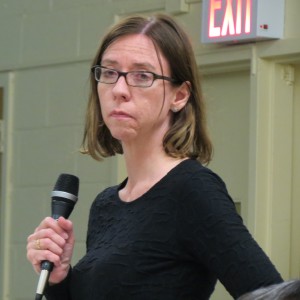 Amy Peterson, who was appointed the new head of Build It Back a little more than one month ago, said she knows her program has fallen far short of where it needs to be. Photo by Anna Gustafson

While the federal government allocated close to $650 million for the city’s Build It Back program, which former Mayor Bloomberg originally set up to help individuals impacted by Sandy, the initiative seemed to languish in red tape – and when Mayor Bill de Blasio took office the city had started construction on zero homes. Now, construction has begun on 17 homes, including five in Queens – but that figure pales in comparison to the 20,000 applications the city has received for help through Build It Back.

Therefore, people like Alacqua are not the exception – they seem to be the rule when it comes to Build It Back.

Peterson, who was just appointed to her position a little more than one month ago, and other Build It Back officials have stressed they are determined to turn this around – everything that is wrong with the system, including the problems with rental aid.

“The rental assistance is a big issue for everyone,” Peterson said. “…We are tryign to help people use insurance proceeds, and we’re looking for other funds.”

De Blasio said at a press conference a couple weeks ago on Staten Island, which, like South Queens, Rockaway, and South Brooklyn, was devastated by Sandy, that his administration aimed to have construction started on 500 homes by the summer’s end, as well as have sent out 500 checks reimbursing individuals for work for which they have already paid by the same time.

“The mayor has made this his biggest priority,” Peterson said at the Howard Beach meeting Tuesday night. 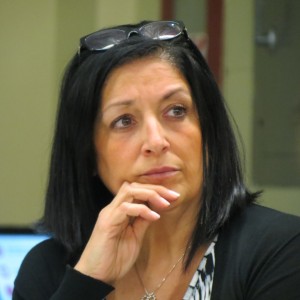 Howard Beach-Lindenwood Civic President Joann Ariola listens as residents voice a long list of complaints about the city’s Build It Back program. Photo by Anna Gustafson

City officials also stressed that they are attempting to completely overhaul a program that has been slammed for its incompetence – for example, every single applicant who has spoken to The Forum has said program officials have lost their paperwork at least once, and often more. Still, Build It Back officials noted that, as of Dec. 31, 2013 – the day before de Blasio was sworn in – there had been 2,566 damage inspections for Build It Back, and today there have been more than 10,103.

And while Peterson said, “it’s very clear, 18 months after the storm, the program is not working the way it needs to work,” she vowed to not stop until everyone was back in their home.

“If your home was destroyed, it will be rebuilt,” she said.

Howard Beach-Lindenwood Civic President Joann Ariola said that while people have every right to be frustrated with Build It Back, she praised Peterson and her team’s efforts to right the city’s previous wrongs.

“She’s coming out here because she cares,” Ariola said of Peterson.