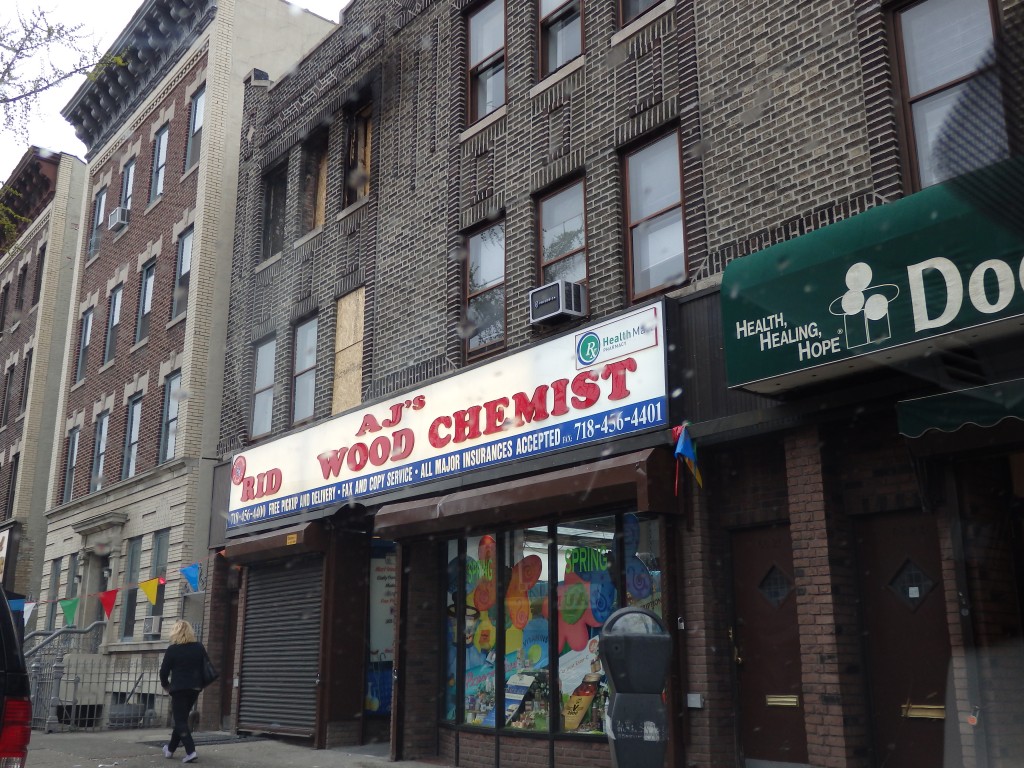 Police Officers Edwin Diaz and Christopher Sarinaccio helped to pull a woman and her 11-year-old daughter from a fire that devastated an apartment in this building on Fresh Pond Road in Ridgewood.
Photo by Phil Corso

It took more than 60 firefighters to tame the flames at a Fresh Pond Road apartment, but their efforts paid off with no injuries reported, the FDNY said.

Police officers working the Ridgewood beat first spotted the flames around 11:30 a.m. last Thursday morning as smoke poured out of the front window of an apartment above the pharmacy on Fresh Pond Road near 68th Avenue, authorities said. The FDNY sent a total of 12 unites and 65 firefighters to fight the third-story blaze for about a half an hour.

There were no injuries, the FDNY said, thanks to the bravest who battled the blaze.

Police officers Edwin Diaz and Christopher Sarinaccio were the first to discover the flames and helped save a 45-year-old woman and her 11-year-old daughter from the burning building, the NYPD said. They also saved a boxer they heard scratching on a door as they made their way out of the building, police said.

The initial call for the fire came in at 11:32 a.m. and the fire was ruled under control as of 12:06 p.m., the FDNY said. As of press time, the apartment was left vacant with wooden boards in all of its burned windows facing Fresh Pond Road.