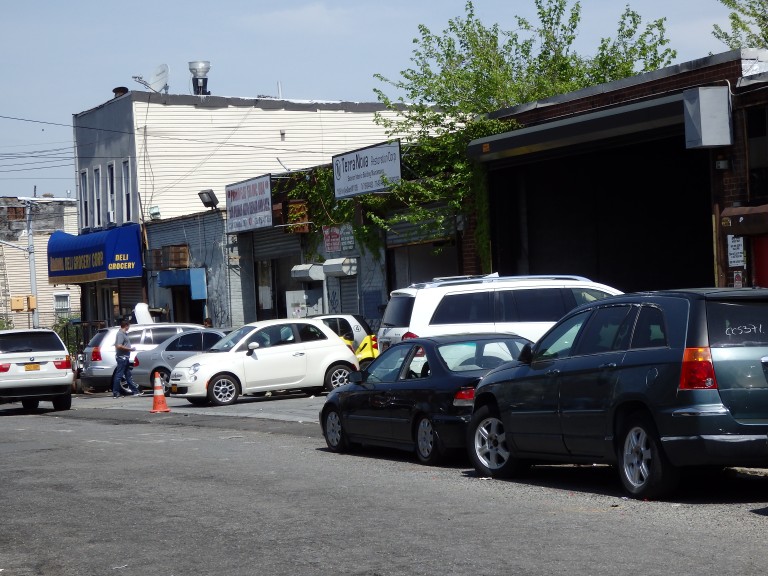 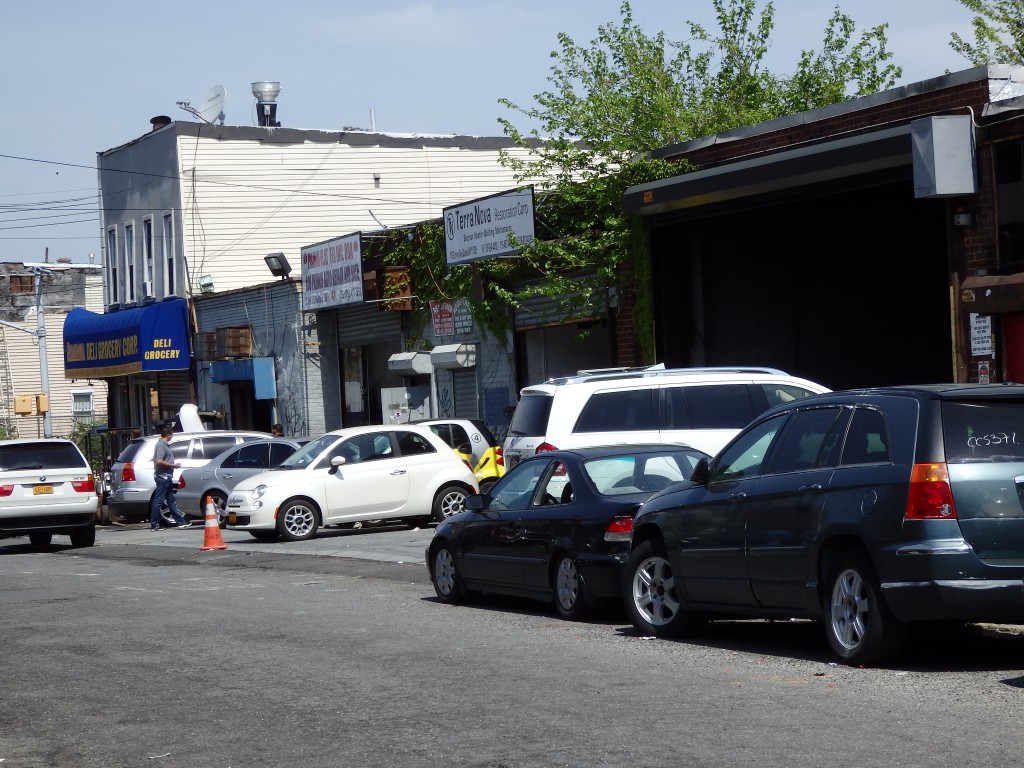 The federal government has listed the former home of the Wolff-Alport Chemical Company in Ridgewood as a Superfund site in order to clean up radiation in the area. Photo by Phil Corso

The U.S. Environmental Protection Agency ruled the 0.75-acre footprint of the now-defunct Wolff-Alport Chemical Company from 11-27 through 11-29 Irving Ave. as part of the federal Superfund list of hazardous waste sites with contaminated soil and sewers. It was the 87th in the state and third site throughout the city to make the list, joining the Gowanus Canal site in Brooklyn and the Newtown Creek site on the Brooklyn-Queens border.

Though the chemical company closed up shop decades ago, a slew of small businesses have sprouted up in its place over the years. Judith Enck, regional administrator for the EPA, said that while tests showed there were no immediate health threats to those near Irving or nearby Cooper avenues, the agency would now begin working to clean up the property and tapping those responsible for the work to foot the bill.

“By placing the Wolff-Alport Chemical Company site on the Superfund list, the EPA can address the contamination to protect people’s health in the long-term,” Enck said.

Wolff-Alport used to process imported radioactive monazite sand and extracted rare earth metals between 1920 and 1954, and the effects of such materials went on to affect neighboring properties as well, the agency said. At the time, it was disposing of its hazardous thorium waste in its own sewers before the U.S. Atomic Energy Commission ordered the company to stop in 1947, the EPA said.

Since then, some of the small businesses in that area included an auto body shop, a deli and an ice-making facility. The property has since become home to rows of parked cars waiting to be salvaged and other hands-on blue-collar workers bustling with business throughout the day.

A worker who wished to remain nameless manned the cash register inside the Jarabacoa Deli on Irving Avenue and said the news did not worry him.

Others, however, have not been as optimistic about the news. In a previous interview with The Forum, Victor Gonzalez, who has for years made deliveries to Los Primos Auto Repair, a business located on the superfund site, was angry, but not surprised, to discover the site was contaminated.

“They should’ve done something much earlier about this,” Gonzalez said. “What about the health of all the people who have worked here? What about my health? I was treated for prostate cancer for two years – did I get that because of this? I’m very concerned.”

Enck said the agency took its first samples at the Ridgewood site in August 2012 and found radioactive gas was coming from a hole in an unoccupied storage area at PS/IS 384 nearby. That hole was sealed with concrete and the EPA ruled levels were below hazardous levels in subsequent tests, the group said.

There was also a daycare facility nearby, but the EPA ruled it was not affected by the contamination and was not in danger.

Enck said the EPA would be seeking out those legally responsible for the contamination and holding them accountable rather than forcing taxpayers to pay the price for clean ups. The agency has already spent close to $2 million on the Ridgewood site to date.

The EPA zeroed in on the site in December 2013 to address any potential health risks there, Enck said. The group was conducting radiological surveys throughout the entire state, searching for any kinds of hazardous waste material beneath public sidewalks, streets and in sewers and placing shielding material beneath building floors and sidewalks to reduce potential exposure. The agency also installed a fence around one vacant piece of land adjacent to the property to keep people from trespassing onto the radiation-contaminated area.