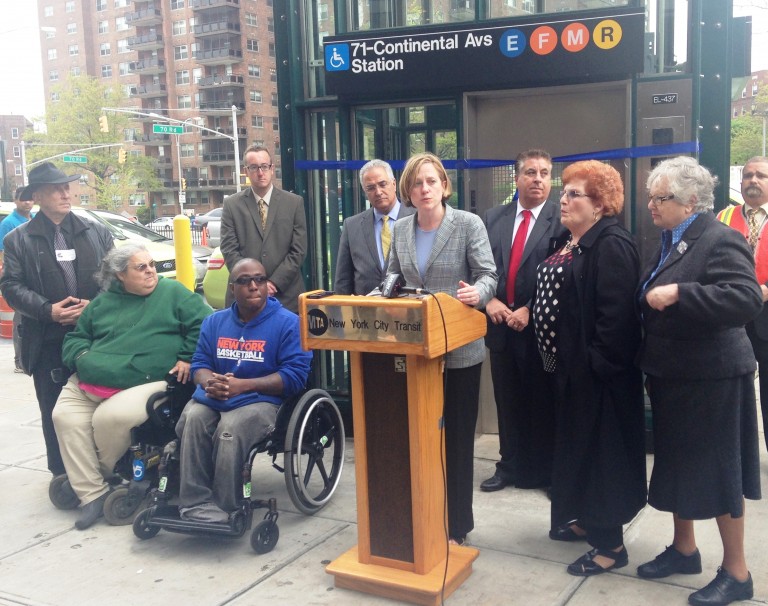 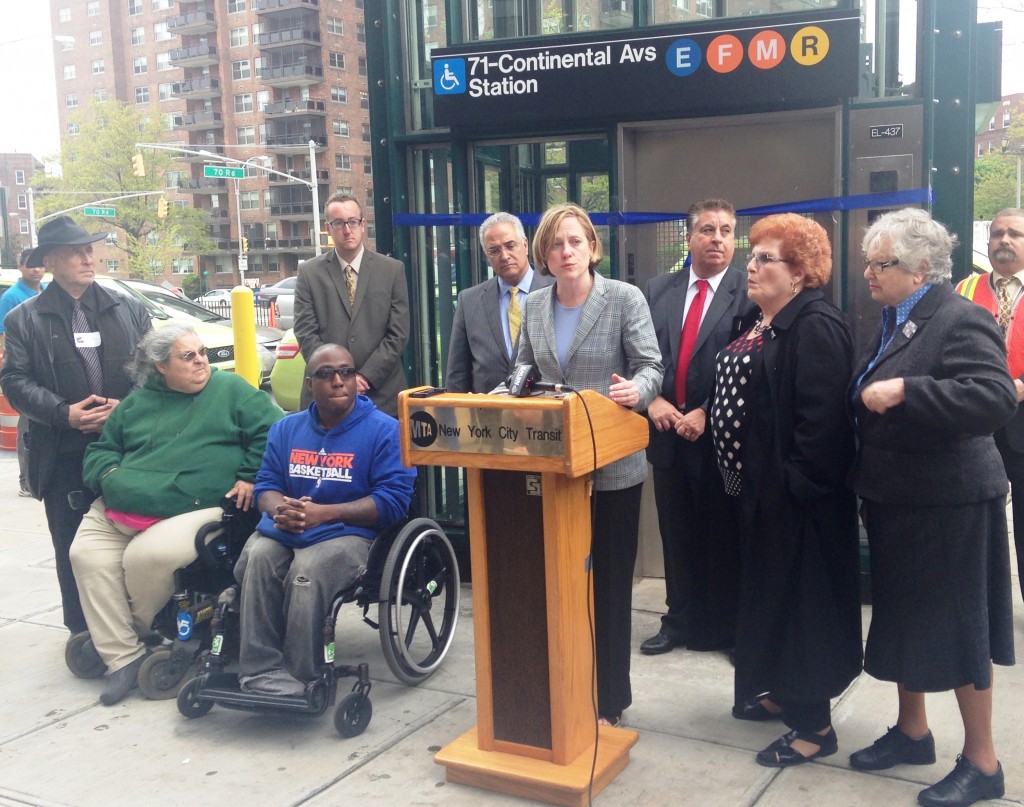 One of the borough’s busiest subway stops in Forest Hills celebrated brand new elevators this week after years of construction and a nearly $25 million investment.

“Today’s ribbon-cutting marks our continuing commitment to make the system accessible to customers with limited mobility,” Bianco said. “This station was a priority for us given its high ridership and key transfer point for customers along the Queens Boulevard Line.”

The new elevators provide straphangers with access to both the northbound and southbound platforms, equipped with warning strips and signage to comply with all ADA requirements, the MTA said. One will provide access from the street to the mezzanine at the intersection of Queen Boulevard’s south service road and 70th road while the other two connect the station’s mezzanine to the northbound and southbound platforms.

Queens Borough President Melinda Katz helped cut the ceremonial ribbon on Friday, marking the end of the $24.7 million project that started more than two years ago. The project was initially slated for a January 2014 completion date, but Hurricane Sandy put a damper on the original plans, the agency said.

“With this opening, Queens is closer to the goal of having all subway stations in the borough fully accessible to the disabled,” Katz said.

It was the 12th total ADA-ready project to reach its completion throughout Queens and the 81st overall in the entire city transit system, Bianco said. Before it was finally finished, the nearest subway stops with elevator access were at Union Turnpike in Kew Gardens or at Roosevelt Avenue in Jackson Heights.

City Councilwoman Karen Koslowitz (D-Forest Hills) said the project was long overdue and a welcome sight, as opposed to the construction dirt, dust and detours over the past several years. She joined Katz in saying she hoped all of the city’s subway systems would comply with the ADA.

subway elevator has finally arrived,” Koslowitz said. “No longer will people with physical infirmities, young children and large packages be forced to use the stairs or another subway station.”

A similar project was recently launched at the Ozone Park-Lefferts Boulevard station on the A line with a completion date slated for 2016.

The New York City Transit system was also in the process of upgrading subway stations along the Queens Boulevard line, including Union Turnpike, 71st Avenue and Roosevelt Avenue-Jackson Heights interlockings, the agency said. The work totaled roughly $310.7 million as a “necessary” step for the planned implementation of the coming Communications Based Train Control along the line, the MTA said in a statement.