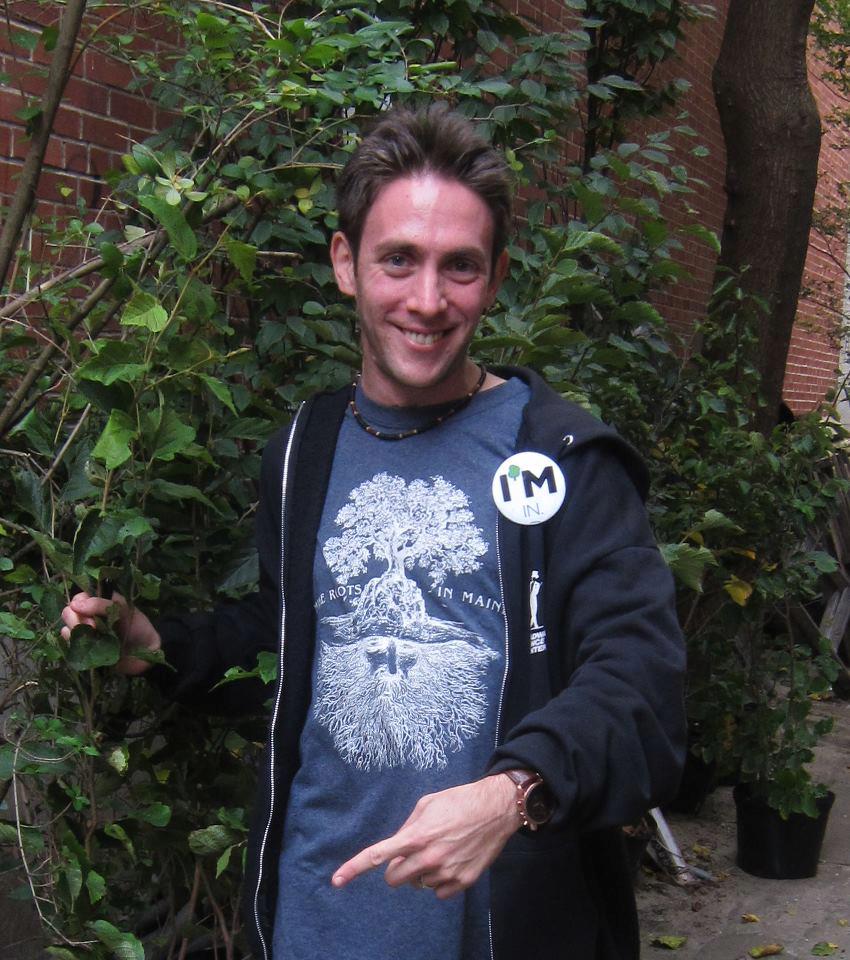 Michael Perlman, of the Rego-Forest Preservation Council, will help to give away free trees this weekend in Forest Hills. Photo courtesy Michael Perlman

The bi-annual Forest Hills tree giveaway is scheduled for Sunday, May 18 from 1 p.m. to 3 p.m. in MacDonald Park on Queens Boulevard near 70th Avenue, where residents will receive new trees for their home or building free of charge. The event was organized through the New York Restoration Project, the Four Borough Neighborhood Preservation Alliance and MillionTreesNYC along with several sponsors.

Michael Perlman, coordinator of the event and a member of the Rego-Forest Preservation Council, has been the man behind the scenes over the past five giveaway events, doling out about 1,045 trees. He said the event always made for a time that left him both motivated and inspired, adding that watching a tree grow offered him serenity and a reinvigorated soul.

“One of my reasons for coordinating this event is to send a message that it is commendable to reforest what succumbed due to natural disasters, as well as increase our tree canopy over the five boroughs,” he said.  “But it’s not acceptable to intentionally chop down healthy trees. Trees belong to nature and deserve to live too.”

Perlman said extreme weather patterns over recent years have left parts of the borough, including Forest Hills, in desperate need of some fresh roots. Names like Irene and Sandy have become notorious throughout the area since hurricanes made them famous, and parts of the borough are still reeling from their effects, the organizer said.

“Nearly ever block in Forest Hills and Rego Park lost at least a tree as a result of these extreme weather occurrences,” Perlman said. “In the seasons that followed, some trees did not fully bloom and are now prematurely dying.”

Part of that remedy, he said, came through the bi-annual tree giveaway with one in May and another in October. Trees on the menu included five separate species: Tulip trees, American Sweetgum, River Birch, Eastern Redbud and Black Walnut. Each adopter will also be granted a special photo with their tree as well as nature-inspired artwork designed by Oliloli Studio and the Queens Paideia School at this year’s giveaway.

teamed up with the Four Borough Neighborhood Preservation Alliance in 2011 to advocate for environmental preservation. The groups have not looked back since, and Perlman said he was proud of the progress they have made over the years.

And aside from the obvious benefits like enhancing property values and offering a soothing, serene setting, Perlman said there were some more intangible benefits to taking advantage of the free giveaway program.

“The best moments in life are priceless, so any resident of the five boroughs who has a home should consider adopting a tree, in addition to any resident of apartment buildings, with permission of their super or property manager of course,” Perlman said. “People who adopt and plant trees have a good heart, respect their neighborhood and environment, and also value a community-spirited cause.”