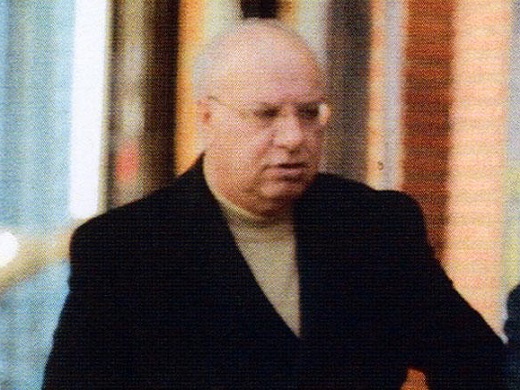 Bartolomeo Vernace was sentenced to life in prison after being found guilty on a long list of charges, including the murders of two Woodhaven bar owners. Courtesy Wikimedia

In the early hours of April 11, 1981, a Western-themed evening was underway at the Shamrock Bar on Jamaica Avenue in Woodhaven: People, clad in cowboy boots and plaid shirts, were spending the spring evening drinking and dancing in the now defunct watering hole.

At about 2:30 a.m., a man and a woman were seated at the bar. A third individual, a young man, proceeded to accidentally spill his drink on the dress of the woman at the bar – an “ill-timed act” that “induces a heated response from the first man,” an individual now known to be Frank Riccardi – the son of a member of the Gambino family, a court affidavit said.

Riccardi, who was at the bar celebrating his birthday, reportedly flew into a rage, after which one of the co-owners of the saloon, John D’Agnese, threw him out. As Riccardi stormed out of the bar, he yelled, “I will be back,” according to the court affidavit.

And, true to his word, the mobster’s son returned about 20 minutes later with two other men. 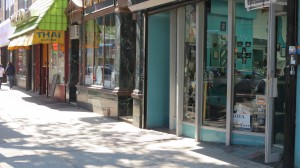 The Shamrock Bar, which had been located at 86-09 Jamaica Ave. in Woodhaven, has been replaced by a hair salon. Photo by Anna Gustafson

“Violence has arrived, and death will soon follow,” the court affidavit said in reference to the murders of D’Agnese and the other owner of the Shamrock, Richard Godkin, a Vietnam veteran and married father of four.

Now, 33 years after the crimes, family members said they have only just gotten justice, as a high-profile Gambino mobster, Bartolomeo Vernace, 65, was sentenced last week to life in prison for the murders of the two men.

“Mr. Vernace killed our father, and we have missed him every day since that night when we kissed him goodbye,” Christine Orsini, Godkin’s daughter, told the court just before the Brooklyn Federal Court judge issued the sentence on May 27.

The sentencing follows three decades of failed attempts, in part because a terrified key witness lied to police, to catch Vernace – a Sicily-born gangster who rose to the rank of captain in the Gambino family. In addition to the murders, he was also found guilty  of heroin trafficking, robbery, loansharking, and illegal gambling.

“For more than four decades, the defendant dedicated his life to committing crimes for the mafia,” said U.S. Attorney for the Eastern District of New York Loretta Lynch. “He rose through the ranks to become a powerful Gambino family leader by making money from crime and committing brutal acts of violence, including the 1981 murders of two innocent bar owners over a spilled drink. Though they were taken from their families long ago, Richard Godkin and John D’Agnese – two businessmen who also ran the local Boys Club – have not been forgotten.

“We hope the victims’ families are able to take some measure of comfort from the fact that, with this life sentence, one of the killers have now been brought to justice,” Lynch continued.

“Today’s life sentence ensures the rest of Bobby Glasses’ life will only be seen inside of a federal facility,” Venizelos continued.

Vernace, who launched his long career in the mafia in the early 1970s and ended up serving on the three-member ruling panel overseeing the Gambino family, was arrested on Jan. 20, 2011 as part of the FBI’s national sweep of almost 100 members and associates of organized crime.

Following the murders of the bar owners, Vernace went into hiding and did not re-emerge until years later when, having successfully avoided state charges for the homicides, returned to Queens and to an active role in the Gambino family, according to federal officials.

Over the next two decades, federal officials said his power within the mafia grew as he operated a “large and profitable crew” from a cafe on Cooper Avenue in Glendale.

In 1998, Vernace was charged in Queens County Supreme Court with the murders of Godkin and D’Agnese but was acquitted after trial in 2002. During testimony in the federal trial in 2013, an eyewitness to the murders, Shamrock bartender Joseph Patrick Sullivan, testified that he had lied during the state trial about Vernace’s role in the murders out of fear of retribution. According to a press release from the FBI, the eyewitness testified in the federal case that he recognized all three assailants but that he had been afraid to testify against them because, in his words, “two men were dead over a spilled drink. I think that was reason enough to be afraid.”

While the hole left by their father’s murder will never fully close, the Godkin family has said they feel a sense of relief following the life sentence.

And, as for what it would have meant to Richard Godkin?

“He’d probably have them all over to the bar for a drink,” his son, Brian Godkin, said in a television interview.