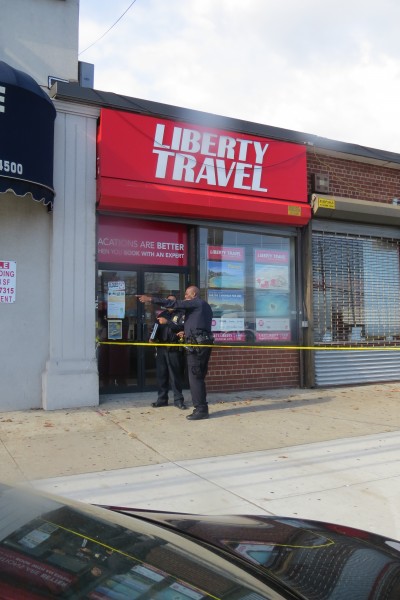 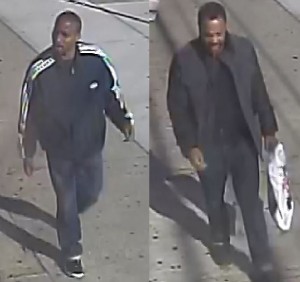 Police released these photos of the suspects from video surveillance. Photo courtesy NYPD

Police are on the lookout for two suspects in connection with a robbery at Liberty Travel on Cross Bay Boulevard in Howard Beach, which occurred just before 10 am last Friday, Nov. 7.

The two men, both carrying firearms, burst into the agency and announced a holdup.  They ordered six employees to the back of the store, zip-tied them, located the safe, and stole an undetermined amount of cash.  They also took the employees’ own money and cell phones.

Police have released surveillance photos of the suspects, described as black and in their 20s.  One was slim and wearing a grey hoodie.

Cops have also been searching for two gunmen involved in a similar incident that occurred in Brooklyn on Thursday afternoon, though the two events may not be related.

Anyone with information is asked to call the NYPD Crime Stoppers at 800-577-TIPS, go to the Crime Stoppers website, or text tips to 274637 (CRIMES) and enter TIP577.