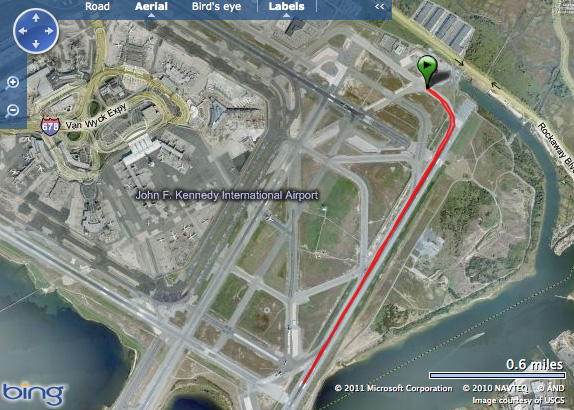 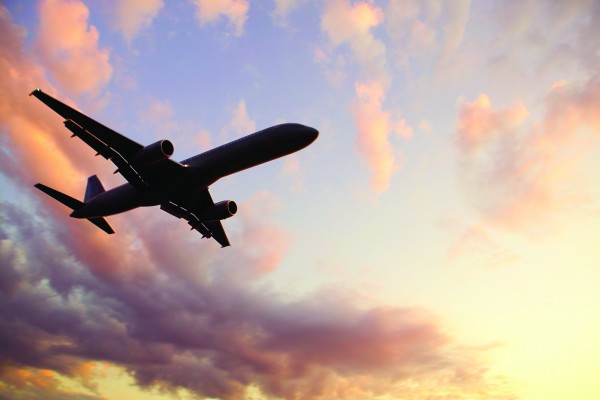 Residents on the perimeters of JFK have long suffered the booming blasts of overhead jets, flying too low, often dumping fuel onto private property just before landing. File Photo

More residents living near Kennedy and LaGuardia airports could be eligible for federal grants to pay for insulating houses from aircraft noise, if the Federal Aviation Administration adopts new standards.

Recent changes to FAA flight procedures require that aircrafts fly lower along more precise paths. Therefore, while actual noise generated by aircrafts has decreased, and the number of people subject to noise has decreased somewhat, lower altitudes and “focused” noise tends to make the situation much worse for those under the newer flight paths.

A proposal before Congress would lower the acceptable DNL value level from 65db(a)  to 55db(a). DNL (Day-Night average sound Level) statistics factor in data collected during a 24-hour period, with nighttime hours being weighted and additional 10 dB in consideration of a sensitivity to noise during the nightime hours.  This data is then generally averaged over a year-long period.

“You could have 100 decibels in a day — it’s like having a 12-foot snowstorm in one day – and it does a ton of damage, but the average for the year is nothing,” said Len Schaier of quietskies.net, an organization “working to keep all aircraft noise at reasonable levels.”

In response to growing concerns, Governor Cuomo last year directed the Port Authority of New York and New Jersey to conduct what is commonly known as a Part 150 study, in order to define what steps might be taken in order to mitigate the problem.  Created by the FAA in 1984, a Part 150 airport noise compatibility study is a set of regulations with two components:  noise contour (exposure) maps demonstrating noise levels at airports and in nearby communities; and a noise compatibility program designed to provide solutions to the problem.

An aerial view of JFK shows the extensive number of communities impacted by the plane noise. File Photo

The Port Authority announced late last month that the contract for the Part 150 study on Kennedy and LaGuardia airports was awarded to consulting firm Environmental Science Associates.  The project, expected to cost approximately $8 million combined for both Kennedy and LaGuardia airports, is to be funded mostly through flight fees and will run from October 2014 to August 2017.

In addition, the Port Authority has already implemented a “webtrak” portion of its website to allow residents to track flight patterns and monitor decibel levels in their communities, increased staffing to handle noise complaints, and committed to doubling the number of sound monitors around the two airports.

Schaier’s focus is to make sure the contracted study is done properly.  He explained that normally, actual environmental data collected from sound monitors isn’t used because of outside elements (like sound from things other than planes) that can impact data accuracy.   His organization has been calling for additional monitors, which should ostensibly be used to see if computer models are presenting consistent data. Schaier also hopes to bring attention to statistics that factor health, as opposed to annoyance, as a consideration in changing FAA standards.

While hearing loss and sleep deprivation are potential side effects of living in proximity to an airport, perhaps more significantly, a study in the British Medical Journal found a correlation between increased cardiovascular disease and exposure to air traffic noise pollution; specifically, there is increased hospital admittance and deaths from cardiovascular illnesses among communities near airports.

Since 1982, the FAA has funded soundproofing of public and private buildings to the tune of nearly $6 billion.  In order to qualify under the current criteria, a home must have a DNL of 45 or higher inside the building and be located within a 65-or-above DNL zone.  The Port Authority maintains a noise complaint hotline and an online site to submit complaints specific to plane noise. In fact, it is the Port Authority that must apply to the FAA for federal funding on behalf of the homeowner experiencing noise pollution.

While insulation is one component of soundproofing a home, other mitigation projects, such as implementation of new heating, ventilation, and air conditioning systems; or the installation of acoustical windows and doors, can also be funded. In Minnesota, where residents received federal grants in 2007, full soundproofing cost about $45,000 per home.  Last year, some 600 New York residents living near Buffalo-Niagara International Airport received over $5 million.

“It’s about time we get compensated for all the sleepless nights,” said Tom Pawlowski, a retired sanitation worker in South Ozone Park. Pawlowski, who recently upgraded all his doors and windows, plans to look into applying to the Port Authority to make additional soundproofing improvements.