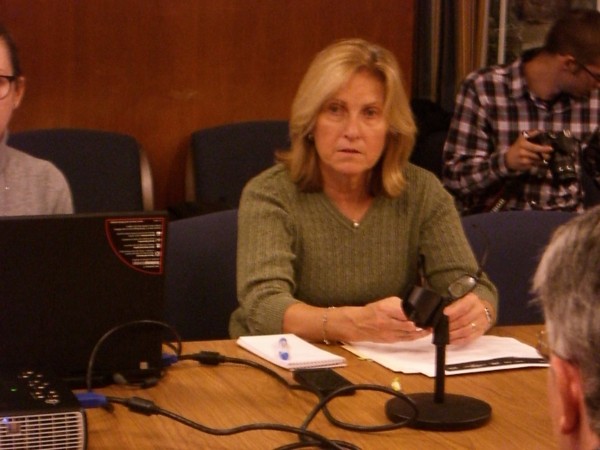 Last month, Mayor Bill de Blasio unveiled the ambitious Community Parks Initiative, a multi-faceted program to invest $130 million in under-resourced public parks located in the city’s densely populated and growing neighborhoods with higher-than-average concentrations of poverty. And this week, the city Parks Department reiterated the project’s objective and indicated that it is running on schedule.

In a presentation Monday evening to the Queens Borough Board at Borough Hall, Queens Parks Commissioner Dottie Lewandowski and Jennifer Gardner, senior project planner for Parks, detailed the CPI process and which borough communities will be affected.

Parks is currently holding public-scope meetings for CPI capital projects, with the last coming in January, 2015. Lewandowski said that community input will have an impact on all CPI projects.

“I am saying it firm: Parks will be involving the community boards in this process,” she noted.

“We’re really adamant about stressing community partnership development,” Gardner said, adding that many projects will involve several city agencies, including the Department of Environmental Protection, Department of Education, the Housing Authority and the Administration for Children’s Services.

Overall, the initiative targets 55 neighborhoods in the five boroughs; capital projects will rebuild 35 community parks; $130 million in capital dollars will be targeted to densely populated, growing, and lower-income communities, and leverages almost $20 million in funds from local elected officials and grants; capital projects will be supported by community outreach coordinator; more than 70 new seasonal recreational programming and maintenance staff will activate and improve parks in all Community Parks Initiative communities; Parks will create immediate results with targeted physical improvement projects at 55 parks; and partnering with the DEP, Parks will introduce more resilient park design to Community Parks Initiative communities.

Gardner said that the administration is also stressing that care and control of the CPI green spaces is as much in the hands of the community members as it is the agency.

“We’re hoping that the qualitative results will lead to that longer-term stewardship,” she posited.