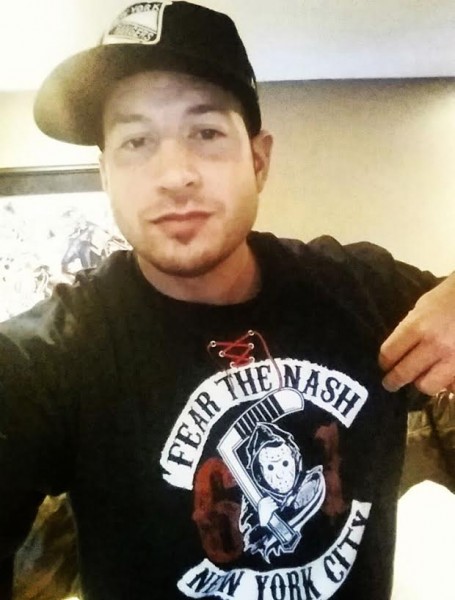 For Jared Overeem, it all started in the 4th grade.

The Howard Beach native’s music teacher at PS 207 asked if any students wanted to organize a talent show.

“So me and some of my friends started running the talents shows,” said Overeem, 31, from his home office on 160th Avenue.

Fast-forward to the cusp of 2015, and Overeem is still responsible for the entertainment—producing shows and managing talent, although on stages and in venues a bit larger than his 88th Street elementary school. He runs Overdrive Productions, Overeem’s record label, management agency and production company; and entertainment-direct.com, a video catalog of music and events.

While he mainly represents musical acts, Overeem has branched out recently, adding actor Vincent Pastore to his roster and engineering endorsement deals for athletes such as New York Rangers Dan Boyle and Cam Talbot.

“I just started getting into that side,” Overeem admitted, “but it’s definitely not something I’ll turn down.”

Overeem also acknowledges that being in the entertainment industry wasn’t always his goal as a career. In his teens he dreamed of flashing a gold shield as a detective in the NYPD, taking the exams as early as possible. “I always wanted to help people, and I’m kind of an intense person,” he reasoned.

But an accident and an injury changed his life forever.

Overeem broke his ankle walking through a dark parking lot. He was in the Police Academy at the time, but doctor’s orders kept him on his couch and his bed—and away from training.

“When I was off my feet, [management and promotions] is what I got into,” Overeem recalled.

He eventually put the Police Department in the rearview mirror and hit his new passion full throttle, becoming road manager for area product DJ Skribble, and establishing Overdrive as an official business in 2006.

“You might as well take a shot at doing something you want to do,” noted Overeem as he reprimanded his mischievous dog, Dyson. “I wanted to be in the entertainment world, but I didn’t want to be in the spotlight.”

One of the myriad places to which Overeem has brought that spotlight is Resorts World Casino in South Ozone Park, where he has been responsible for entertainment for the past two years.

“[Resorts World] hit me up, they saw the stuff I was doing at other casinos across the United States,” he said. “So anything entertainment [at Resorts World], I make it happen.”

Earlier this month, Overeem brought rap stars Fat Joe and Ja Rule to the RW stage, along with his client, world-renowned DJ Spinbad.

“It was a really good turnout,” Overeem reported. “They still got it; they still put on a great show.”

The boy who used to count 207 Park and the old Waterview Diner as favorite haunts now lives on 160th Avenue, in his grandfather’s old house, where Overeem was raised. He recently bought it.

“I firmly believe that if you go hard at something you want to do, you’re going to get it done,” Overeem said. “I don’t think anything is farfetched. I make a nice living doing what I want to do. It’s definitely work, but overall I enjoy what I’m doing.”