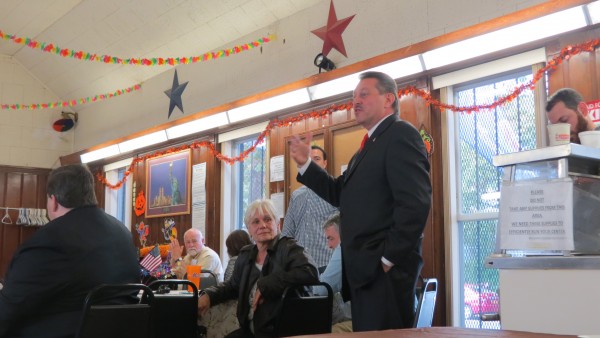 In reporting to constituents in the 15th District on legislative developments in Albany, state Sen. Joe Addabbo, Jr. (D-Howard Beach) this week detailed votes on bills regarding the siting of homeless shelters and other social-service facilities; mandating that lottery funds be used only to support education; and cracking down on criminals on public transportation who sexually assault fellow commuters.

Addabbo applauded the recent Senate approval of legislation he co-sponsored that would require a more transparent and inclusive process—with greater public notification—when homeless shelters or
other social services facilities are being located in communities throughout the city.

Under the legislation, social service providers, including those operating supportive housing for the homeless, would be required to notify community boards and the City Planning Commission within 45 to 90 days of selecting a location for a facility. The CPC would then be required to hold public hearings to gather local input on the proposed facilities, and this agency would also have the final authority, within 60 to 90 days following the hearings, to approve, deny, or modify the community-based programs. Community boards may also request that hearings be held within the same time frame if a provider is planning to renew its lease permitting local input in instances where questions have been raised about the operations of the facility.

Additionally, Addabbo indicated that he joined with his Senate colleagues passing legislation that would make it absolutely clear that funds raised through the state Lottery can only be used to support education and not be diverted to other purposes.

“The New York State Lottery provides billions of dollars for school aid every year for New York’s 700 school districts, and has contributed more than $51.6 billion to our educational system since it was launched 48 years ago,” said Addabbo, a member of the Senate Education Committee. “However, many of my constituents are still concerned that lottery dollars may wrongly be diverted to other purposes other than education. This legislation makes it absolutely clear that these dollars can only be used to benefit our students and our schools and that they cannot be comingled with other state funds.”

Addabbo also voted to approve legislation that would raise penalties for criminals on public transportation who grope and grind against other passengers in a sexual manner.

“This bill we passed in the Senate would raise this type of reprehensible behavior to a class D felony, which—depending on prior criminal record—could carry a punishment ranging from probation to a maximum of seven years in prison,” Addabbo said. “People who are riding subways, buses or other
forms of crowded public transportation should be able to take mass transit to go to work or otherwise go about their daily lives without suffering unwanted sexual contact from strangers. Hopefully, these significantly higher penalties will both serve as a deterrent to this behavior and a promise that gropers and grinders will be taken off the streets and off of our public transit.”

Under the proposal, these acts would now be classified as sexual abuse in the first degree.