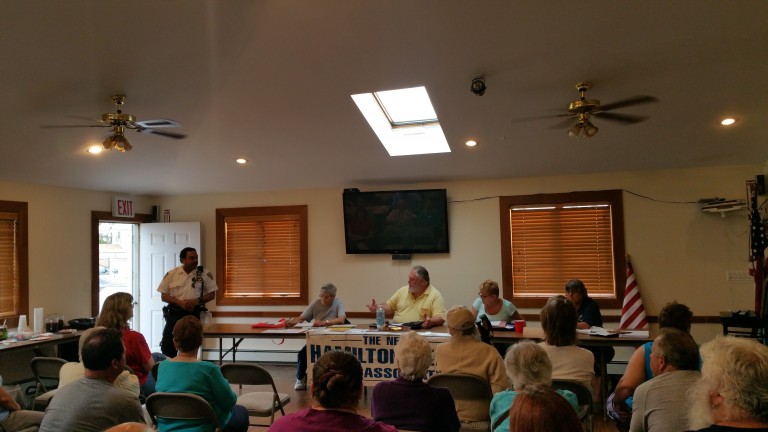 It’s that time of year.

Brass from both area precincts have been including stern warnings about possessing and/or using illegal fireworks in their monthly public safety briefings at various civic and community board meetings.

“They’re a major problem here,” said Lt. Frank DiPreta, Special Operations coordinator for the 106th Precinct. “Our response is zero tolerance. We will confiscate [fireworks], issue summonses…it can escalate to an arrest.”

DiPreta noted that every spring there is a sharp increase in 311 and 911 calls involving fireworks.

Deputy Inspector Jeff Schiff, commanding officer of the 106, called this period “fireworks season” and touted a reward that the Police Department offers for information leading to the arrest and conviction of persons possessing or distributing pyrotechnic displays.

“We’re not talking about sparklers here,” Schiff said. “Let us know who is supplying the fireworks.”

During last Thursday’s meeting of the New Hamilton Beach Civic Association, Schiff also indicated that command leadership will be sending resources to “chronic locations” in which fireworks are being used or distributed.