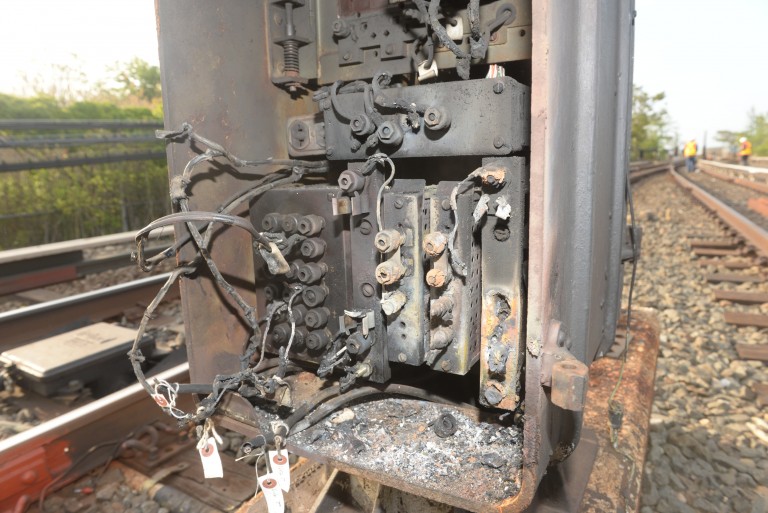 It has been a little over a week since a bold band of bandits stole a massive amount of copper power cable from A-line subway tracks near Howard Beach, victimizing hundreds of thousands of Metropolitan Transportation Authority New York City Transit commuters and snarling vehicular traffic for miles in south Queens.

Yet nearly eight days later, cops, subway customers, concerned residents, business owners, and elected officials have more questions than answers about the heist that saw more than 500 feet of copper cable from about 12 locations along the line disappear.

While Deputy Inspector Jeff Schiff, commanding officer of the 106th Precinct, has indicated that investigators, which include the Queens Central Robbery Task Force, “have some leads,” the investigation continues.

“This definitely was not a one-man job,” he said.

Schiff has also mentioned Keith Kolm as a possible target of the case. Kolm, 25, a notorious Hamilton Beach burglar who cops believe is allegedly responsible for more than a couple Cross Bay Boulevard capers, is currently out on bail.

“We don’t know for sure,” Schiff said, “but let’s just say I don’t believe in coincidences.”

According to the MTA, the theft was discovered around 11:20 p.m. last Tuesday night when a northbound A train lost power north of the Howard Beach station. Crews brought in another train behind it, and the estimated 150 customers on board were able to walk through the trains to get back to the Howard Beach station a little after midnight.

The power cable, which according to Schiff can fetch up to $5 per linear foot on the street, was presumably stolen to be sold as scrap.

The loss of the cables forced the MTA to suspend service between Rockaway Boulevard and Broad Channel stations and replace it with shuttle buses during the morning rush.

“It was eye-opening, because it didn’t take much to affect thousands of people’s lives,” said state Sen. Joe Addabbo, Jr. (D-Howard Beach). “With little effort, many peoples’ quality of life was impacted.”

Assemblyman Phil Goldfeder (D-Howard Beach) ripped the MTA for “not having safeguards” in place for such a situation.

“It’s unacceptable,” he fumed. “It just shows that we’re vulnerable. It affected everybody. [MTA] has promised a full investigation—somebody’s got to be held accountable.”

U.S. Sen. Charles Schumer (D-N.Y.) this week pushed legislation that would crackdown on the rash of scrap metal theft throughout the state.

Due to the high price of iron, copper, and other metal, the city has seen a significant number of scrap metal burglaries and larcenies in the area, Schumer said, including multiple cases involving MTA rail lines within the past few years. The problem has become so severe that a Federal Bureau of Investigation report called metal theft “a threat to public safety and to U.S. critical infrastructure.”

Schumer’s proposal would require documentation that those selling metal to recyclers own the metal or are authorized to sell it; require recyclers to keep detailed records for purchases of metal; cap the amount at $100 in cash that recyclers can pay for scrap metal; and create a specific federal crime of stealing metal from critical infrastructure, and more.

“It is time to put thieves who steal scrap metal from critical mass transit infrastructure, as well as homes and businesses, behind ironclad bars,” Schumer said. “Every ounce of copper or metal stolen from New York’s critical infrastructure could cause the next big commuter delay, a subway line suspension or even a disaster. That’s why this plan must be enacted—because it takes the cold-hard-cash incentive out of the metal theft equation and would deter metal thieves before they steal.”

City Councilman Eric Ulrich (R-Ozone Park) said he’s most concerned about what the MTA and other agencies are doing to prevent something like this from happening again.

“We deserve answers,” he said last Thursday. “We better get the answers or else we’re going to start embarrassing a lot of people.”