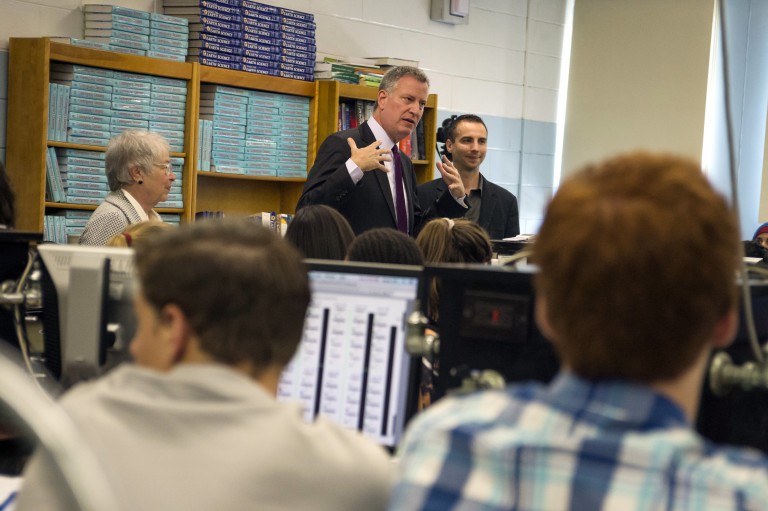 Mayor Bill de Blasio this week announced that in the first round of offers, 69,393 applicants have received a tender for free, full-day pre-K.

According to the administration, because of “strong planning” to match available seats with family demand, 70 percent of families will be awarded their top-choice program, and 82 percent of families will get one of their top 3 choices. Every family that applied will receive an offer, and there will be thousands of new seats available for the next round of admissions later this month, de Blasio said.

For the first time, the Department of Education launched a streamlined enrollment process this year that allowed families to apply for pre-K in both district schools and NYC Early Education Centers through a single application. Families were able to review all options available to them and rank up to 12 choices on their applications.

“This is a proud moment for us all, and it’s an exciting one for tens of thousands of parents whose children are about to start out on the right path in life,” de Blasio said. “Pre-K for All is the centerpiece of our agenda to confront inequality in our city, and come September, every family seeking a seat for their child will have one for the very first time.”

Families can apply online at nyc.gov/prek; by calling 311; or at one of the DOE’s 12 Family Welcome Centers. The application will be translated into nine languages, and additional translation services are available over the phone in more than 200 languages.