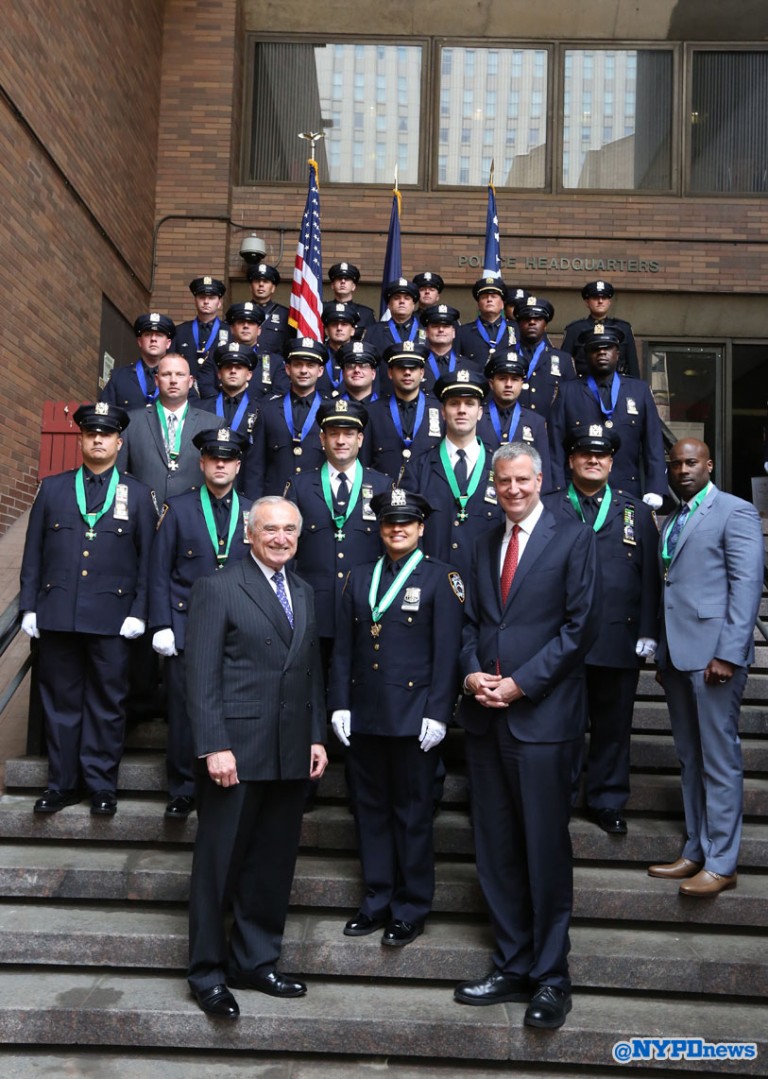 Despite a chorus of calls for more police officers across the city, spurred by a recent spike in shootings and homicides, Mayor Bill de Blasio has stood firm in his opposition, saying that current manpower levels are adequate to get the job done.

Stressing an overall drop in crime citywide, and emphasizing a “change in strategies and tactics,” de Blasio said “We’re satisfied that things are working,” during an appearance last week of The Brian Lehrer Show on WNYC. “There is a lot of energetic policing going on right now.”

De Blasio attributed much of the recent headline-grabbing shootings to “gangs and gang-related activity that is localized to certain precincts in the city.”

However, Police Department statistics show that murders have spiked by 19.5 percent this year with 135 murders, compared to 110 during the same time last year.

While the mayor reiterated how overall crime is down 7 percent compared to last year, de Blasio admitted that “some specific areas need more focus.”

One caller to the Lehrer Show, Danny in Rockaway Park, put de Blasio on the spot, saying that the “city really needs an additional 1,000 more cops on the street in addition to more gun buy-back programs as the budget negotiations are ramping up.”

An additional 1,000 cops is the number the City Council and other elected officials have been seeking.

In response to the caller, de Blasio said, “We have 34,500 cops doing a great job.” The mayor noted that the force level is adequate because cops are doing more with less thanks to better technology, such as the ShotSpotter program.

De Blasio added that boosting force levels “are not necessary,” but what is needed is a shift to key areas/precincts that have been problems.

For example, the department’s Summer All-Out initiative, unveiled last week and launching a month ahead of schedule, will flood high-crime neighborhoods with 330 more officers, who will leave their current administrative duties to patrol 10 precincts where city officials say shootings and violent crime has spiked.

While de Blasio insists that such programs will negate the need for more cops on the streets, many councilmembers and even police officials aren’t so sure.

“Getting these additional officers on the streets is critical to keeping our city safe” said Councilman Eric Ulrich (R-Ozone Park).

Ulrich has called this a “line-in-the-sand issue,” for himself and many of his colleagues in the Council.

“Increasing NYPD headcount is an essential measure that will strengthen our police force…the City Council will continue to lead the fight to secure additional officers,” said Council Speaker Melissa Mark-Viverito.

Patrolmen’s Benevolent Association President Patrick Lynch said “…We need thousands of more police officers and they need to have the backing and support of management and the city to do the difficult and dangerous job of getting guns off the streets and reducing crime.”

Police Commissioner Bill Bratton has added his voice to the chorus on the hiring of more officers while the mayor has consistently said that the money is needed by other agencies.

“Can we get the job done right with the resources we have?” de Blasio asked. “This force is doing the job and doing it well. That’s a good reason to stick with what we’re doing.”