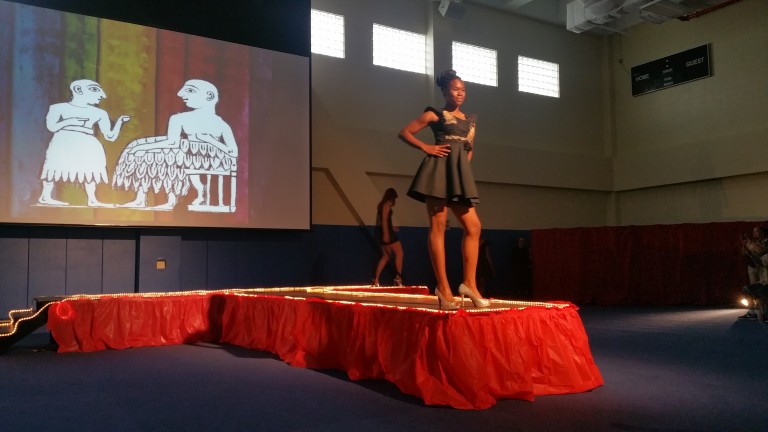 Sartorial skills were on full display on Friday for more than 100 supporters as the Boys and Girls Club of Metro Queens hosted the Teen Lives Matter fashion show at their Atlantic Avenue center.

“It was amazing,” said Vincent Lucas, fashion coordinator who worked with Cruz and Thomas on their GW Life collection. “I learned a lot from them. They were very creative and innovative, very focused with a good, hard work ethic.”

According to Lucas, the GW stands for “global warming.”

“The kids wanted to bring attention to global warming through fashion,” he noted.

Lucas went on to rave about the role of the host of the annual event.

“[The Boys and Girls Club] is a place where you can meet people who may have gone through similar life experiences, and just know that you’re not alone,” he said, adding that as a youth growing up in Ozone Park he would frequent the same Atlantic Avenue branch.

“This program encourages youth to explore the various career opportunities available to them in fashion and event production [while] helping them to build self-esteem and confidence,” according to the Club.

The fashion events are part of a broader arts enrichment program at BGCMQ that also includes Open Mic Night, Drama Matters, and Dance.