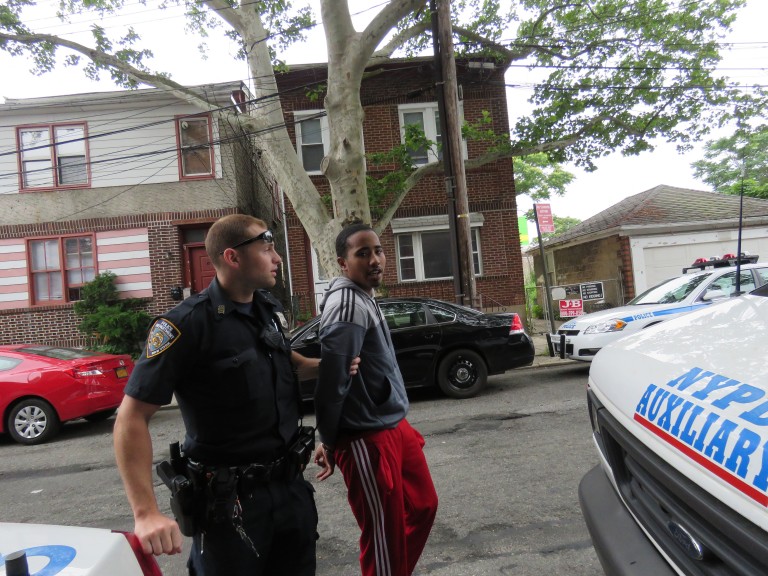 Now that’s quite the coffee break.

Members of a Police Department Anti-Crime Unit on Tuesday morning nabbed an alleged shoplifter who attempted to pilfer Apple iTunes Gift Cards from a 7-Eleven in Richmond Hill, according to witnesses.

The 20-year-old man noticed the plainclothes officers, who had stopped at the store on a break, apparently became anxious and bolted from the Liberty Avenue store. The cops caught up to him about half a block later.